Explanation for the video:


Michael Wetzel, father of 6, was shot and killed during the mass shooting in San Bernardino, California. His wife Rene speaks with CNN's Anderson Cooper. 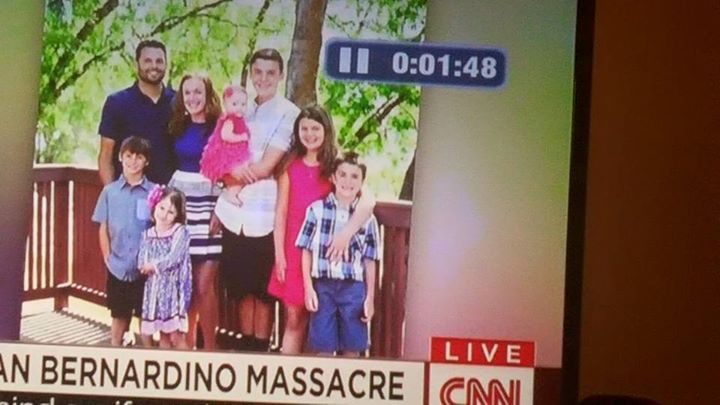 The arm around the little boy in the front of the picture looks feakishly large/disconnected from the girl whose arm it should be (by all outward appearances anyway). It looks as if that arm is coming from a person that is much shorter, and who is standing closer to the boy from behind (not off to the side)... it's like the girl was able to dislocate her shoulder and contort her body for this interesting photo. It just isn't checking out for me. Could they have added a "6th" child to make this story seem more sad? Not intending ANY disrespect here, just playing devil's advocate and trying to look at Why this photo anomaly might be present.

The photo can be found here: edition.cnn.com...

The little girl in the pink dress just looks off - her other arm that is straight also looks somewhat funny, I guess it could be the contrast with the dress.

I just wanted to share and see what people thought. Thanks for your input.

ETA: I tried to make the photo larger but lost a bit of the bottom border: 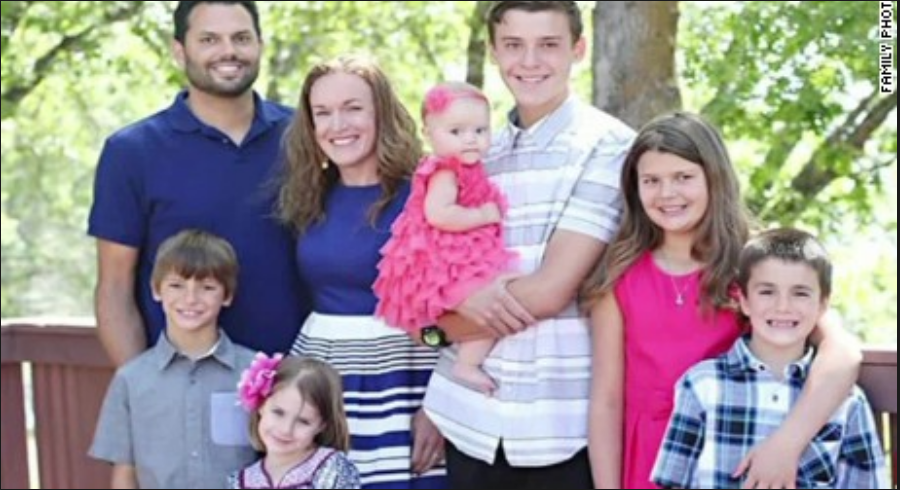 I agree. Something is not right with that arm.

Do you think the images are messed with just for impact? Whoever did that must be a trainee, lol, or on work experience.

I was thinking may be because it is closer to the lens could make it appear at odds perspective wise.

I don't trust images anymore. They can be played around with as much as words.

originally posted by: FamCore
I'm trying to figure out what might be going on in this photo:

The photo can be found here: edition.cnn.com...

The little girl in the pink dress just looks off - her other arm that is straight also looks somewhat funny, I guess it could be the contrast with the dress.

I just wanted to share and see what people thought. Thanks for your input.

ETA: I tried to make the photo larger but lost a bit of the bottom border:

It looks normal to me. The weight of her arm pressing against his shoulder makes her arm appear larger.
It's like crossing your arms to make your biceps look bigger.

Now that you mention it, it Does look like those 3 kids in the middle were added on top, maybe the original photo consisted of Dad, Mom, and 2 younger boys, and middle-aged girl. Then they moved the middle-aged boy all the way to the right and added in 3 more kids so this "Father of 3" is now "Father of 6" and it's more touching

Makes sense to me. I see motive anyway..

Except that a 8-9 year old girl doesn't really have much muscle/mass on her Forearm, so nothing really gets "pressed down" like you would see with someone's thighs or bicep.

To ME it looks like it should be the mother's arm, proportions for the girl in the pink dress look freaky to me in more than one way and it makes sense looking at the size of the mom to think that that arm might actually have been the mother's

Something definitely appears to be off with that arm.... and the hand appears quite large!

posted on Dec, 9 2015 @ 07:59 AM
link
I don't see why adding a 6th child would make the death any more saddening. Would it really make a difference adding one more kid after the 5th child?

That being said, the photo does look very odd. However, the zoomed in version of it actually looks pretty natural. I think it's just a matter of lighting and an angle.

Photographs have many ways of showing different things to different people.
edit on 9-12-2015 by alldaylong because: (no reason given)

In the big picture, I think the Father of 6 versus Father of 3-5 is just as sad,

BUT a Father of 6 is much less common. People might be more sympathetic when they here that this man was providing for SIX kids and a wife (as opposed to 3 kids + a wife, we all know a bunch of Joe Shmoes who can do that!)

Anyway, I think it's a better headline but you may be right, it very well could be lighting and angle. It just isn't sitting right with me but I'm tough to please I guess

It could be a collage of separate images super imposed? They needed one photo to show all the family together so they concocted an image from a series of other images. It looks all skewed. The perspectives don't seem to work.

I am thinking they superimposed some of the family members for a family portrait onto that background.

The other thing is, I could understand if the oddity was something small. But, you'd have to be a pretty big dumbass not to realize the kid you just spent 30 minutes cropping out of a different photo had a giant arm on it's chest.
edit on 9/12/15 by Ghost147 because: (no reason given)

originally posted by: Ghost147
a reply to: Revolution9

The other thing is, I could understand if the oddity was something small. But, you'd have to be a pretty big dumbass not to realize the kid you just spent 30 minutes cropping out of a different photo had a giant arm on it's chest.

That image could be made a lot quicker than that. We all know that MSM can be very lazy and make what they need if it is not readily available.

I really don't know what to think of this one. It is not sitting right with me either. So, on that score OP, you are not the only one questioning it.

"I could understand if the oddity was something small": Even you are admitting it is a big apparent oddity.

Ok, I have had enough of this oddity. Lol, what am I doing spending all this time discussing an out of place arm on a picture anyway? Being dragged reluctantly into yet another futile argument.

Good point - even if it isn't them concocting a sensational story, they COULD just have been in need of a family photo that had all recent pictures of the family members.

The "NEWS" is all about the images/graphic details and are Mostly concerned with how us "consumers" with perceive what they are telling us.

either way it's fishay and I have a problem with the methods, so I will continue to question and look into these things

this is not a trick question

the implication should be obvious 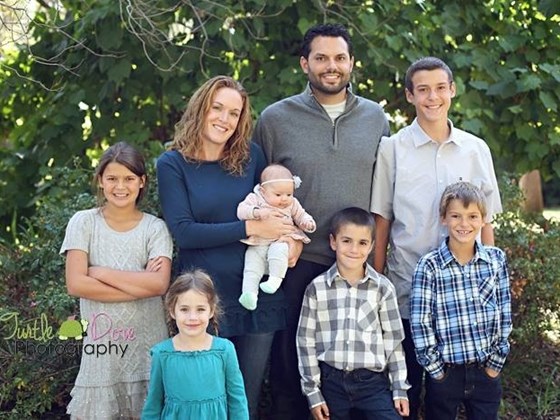 Same number of kids, kids look the same for the most part... I'm thinking if anything it was just them throwing together a few diff. photos to get a recent "Family Pic", or just a weird angle.

posted on Dec, 9 2015 @ 08:36 AM
link
I see Anderson Cooper and I know he's lying about something.
They don't put him on to report the truth.
The arm does look strange, that's about all.
I see no reason to add another child.