Dear's public defender, Daniel King, is known for handling tough capital punishment cases. Holmes–who was eligible for the death penalty after killing 12 people and injuring 70–was sentenced to life in prison without parole in August. The sentencing was a surprise, especially for prosecutors who focused much of their case on the heinousness of the crime, according to a report from the Wall Street Journal.

Wonder if all the handlers are the same?

It's so in your face these days it's unbelievable. They had to seal the records to make sure to get the story straight, I reckon.

One of the things that struck me when I first saw the shooter was the similarities between him and Holmes.
I mean seriously, even the lazy right eye.
localtvkstu.files.wordpress.com...
s2.reutersmedia.net...

It's so in your face these days it's unbelievable.


I agree. But more like, who else they gonna find? Takes a rare individual to actually defend such a crime, let alone sit next to and interact with this type of person all day in court.

the jury decides who is guilty and who gets the death penalty in Colorado.
so unless they have people that can be confirmed to be govt plants on the jury, i wouldn't put much stock in who defends him.

some lawyers specialize in certain areas. the boston bomber had a lawyer that specialized in getting life sentences not death, and you see how that turned out.

He will be heavily heavily medicated and institutionalized just like Holmes 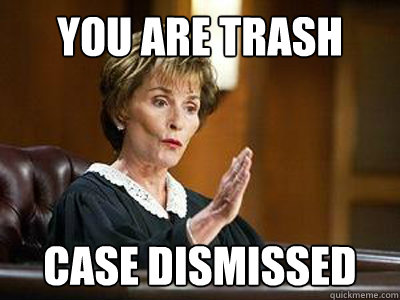 Nothing to see here folks, move along

originally posted by: Belgianbloke
a reply to: Signals

One of the things that struck me when I first saw the shooter was the similarities between him and Holmes.
I mean seriously, even the lazy right eye.
localtvkstu.files.wordpress.com...
s2.reutersmedia.net...

to illustrate my point here is a quick article.

e. The jury said they could not reach a unanimous decision on Holmes' sentence, an outcome that results in a sentence of life without parole. After the trial, one juror said that the prosecution had not persuaded three of the jurors to impose a death sentence. The deliberations, she said, were very emotional, and at the time jurors agreed to stop deliberating, one juror was firmly committed to a life sentence, with two other holdouts still undecided. She said, "The issue of mental illness was everything for the one who did not want to impose the death penalty." [UPDATE: One of the jurors who voted for a life sentence says there was not a single holdout juror for life. Three voted for life, and the jury did not inquire further into the views of the other two after the indicated that her vote was firm.]
Mentally Ill James Holmes Sentenced to Life in Prison in Aurora, CO Theater Shooting

I mentioned that last night; that the old man and Holme's could be related. Once more that "deer in the headlight" look of a mass murderer......

originally posted by: Signals
What a coincidence, huh?
...
It's so in your face these days it's unbelievable.

I feel like an idiot because I don't understand... What's "in your face"? What is the suspicion here? Seriously, I don't get what you're suggesting.

And it was just the warrants that were sealed. Not all the records. And it's probably temporary until the trial is over.

I remember watching bits and pieces of the Holmes trial, and the fact that he was so heavily medicated that he couldn't even respond to any of the judges requests which had to be directed through his lawyer.

I'm pretty sure he wasn't able to speak 1 coherent word throughout the entire process, he was in a complete state of euphoria which I think doesn't constitute as a legitimate trial.
edit on 1-12-2015 by Konduit because: (no reason given)

Yes, that blank stare is there too.

No need to feel that way, I'm suggesting this is a planned, orchestrated event. They even had an active shooter drill in that area not to long ago, like they always do first, call it a dry run.

I take it you will follow the "coincidence" route?

originally posted by: Signals
What a coincidence, huh?

It's so in your face these days it's unbelievable. They had to seal the records to make sure to get the story straight, I reckon.

We have a manufactured 'motive' by way of heavily-edited, misleading videos that originated with far more unnamed people than known ones.

It's not unreasonable to wonder what else has been manufactured.

As I noted in another thread, Dear had an entire separate online life while living off the grid without electricity as a recluse:

He seemed to have a separate life online. An online personals ad seeking women in North Carolina interested in bondage and sadomasochistic sex showed a picture that appeared to be Mr. Dear and used an online pseudonym associated with him. The same user also appeared to have turned to online message boards to seek companions in the Asheville area with whom he could smoke marijuana.

On Cannabis.com, the writer said in December 2005: “AIDS, hurricanes, we are in the end times. Accept the LORD JESUS while you can.”

Investigators claim they have knowledge of two forums he participated in leaving blatant clues as to how 'crazy, hypocritical, right-wing Christian' he is, and then his motive is tied to 'right-wing' propaganda. AND...then Obama jumps in with both feet to score political points, again.

How/where did he have access to the internet when he was a recluse living without electricity? Investigators managed to immediately find him online, but do they have that answer?

posted on Dec, 1 2015 @ 09:17 AM
link
They gave him an attorney experienced in this kind of thing so 'incompetent counsel' can't be targeted later on for filing an appeal. They are trying to cover the bases for the court trial and this way they can say he had experienced, competent representation. I imagine he will take a plea deal anyway, if the DA's office will accept an insanity plea.

originally posted by: Signals
a reply to: Benevolent Heretic

No need to feel that way, I'm suggesting this is a planned, orchestrated event. They even had an active shooter drill in that area not to long ago, like they always do first, call it a dry run.

I take it you will follow the "coincidence" route?

I wonder what exactly goes on in those drills. Specifically, I wonder how communication is directed and information filtered through federal, state, and local law enforcement.

Oh! So you think the Aurora shooting was some kind of set-up? And you think this one is, too? And Obama is behind it all? OK. This is a conspiracy board after all.

Daniel King (the attorney) is the chief trial deputy for Colorado's Public Defender office. It seems natural to me that he'd be the one to take these high-profile cases. He'll probably go for an insanity plea. And since it's already illegal for insane people to have guns, it doesn't make sense to me that a "gun grab" would benefit from making all the shooters out to be insane. That doesn't justify any new laws.

If Obama really wanted to set these things up to make more gun laws, they'd make the shooters out to be perfectly sane hunters and otherwise law-abiding citizens, like you and I. Because THAT would require us to look at making new laws and restrictions that would affect the majority of gun owners...

I don't understand the purpose of drills in this conspiracy theory. They certainly didn't prevent loss of life. Five cops were shot, one fatally. Doesn't make sense to me that a drill would have ANY purpose.

Thanks for the explanation, though. Have fun with your theory. I'm a skeptic and I don't see anything here but imagination gone wild.

originally posted by: MotherMayEye
How/where did he have access to the internet when he was a recluse living without electricity?

Anyone can have access to the internet. There are like 20 Internet Cafes in Colorado Springs. And the news was in the papers, too. He didn't have to watch the videos to get the story.
edit on 12/1/2015 by Benevolent Heretic because: (no reason given)

Sure, all Christians participate in S&M.
It imitates Christ's suffering on the cross.
I'm amazed how few people know this.