A symbol of American Air Power designed over the week end.

posted on Nov, 30 2015 @ 11:33 AM
link
An interesting, probably little known fact, is that the iconic Boeing B-52 Stratofortress was literally designed in 2 days to meet the Air Forces requirements when it asked for a jet bomber in 1948.


A Boeing engineering team takes an idea born out of the darkest days of World War II and creates a whole new aircraft during a weekend cram session in a Dayton, Ohio, hotel room. 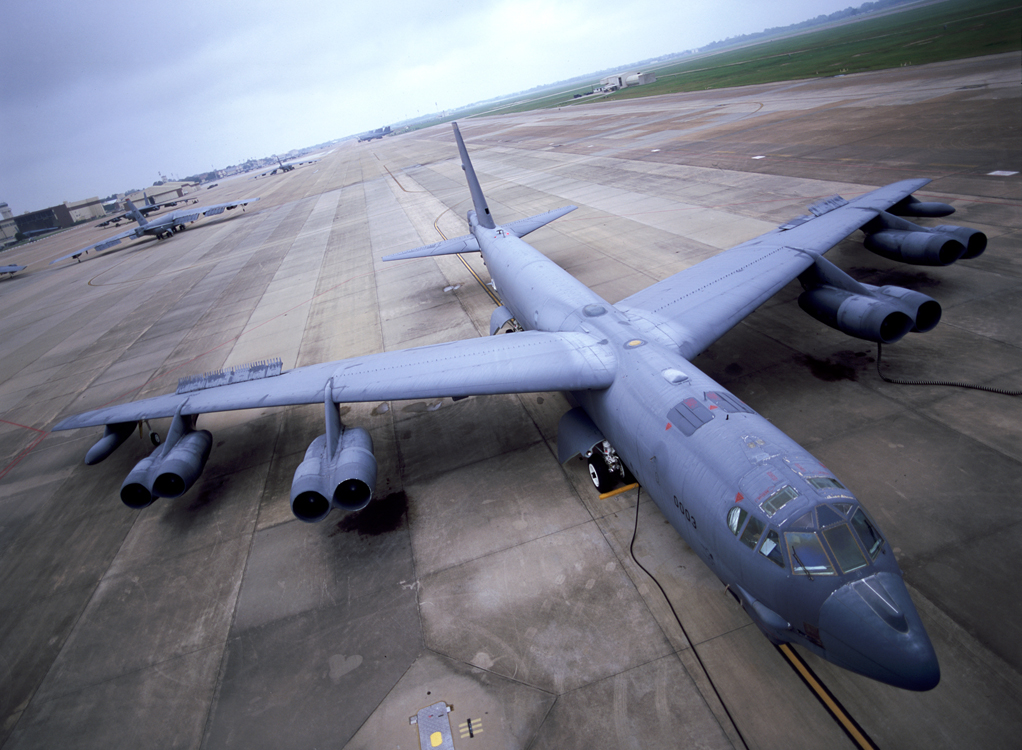 That was back in the good old days, when men were men, and engineers were engineers.

Considering how some aircraft takes years of designing and construction, you'd think that it would crash and burn.

Somehow it didn't and kudos to the many men and women who crafted this iconic aircraft.

Things were a lot different then. The B-52 had very rudimentary computer systems in the beginning, and was very basic. There wasn't a need for years of software development, or any of the development that modern aircraft require.

Right, if that was today it would be 6 months of design study, risk mitigation, re-evaluation of RFP, then they might actually make a model or two.

Several of the aircraft that Johnson designed, that the military bought were bought after he designed it and went to them and said, "You need this".

Things were easier when a plane was designed off basic flight principles and not around fly-by-wire and small radar cross sections.

It still took about six years of R&D from the start of design to the first flight in 1952 though. It took another three years after that before it entered service.

Things were a lot different then. The B-52 had very rudimentary computer systems in the beginning, and was very basic. There wasn't a need for years of software development, or any of the development that modern aircraft require.

That's true, which makes the achievement even more remarkable. No wind tunnels, no advanced computers-These modern JSF's could be immobilized by spam. There will never be another B-52, Spitfire or Sopwith Camel.

They had wind tunnels back then. The first wind tunnels were built in the early 1900s when man was first trying to figure out heavier than air flight.

Here's a picture of a B-52 prototype in one. 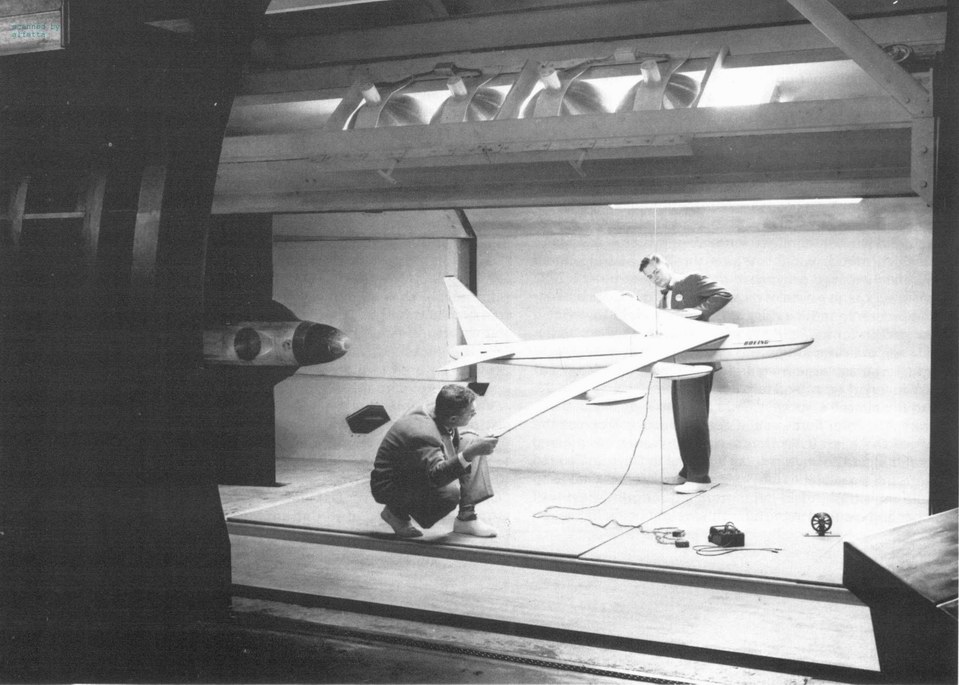 What I find amazing is that even with the 4 years of R&D from the Air Force pitch to the first flight, the final product doesn't look all that different (besides the canopy) from the balsa wood model they built over the week end to show the Air Force.


then they might actually make a model or two

Only after the contractor gets approval for a couple million dollars worth of change orders.

They completely changed the nose section. They originally tried the pilots sitting one behind the other, and I think at one point they even had a movable canopy. They quickly found it didn't work well and redesigned it.

My cousin flew them in the 60's. The museum of flight at Boeing Field put a loaner on display for a few weeks and he (who is now 80) went to see it. His reactions? "There are a lot more antennas than there used to be and now they have kids flying them."

Not to mention the original plans were for a straight wing powered by six turboprops.

Which is likely why the redesign was so quick/easy.

Basically, once they got the desired performance specs from the USAF, all they had to do was keep the basic fuselage cross-section, wing box design, COG etc. It likely wasn't much more complex than adding aa swept wing with jets, tweaking the empennage, and adding the fancy fighter nose.

Aircraft designs and aerodynamics in the 40's and 50's were still rudimentary enough that this sort of "plug and play" design was not just feasible, but commonplace. Just look at how aerodynamically simple the BUFF's wings were, with their straight lines and constant airfoil section, and you'll see a bit of what I mean.

But everyone was doing this, which was why incredible aircraft designs appeared practically overnight in this era, and examples were everywhere. The Boeing slapped swept wings and jets on a B-29 replacement and called it the B-52, Convair did the same to the B-36 and called it the YB-60, Lockheed threw big wings and a Q-bay on the F-104 and created the U-2, McDonnell added a second engine to the F3H Demon and created the phantom, and perhaps, most famously, Tupolev grafted giant swept wings, turboprops, a new tail, and a new nose onto a reverse-engineered B-29 fuselage and created the Bear.

It was a pretty wonderful era, and I wish I could have experienced it firsthand.

They completely changed the nose section. They originally tried the pilots sitting one behind the other, and I think at one point they even had a movable canopy. They quickly found it didn't work well and redesigned it.

That was because the B-52 was a follow-up to the B-47, another Boeing product with tandem crew seating. And Boeing actually had 6 years to come up with a final design. The Air Force (actually Army Air Force) issued a call for a new long range bomber in 1945. Boeing came up with 6 different aircraft until finally settling on the B-52. The last version built, the H model is almost a totally different aircraft than the A model. 742 B-52s were built from 1954 to 1961.

They screwed the maintenance guys on the H. I'm glad I didn't have to do much on them. Love the beast, but it got harder to work, not easier as they upgraded.