NSA to shut down bulk phone surveillance program by Sunday

The U.S. National Security Agency will end its daily vacuuming of millions of Americans' phone records by Sunday and replace the practice with more tightly targeted surveillance methods, the Obama administration said on Friday.

My previous thread on the topic.

This Sunday, a great shift will be taking place in history (supposedly). No, not a reversal of the Sun's magnetic field or a pole shift here on Earth, but a long awaited transition by the NSA to their new “scaled-back” system of collecting and surveying data.

It comes two and a half years after the controversial program was exposed by former NSA contractor Edward Snowden. The move, mandated by a law passed six months ago, represents the greatest reduction of U.S. spying capabilities since they expanded dramatically after the Sept. 11, 2001 attacks.

I'm not sure if I should be thanking Mr. Snowden or if his controlled leak of information is all part of the charade. Sometimes an old, antiquated system must be systematically torn down before a new, more advance system can take it's place. Snowden calling them out could've initiated this long overdue process as humans are progressively generating more data in a variety of different ways. Wouldn't want to miss anything of actual real importance, now would we?

Under the Freedom Act, the NSA and law enforcement agencies can no longer collect telephone calling records in bulk in an effort to sniff out suspicious activity. Such records, known as "metadata," reveal which numbers Americans are calling and what time they place those calls, but not the content of the conversations.

Instead analysts must now get a court order to ask telecommunications companies like Verizon Communications to enable monitoring of call records of specific people or groups for up to six months.


National Security Council spokesman Ned Price called the act, “a reasonable compromise which allows us to continue to protect the country while implementing various reforms.”

That's what I figured. These reforms are being sold to us like we are gaining something in the process. Just another hollow gesture by the same guys that have been lying to you for decades. I mean, I don't feel like my privacy has been restored in any way. And of course, there are always those fools in suits working hard against our best interests.

Some Republican lawmakers want to preserve bulk collection until 2017, citing the Nov. 13 Paris attacks in which 130 people died. The Islamic State has claimed responsibility for the killings.

But any new surveillance measures are unlikely to become law ahead of the November 2016 presidential elections. 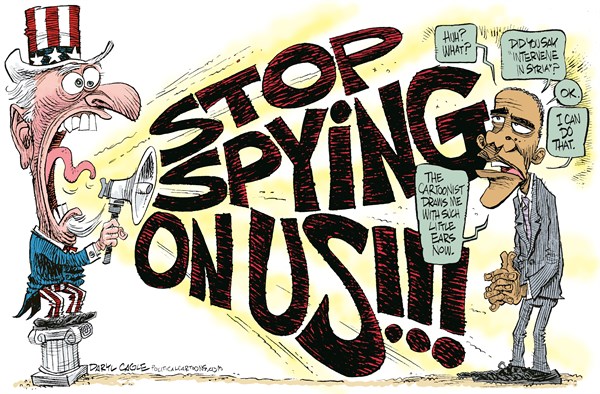 Just remember that when it comes time for election. And it won't matter which side of the isle gets elected. Only a true constitutionalists is going to help us at this point as even the new breed of freedom loving politicians still don't abide by it in the literal sense.

This move by the NSA is the sucker pop we get to indulge on while they reform and prepare for ever greater reforms once a new president is elected. Trust me on that.

They are purposefully creating a "broken" state so that there is confusion and lack of clarity or refinement relating to policy. Someone is going to have to come in and make sense of it all. A solution to a problem that they created. Sound familiar?

A presidential review committee concluded the surveillance regime did not lead to a single clear counter terrorism breakthrough that could be directly attributed to the program.

Metadata collected by the NSA over the past five years will be preserved for "data integrity purposes" through February 29, the White House said.

After that the NSA will purge all of its historic records once pending litigation is resolved.


So when the IRS loses data, it actually means that its not gone, just hidden. When the NSA is instructed by law to “purge” all of its historic records, what that actually means is that it won't be destroyed, just hidden, stored way up in the sky on some flying Google fortress. 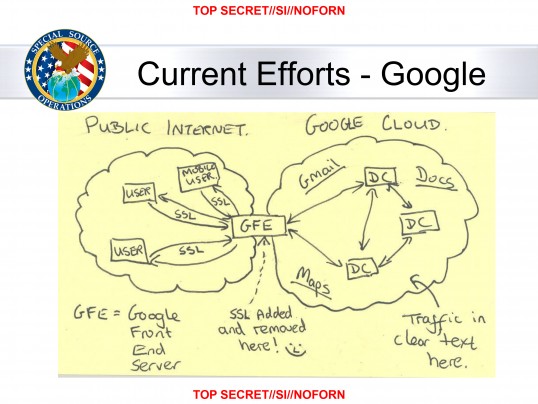 If this data was to the NSA was worth gathering unconstitutionally for this long, you can certainly bet it has a purpose. The suppression of our ideas, the distraction of our curiosity and the intentional confusion about where we stand as a species is constantly in effect. I imagine this data helps them correlate our current philosophy to the way we act, making it easier for them to stay one step ahead.

Knowledge is power and your data is their knowledge, think about it. No one had stopped them from acting unlawfullyin the past, why would this be any different. This just reinforces the fact that our government lies to us constantly. If your ignorant, you should feel safe knowing the NSA will no longer be collecting your cellphone data. We know this because they said so.

In the meantime, avoid using words like terrorist, freedom and revolution or the vox switch in your phone will activate and authorize their snooping under new "freedom protecting" regulations. Sorry, no one gets a free refund from the government. You'll only realize what you've given them in return after its too late. 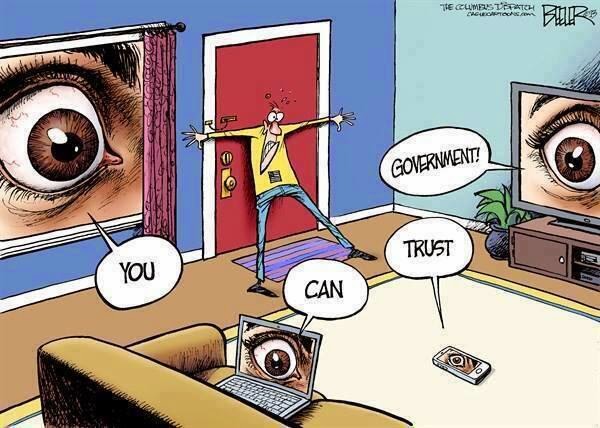 I don't believe for a second they shut anything down.

They changed the name and covered it in layers of BS.


They changed the name...

posted on Nov, 29 2015 @ 02:00 PM
link
The only reason they are shutting it down is because they've got something better and this system isn't cost-effective. The amount of actionable intelligence from such a system has to be incredibly low compared to the cost of expensive analysts listening to the most promising stuff (most having been automatically rejected by computer) and judging it irrelevant.

They get some publicity out of the deal, but there is no way the NSA is giving up compiling information of this magnitude. They've just found a better way of doing it.

Agreed. Social media. Why spend a dime when it's already in place. The first thing people do in the morning anymore (most, I personally do not have a FB account) is post their 20 & M.O. for the day...

Lol even the criminals....

Now, instead of the NSA keeping the metadata onsite, the organization will theoretically have to obtain a warrant from the secretive Foreign Intelligence Surveillance Court (FISC) to request metadata pertaining to a person or a group from a telecom company.

Privacy advocates largely pulled their support for this reform effort before the USA Freedom Act was passed, saying that the language in the bill was too vague and noting that no “probable cause” standard was required to be granted a warrant through FISC.

The Office of the Director of National intelligence (ODNI) released a press statement on Friday explaining that going forward the NSA need only show FISC that it intends to request metadata based on "a 'specific selection term'—a term that specifically identifies a person, account, address, or personal device in a way that limits the scope of information sought to the greatest extent reasonably practicable.”


Wasn't the NSA to stop previously but didn't. Who is going to know if they do whatever they so desire.

posted on Nov, 29 2015 @ 03:17 PM
link
Well thats more overtime at GCHQ doing all the hassle for the NSA then, nothing will actually change other than who does the actual physical spooking.

Knowledge is power and our data is their knowledge, think about it. I'll be keeping a watchful eye on this development. I hope you all feel safer and more secure as you can rest assured that the NSA will no longer collect your cellphone data. Just make sure to avoid words freedom, revolution, and terrorist or the vox switches in your phone will activate and authorize their snooping under new "freedom protecting" regulations. I can see it now... edit on 29-11-2015 by eisegesis because: (no reason given)

files.abovetopsecret.com...
They already have us identified, sorted, classified, wired, and under constant surveillance.

It is they, that are celebrating, and taking a sigh of relief. Mission accomplished.

For us??? I guess things are just going to become just a bit more interesting.

posted on Nov, 29 2015 @ 06:30 PM
link
Thanks, nice thread presentation. It's about damn time this ends but it's likely not a true ending. Wonder if there's a motive for announcing it. Doesn't mean it will end warentless phone tapping when under investigation which has been going on for years.

The rest of the data charted from people's activity, from texts, chats(PSN is supposed to be the go to for terrorist chatter) and especially social media, is still being categorized plus still out for scrutiny.

Don't believe a word of it