Police: Domestic violence call turns out to be man trying to kill spider

originally posted by: LABTECH767
This made me chuckle, I have a fear of spiders but believe it is a learned response, if someone in the family is frightened and reacts badly to them children tend to pick up on it.

My mother taught us, though she herself is frightened of most creepy crawlies, to catch them rather than hurt them as all life is precious and in her words they never asked to be a spider so whenever I see a spider I get a cup and piece of card and release them into the nearest bushes.


While I agree it can be a learned response, thats not the only cause. When I was younger I really hated the little blighters, but when I got older I lost most of that fear. The reason I feared them less was because I couldn't see them so well. I could see they were there, just looked very blurred without my specs.
I'd always known there was some kind of trigger mechanism for the fear, then one day I heard (think it was radio four) a guy saying that research had shown that humans dislike sharp angles and also dislike dark objects and things that move fast. Spiders have sharp angles on their legs, they are usually black and they move fast. They have three things that we are wired to dislike.

originally posted by: Nyiah
I'd say the solution to Oz's giant spider problem would be to outfit every resident with a flamethrower & declare war on the bastards, but Mother Nature's own brush fire endeavors apparently don't so much as budge the arachnid population :/

I remember when I was working in NSW fighting a bush fires for the summer and at one large fire we had a bunch of Victorian support teams there with us (note I am Victorian but work interstate during the summer). It was around 12.00am and we had been blacking out in our sector and everyone was tired as hell after working for about 20 hours straight, but the job was finally done and things were quiet, so we were able to take a bit of a break.

The Victorian crew all collapsed to the ground exhausted while the NSW part of the crew remained standing and when asked why we weren't taking this short time to relax a little, one of our crew leaders replied "because it's pitch black and most of the FUNNEL WEBS in the area would have survived in their underground burrows"..."They've probably already started to come out to search for unburnt ground and they'll be pissed off as hell"..!!

I have never seen a group of people jump up so fast in my entire life. Screaming and crying like little girls, brushing themselves down and calling for their mates to check them over with their headlamps and then start spraying full bottles of repellent all over themselves (which wouldn't help one little bit). lol

Nup, fire pretty much has no effect on most things that crawl in the Aussie bush. 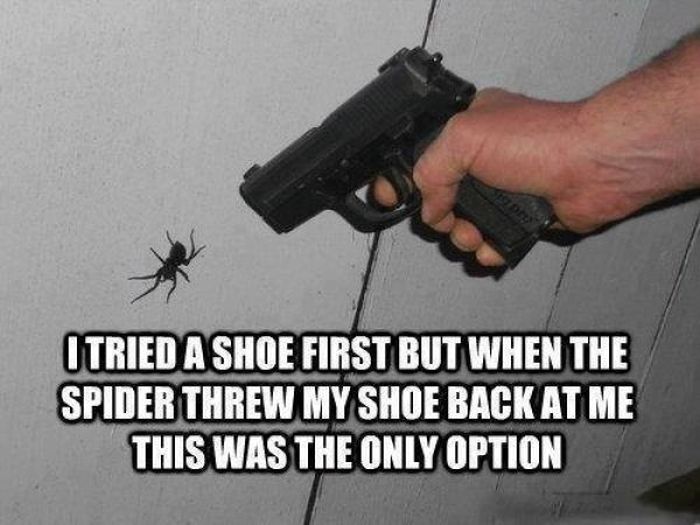 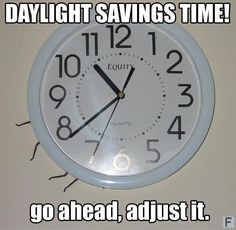 This is too funny!!! Not just because, but I had something similar happen. We were in Germany at the time, in housing that had shared walls. One night, a small house spider was way up at the top of a window, at the edge of the curtain rod. My eldest is deathly afraid of all spiders, even teeny harmless ones like that, so I went to kill it. I got the broom, because of the height, and whacked the spider, and the hardware for the window, no doubt immediately pulverizing the spider. She saw it vanish, and assumed it had hit the floor, and must be charging her. So, bloodcurdling scream, of course, right after the "whack whack whack" to kill the spider. The lady on the other side heard this, and assumed some kid was being beaten. Cops showed up, and were told what happened, with some lovely reenacting by little brother, who couldn't stop laughing himself in the retelling. All of us, cops included, were laughing, except my screamer. She was beet red from chagrin.

I saw one once I would have shot, literally, had I been armed! In Florida at the time, Land O'Lakes area, and the place ny eldest stayed was crawling with wolf spiders. Big ones, too. As in, huge. She claimed one was really big, and one night, one crawled onto an end table that was the size of a tarantula. I said, "Oh, there's the bog one!", to which sshe replied, "No, that's not it." I though she was being a spaz, and started to say so, then we both heard IT, going up the wall across the room. This thing was ginormous. I am talking ten inches across, at least. WAY bigger than a big tarantula! There aren't supposed to be spiders that big in teh States! Wolf spiders aren't supposed to even get tarantula-sized. This one, though, was one for the record books. I hit the cucker with a two-by-four, dead on, and it reared up and chittered at us. That was it. We fled. A gun? I'd have shot it. The spider guys could examine the remains, with a hole in the middle. Someone asked me, "Why didn't you try and catch it?"

Yeah, right! I get jittery even now, years later and states away, thinking abou that thing.

Yeah, I just spit out my drink.

Thanks for the laugh

just happy to hear the guy didn't get shot or tazed for it and had a good ending,lol