Is MIA on the migrant boat because she cares or just a PR stunt to mend her ailing career?

posted on Nov, 27 2015 @ 11:47 AM
link
I am very cynical when it comes to people doing such visual stunts when their career and money making potential could rocket as a result.

The artist MIA, who scored a one off hit with this admittedly cute song "Paper Planes":

is pulling a media stunt performing on the refugee boats to Europe.

What do you reckon guys? MIA, well I think she is cute, but I have NO trust left.

Is is true what she says about herself and the people she is sticking up for?:

Is she and the refugees really just you know whatting us? Do they have EVERY right to?
edit on 27-11-2015 by Revolution9 because: (no reason given)

Paper Planes was partially about refugees...and getting really high. Maybe she just wants to get high with all of the migrants and make fake visas for them.


About the sound of gunshots in the chorus – "If you’re an immigrant you left somewhere and most of the time you fled a war. Gun sounds are a part of our culture as an everyday thing. If you’ve been exposed to gunfights and violence and bombs and war then I can use those sounds backing my thoughts, ya know? Look, I’ve been shot at so I’m quite comfortable with gunshot sounds. If you have a problem with it, go and talk to the people who were shooting at me." Asked about its relation to paper planes and the lyric – "I fly like paper, get high like planes/ if you catch me at the border I got visas in my name/ if you come around here I make ‘em all day" – "We make our own visas [...] A paper plane is the visa itself." – M.I.A. talking to The Daily Beast about "Paper Planes".[10]

posted on Nov, 27 2015 @ 11:54 AM
link
Probably a little from columns A & B. If I understand her background correctly, she's from Sri Lanka originally & her early life was up close & personal with terrorism. I do recall reading something somewhere a few years back about how a bombing/attack on her school there lead to many taking refuge in a nearby school (British, I think?) and how it left it's mark on her.

I believe, if I've interpreted her music and interviews correctly, a lot of it is a giant F You toward that era of her life. I do know one album was directed toward her dad to a degree, who did his share of fighting also.

Sometimes when I look at this woman I just crack up laughing.

People and motives, appearance and REALITY!

Was her family the Tamil Tigers?

posted on Nov, 27 2015 @ 11:59 AM
link
In paper planes, wasnt there some controversy about her having ties to some extremists?
I remember hearing something about a flag being waved in the video and it coming to light about her father belonging to some group.
Could be wrong though

originally posted by: Revolution9
a reply to: Nyiah

Was her family the Tamil Tigers?


I'm not entirely sure off the top of my head here. I'll have to look that up to be certain, but I'm marginally sure she has said he wasn't. Rival group, I think.

Best I can find on the fly, but she was very offended at the notion of being considered a TT:

I am torn in half over this world. 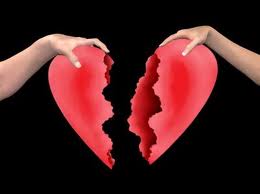 My judgement on this, for all it is worth:

Ten out of ten for you MIA! This BORDERS video rocks. I trust you for all the right reasons. I trust your humanity. This is a wonderful and impressive expression of the Migrants situation. Astute and clever use of the medium.

Is this thread a bit too real for your stomachs ATS, like me?

Mia is just another pawn in the whole social engineering program. The rap industry in which "artists" are paid to sing and perform creations made by others. Take Beyonce, or Drake for example... These "artists" do not produce their own work, they pay for others to create it, and perform it themselves.

Edit: The real question is WHO writes the music/message behind what these "artists" are pumping out into the population. Given their publicity and exposure, their ability to penetrate into places where theoretically they should not... gives credence to the whole idea of big brother/big agenda being the creators of the whole social engineering program.
edit on 27-11-2015 by chadderson because: (no reason given)

Nah, this is different. No other artists has handled this subject head on. Watch the Borders video. It will move you.

This only makes me care. It makes me realise some serious # is going on. These are desperate tactics.

I think her message is let them participate in the economy instead of kicking them (wars like the Iraq war, etc, and current violence).

It makes more sense. She is appealing to the guys that rule the world, like Bush and Rothschild. She is telling them that it would be to their advantage and everyone else's in all ways to stop the killing and making their homelands hell on earth.

In the UK I get kicked rotten still. All I want to do is contribute to the system. Every time I tried they treated me mean and abused me in one way or another.

Powerful message, powerful idea. May be it is time we all started listening to the voice of reason instead of the sword of death and destruction?

This performance makes me think. It is good for me to see such a performance and the MSM giving her some room to put her side.

I'll end this day today much happier than I started it thanks to this little gem. MIA ain't no do as your told Hollywood tool.

I am sorry, I don't have an ear for rap. I have trouble understanding the words, so it is not just her, but I looked up the lyrics, and I still don't understand the song.

I know it is full of questions, but the answers it seems she is implying, to my old fashioned mind, speaks to her being either gullible and naive, or something a tad more suspicious.

To be honest I thought it was a bit crap compared to some of her stuff.

She does push the weed adoration thing a bit far. With so much dodgy weed grown by vietnamese child slaves on the market, telling the kids weed is wonderful isn't going to improve standards.

My son was at a festival where she invited the whole crowd onto the stage for a spliff. Sure that's a good laugh, but it isn't going to make the world better.

If it was a career move she's run out of inspiration.
Probably too much GM weaponised weed.

posted on Dec, 1 2015 @ 10:33 AM
link
Maya Arul's father was a senior cadre in the Liberation Tigers of Tamil Eelam. As far as the government of Sri Lanka — and most Sri Lankans — are concerned, he was a terrorist.

The LTTE did indeed indulge in countless acts of terror, many of them deadly, spectacular and devastating. But they were also a separatist movement and a guerrilla army, fighting to achieve a separate homeland for the Tamil people of Sri Lanka. The LTTE were the spawn of decades of anti-Tamil discrimination and political repression by the majority ethnic group in that country, the Sinhalese, who also control the political process in Sri Lanka. The government fought them; the resulting civil war lasted 36 years. During that time hundreds of thousands of Tamils left Sri Lanka as refugees from the conflict.

Maya Arul, whom you know as MIA, was one of those refugees. She probably didn't leave Sri Lanka in a boat or arrive in England (I think it was England) by climbing over a fence. She would have flown there in an aeroplane and had people she knew waiting for her when she landed. But she was a refugee all the same, along with other members of her family.

So yes, I imagine she feels quite a close connexion with the current wave of refugees flooding into the West.