page: 1
40
<<   2  3 >>
log in
join
share:
voyger2
+15 more
posted on Nov, 26 2015 @ 04:55 AM
link
Israel’s Deputy Foreign Minister Tzipi Hotovely has met with representatives of YouTube and Google to discuss ways to cooperate in what she calls the fight against “inciting violence and terrorism”

Maybe she was talking about this video:

Or she/they think about doing this, without anyone knowing it :
- Member of Knesset calls for internment camps for Families of Palestinian attackers 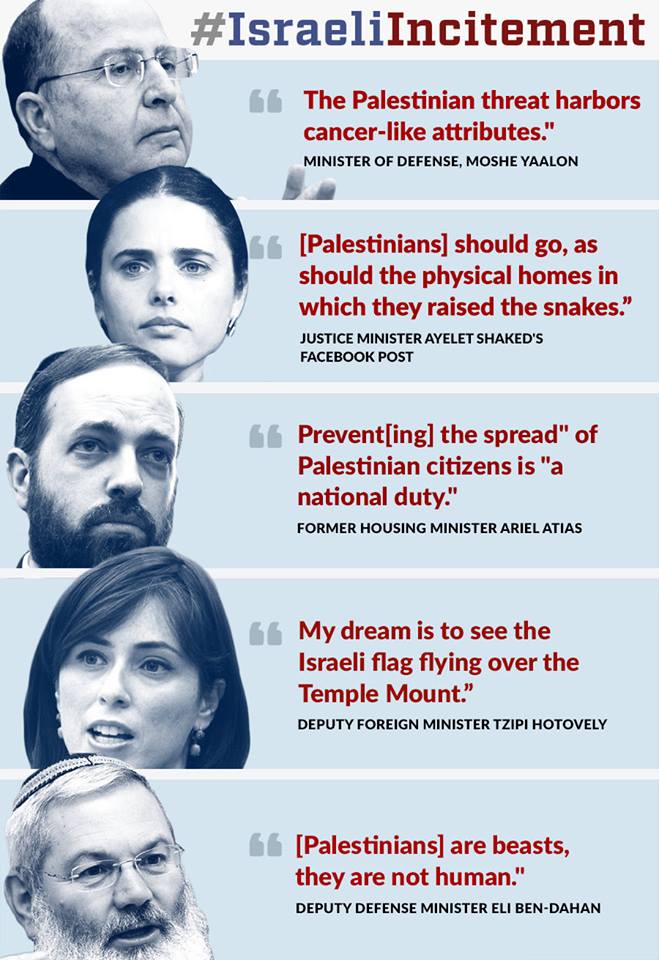 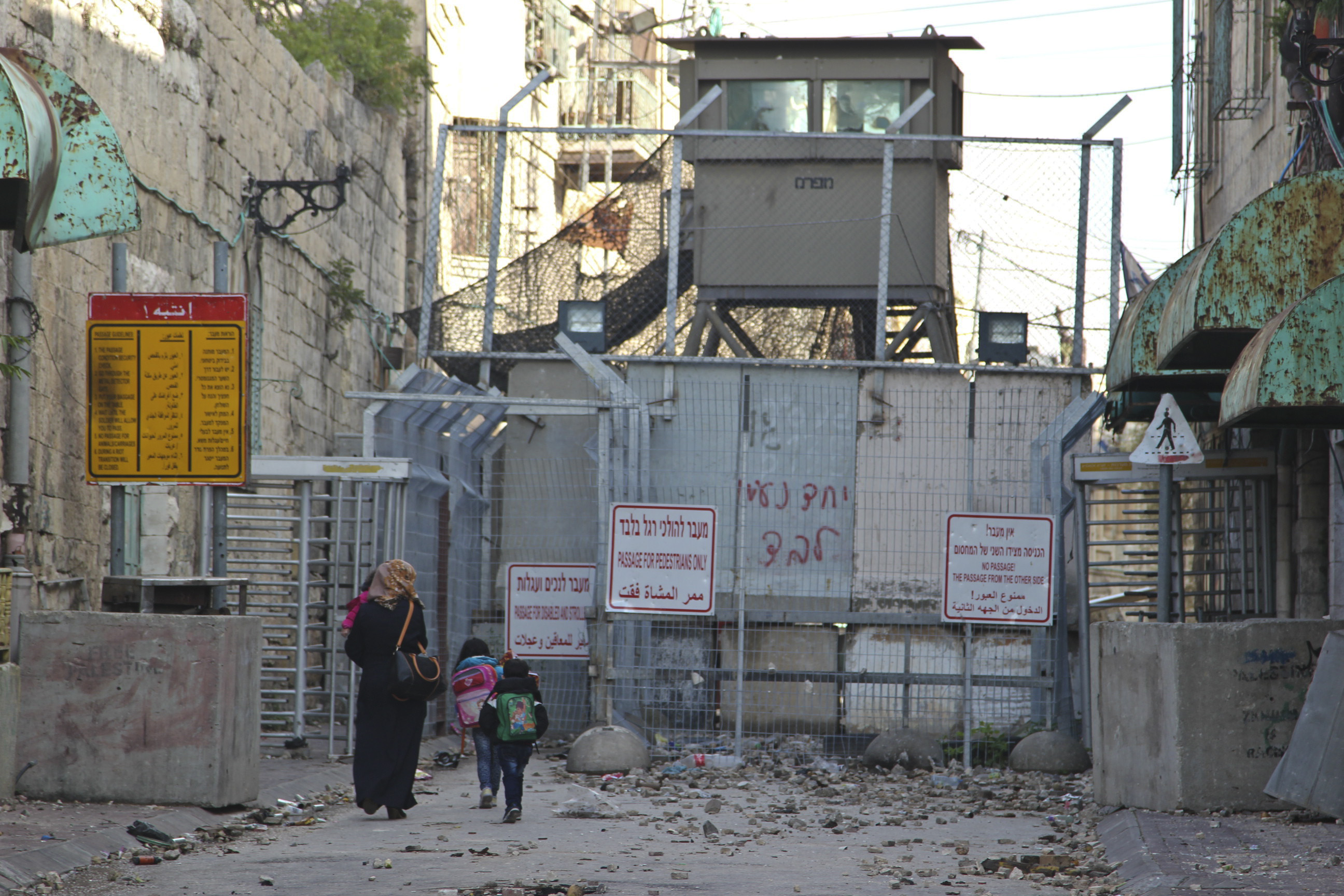 Since videos can prove something, they need to be taken way to open and free implementation of perpetual abuse:
- Palestinian beaten, held for days despite video proving innocence.
- The tip of the iceberg: Egregious abuses by Israeli soldiers.

But we all know that people are starting to wake up:
- American Anthropological Association Task Force calls for academic boycott of Israel

We need always Freedom of Speech, not the opposite, because that benefits the abuser/agressor. Those who stay in silence are also taking part in the opression/torturing and murder.


Since the latest escalation of violence between Palestinians and Israeli security services that erupted at the beginning of October, many people have been sharing videos depicting Israeli aggression towards Palestinians to highlight the Palestinian perspective of the conflict. London-based Arab newspaper Al-Araby Al-Jadeed has expressed concerns that the meetings suggest moves towards censoring Palestinian material on the part of the Israeli state.

elementalgrove
+16 more
posted on Nov, 26 2015 @ 05:02 AM
link
At this point with all of the documented atrocities, it takes a special kind of willful ignorance to stand with the actions of Israel against Palestine.


ETA- When discussing Israel/Zionism I always like to add a link to this group, seems they may know what they are talking about!

voyger2
+4 more
posted on Nov, 26 2015 @ 05:15 AM
link
Not guilty. The Israeli captain who emptied his rifle into a Palestinian schoolgirl


An Israeli army officer who fired the entire magazine of his automatic rifle into a 13-year-old Palestinian girl and then said he would have done the same even if she had been three years old was acquitted on all charges by a military court yesterday.


As I sit here watching Israeli forces stop to pose for a selfie before unloading bullets into the bodies of Palestinian youth and severing their lives in incomprehensible ways, I feel so angry, so horrified, so humiliated and burning with indignation, so raw that it’s like a fire raging with decimated hopes.

I’m desperately trying to figure out how to be alive in a moment when the indifference of the world to the suffering of my people has never been more unapologetic. I don’t live under Israel’s draconian punishment system and illegal occupation, but I find myself wondering how those in Palestine have suppressed a rage so strong it threatens to tear their being to shreds.

I’m crying out the ocean lodged in my throat, but I can’t seem to scream loud enough for the anonymous screams that are silenced by the fetters of bloodcurdling atrocities.

An Israeli army officer who fired the entire magazine of his automatic rifle into a 13-year-old Palestinian girl and then said he would have done the same even if she had been three years old was acquitted on all charges by a military court yesterday.

What kind of brainwashing do these IDF bastards go through and how the hell does one make this statement and then find themselves acquitted of all charges.

Tit for tat and tat for tit.

Yes it is wrong to censor anything that is journalism. Propaganda and incitement by all means, but not material that describes the reality of the situation. However, in war situations all becomes fair and opponents will use every means available to bolster their supposed moral high ground.

You and I both know how many examples I could drag up that demonstrate Palestinian atrocity in at least equal measure. I am not going to do that today.

I do not think you can bring anything up that would demonstrate Palestinian atrocities in the exact manner, one would simply have to compare life lost in order to make your contention false.

originally posted by: elementalgrove
a reply to: Revolution9

I do not think you can bring anything up that would demonstrate Palestinian atrocities in the exact manner, one would simply have to compare life lost in order to make your contention false.

I assure you I could; literally thousands of incidents:

Since December 2005, Palestinian terrorist attacks have claimed at least another 154 Israeli lives."

"This article contains Lists of Palestinian suicide attacks carried out by Palestinian individuals and militant groups. The international community considers the use of indiscriminate attacks on civilian populations[1] and the use of human shields[2][3] as illegal under international law.[4]

Or...are the Palestinians like doves of peace and would not hurt a fly? They will not make peace. The Arabs generally do not want an Israel. They don't want Israel to exist and will not be content until Israel is gone. You KNOW this is fact. It is one of the aims of Jihad. Hamas and Hezbollah both conduct attacks against Israel constantly.

It is a war. This is what happens in war. We can go blaming this for that, but ultimately anyone can amass data for their side having the moral high ground. Just like the OP is doing for his/her side. I did not want to have to play this stupid game, but you just forced me to play my hand.

# war. It never achieves anything. How can killing and maiming bring anything positive to humanity?

Your precious Palestinians are violent killers and murderers. They even get their 13 year old little boys to go stabbing innocent civilians. That is what the adults teach the youngsters in Gaza.

If Europe had not murdered so many Jews in the 1940s then it would not have been necessary to take such drastic steps to protect the Jews and have the security and status of a homeland. The day Hitler started practising genocide on the Jews was the day Israel became a necessity.

Either disagree or agree. Makes no difference. I acknowledge that Israel has not been a Saint in all this, but their enemy fights very dirty and amorally indeed. Must needs!

I don't want to say anymore because it is pointless. If you have made up your mind that Israel are evil and Palestine is good I will not be able to change that.

I get your point to an extent, although, there is a clear aggressor and one who is defending themselves. How exactly are Palestinians supposed to react, simply cower and take the abuse?

They had nothing to do with the war in Europe. How does Hitler committing genocide lead to the justification for Zionists to do the same to Palestinians?

It's a desperate situation. Things need to evolve to 21th century. No one in this world should be opressed (in this case for some much time) with everyone just ignoring it or even condone it. It can't be.

Both people need to live free and be judge by their own faults/acts. We can't only blame one and other goes "unpunished" opressing/controlling/sieging/torturing/murdering and ascending over others ethnicity. It has to be stoped.

The victim can't be seen has the agressor .
Palestinians have the right to live free in their own state.
edit on 26/11/2015 by voyger2 because: (no reason given)

well when you invade another land and kill and subdue them they are going to go a little crazy. imagine if someone else came to your state said it historically belongs to them and you gotta pack your # and go? what would you do?

An Israeli army officer who fired the entire magazine of his automatic rifle into a 13-year-old Palestinian girl and then said he would have done the same even if she had been three years old was acquitted on all charges by a military court yesterday.

What kind of brainwashing do these IDF bastards go through and how the hell does one make this statement and then find themselves acquitted of all charges.

The true depth of their crimes against humanity has probably barely even been scratched, makes me sick.

Have you looked into the 2003 death of American activist Rachel Corrie? She was protesting the demolition of Palestinian homes in the Gaza Strip & stood in front of one of the homes. The IDF ran over her with a bulldozer anyway. The reason I bring that up is because there became a running "joke" with some IDF members of eating "Rachel Corrie pancakes". Here's an article from 2013 showing IDF soldiers doing this & posting it on Facebook.

And here's a separate article from a different source about what happened when Palestinians got together this year to mark the anniversary of her death.

posted on Nov, 26 2015 @ 08:27 AM
link
For what I heard, right now, the occupiers today received a new batch of American arms. Rockets, military vehicles, warplanes and munitions. Thank you America, for providing weapons to kill childrens and those who can't run from their prison... well done! 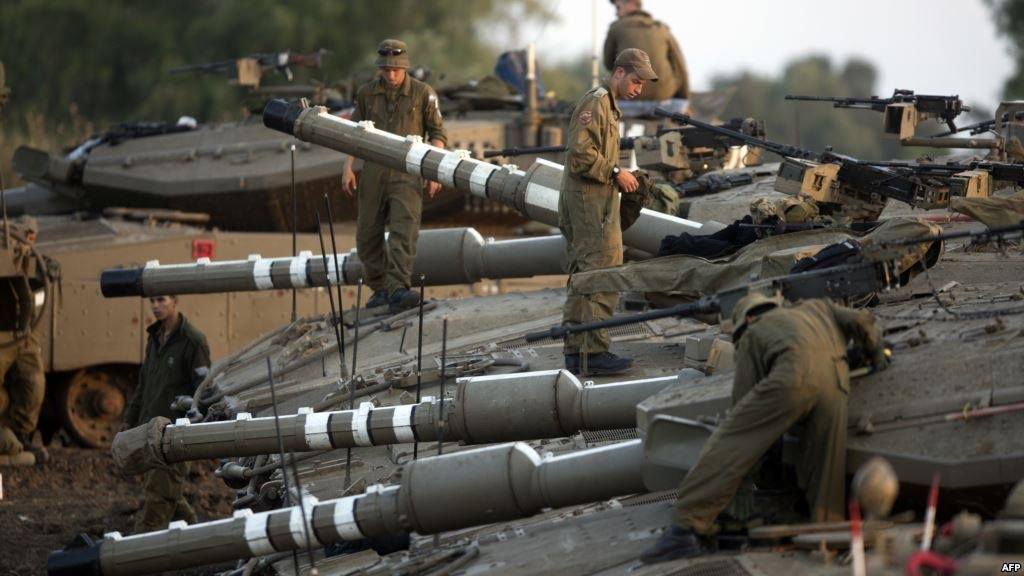 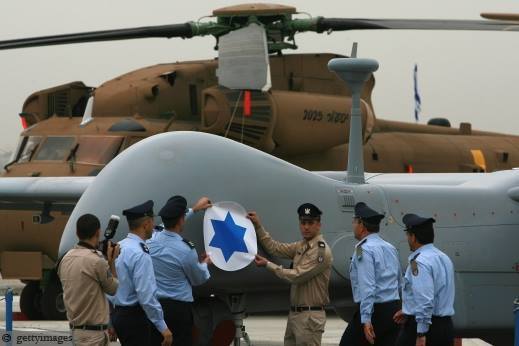 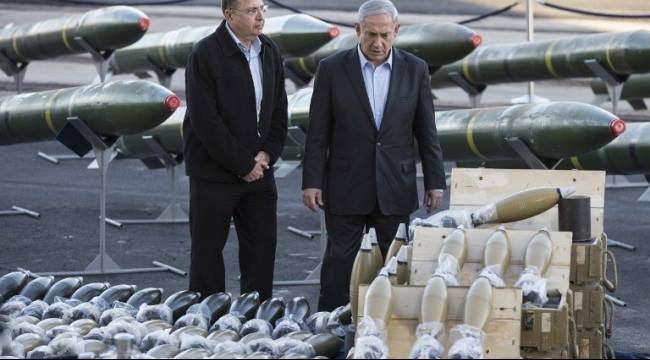 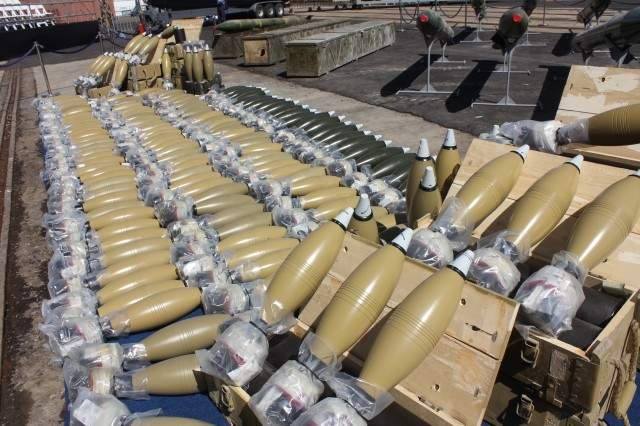 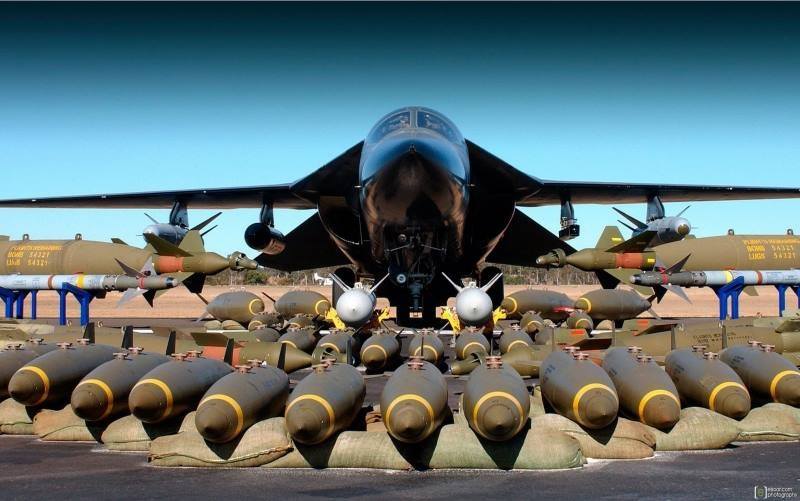 Youtube/Google and others for decades to censor information. And if I hadn't lost my database from the war on Lebanon I could prove it to you, but at this junction I just can't be arsed to re-create it.

They think we're stupid by trying to make us believe this is just now happening or happening for the very first time.
edit on 11/26/2015 by ~Lucidity because: (no reason given)

Censorship was rampant throughout Nazi Germany. Censorship ensured that Germans could only see what the Nazi hierarchy wanted people to see, hear what they wanted them to hear and read only what the Nazis deemed acceptable. The Nazi police dealt with anyone who went outside of these boundaries. Censorship dominated the lives of the ordinary citizen in Nazi Germany.


Unlike the Germans the Israelis want to take it worldwide. People need to wake up to the fact that the Likud party that runs Israel is the new Nazi party.

It also just so happens that Isreal is rarely attacked by international terrorists...

...and is allied with the US, and Saudi Arabia.

I'm sure it's all a coincidence.

posted on Nov, 26 2015 @ 06:01 PM
link
Considering the French have Began Shutting Down Alternative News Websites in light of the Paris attacks.

It cannot be any more clearer, that the Israelis and the French are basically playing by the NWO agenda rules of

You nail it pretty much spot-on Rev. There's a reason you are getting starred for that post.

Also, it's ridiculous to compare Hitler's attempted genocide during WWII to ANYTHING Israel has supposedly done to the Palestinians. Sensationalize much?

Ya welcome. use the weapons in good health.

Oh noes im a palestinian..im so oppressed. Im so oppressed i dont even actually come from this country but i am a child of a refugee from one of the surrounding nations who tossed my family to the curb for being a pain in their butts.