Intro from a new user

posted on Nov, 25 2015 @ 03:29 PM
link
Greetings - I am introducing myself as requested. Call me seekerfirst. Briefly, I consider myself a "veteran" of the underground/controversial news scene. I am over 35 years of age. Once I have made my 20 posts, I plan to start a thread about Theranos, if one does not already exist (I cannot find one; is there a search function on this forum?), among other topics (such as the secret-not-so-secret shadow-military that controls the United States. I live in the USA, "annuit coeptus" as it says on our one-dollar bill.

If anyone can point me to a thread about Theranos (and/or a Search function on this site), I would appreciate it.

That is all for now.

Welcome to the mad house

Welcome seeker first, may your time here be fruitful.

The search function can be accessed by clicking on the large green icon at the top right of every page, hope it helps.

posted on Nov, 25 2015 @ 06:52 PM
link
Thank you all for the warm welcome. I suppose it's not disallowed if I briefly mention a topic that I will soon be searching for here, and if I find nothing I will start a new thread.

Ask yourself what kind of a company has the following board of directors:

If you answered a company started by a 19-year-old dropout (albeit from Stanford, but that is part of the story/connection) could have assembled the following board of directors, none with industry (medical technology, specific blood testing) experience?

I am quoting from this Fortune article: fortune.com...

Theranos is a supposed "$9Billion USD valuation" company that has yet to make any products available, barring *one* station they had setup inside the Palo Alto (Stanford) Walgreens where they provided faulty blood monitoring tests.

That is all just for starters. Larry Ellison is their largest investor. One of their (if not THE) lead scientists committed suicide after working there from 2005 to 2013. Anyway, I will reveal more connections and ask more questions in the Theranos thread. But it's a fascinating example of the 1% grooming their own and creating fictitious wealth vehicles in the process.

Also, why do they want your *blood*? 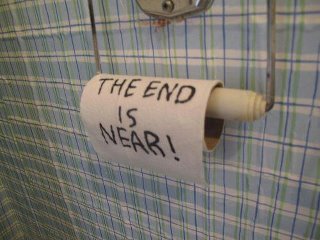 Welcome to the board

posted on Nov, 25 2015 @ 09:14 PM
link
Hi there. Looking forward to reading your threads, sounds interesting. I hope you enjoy your time on ATS.
See ya around the boards.
liw