Freemasons – A Disgrace to Humanity 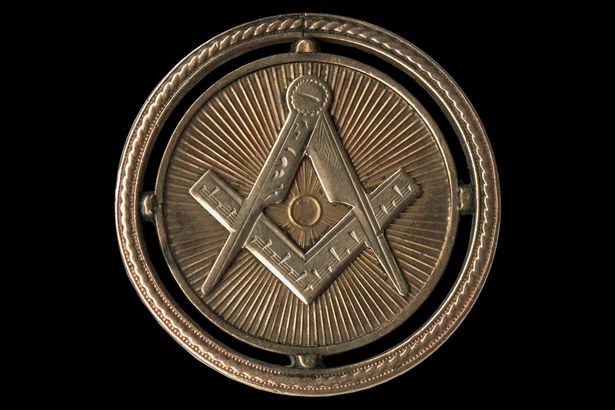 So you think the title is harsh? Too bad, because you guys have some serious explaining to do. Not only are you being accused of manipulating the inquiry into the sinking of the Titanic, your “brotherhood” is also being accused of completely engineering at least 200 years of British history.

The title is my only opinion concerning the matter, as I've come to the conclusion long ago that Freemasonry has and continues to manipulate all facets of economical and societal outcomes. I refuse to defend my position as I do not go around cramming my beliefs into the ears of others.

What I will admit is that you've entered a thread belonging to someone who does not fully trust or respect Freemasons. I believe there is a front to dissuade and a full scale agenda happening in unison, leaving us confused and bewildered. I've come to realize that one of your greatest secrets is actually who in fact is a Freemason.

I've often wondered, for a "society" so secretive, why do you advertise your presence at every opportunity? Why tell us that you're one if that is all you can tell? Whats with the signs, bumper stickers, badges, avatar names and pictures? What is it about your "cult" that requires everyone else who isn't a Mason to know that you are one?

When you are circumventing the law and manipulating history, you have exceeded our expectation of what you stand for and deserve any and all scrutiny. I can only imagine the Masonic affiliations that would require us to reevaluate history from an entirely different standpoint.

If this is a case of only those "bad" Masons who were led astray, I'm not buying it. When the world discovers what you stand for, only then can we agree on whether we find you necessary. I want an explanation.

The huge influence Freemasons had in ruling British society for almost 200 years has finally been revealed.

The names of royalty, statesmen, judges, military top brass, bishops and police have been found in a secret archive which lists two million Freemasons.

They show Kings Edward VII, Edward VIII and George VI were all Freemasons.

Military leaders the Duke of Wellington and Lord Kitchener were also members of the clandestine group founded by a group of men in a London coffee house in 1717.


Some more notable and influential figures...

Businessman Harry Selfridge is named in the archive along with social reformer Thomas Barnardo, famous bridge builder Thomas Telford and thousands of engineers who made Britain a world industrial power.


The next paragraph below will put it into perspective for you. We call presidents, politicians, judges, jurors, figureheads and mouthpieces we find controversial a whole myriad of names, often linking them to money and corruption.

What we should be doing as well is linking all of them to Freemasonry. At this point, things are unlikely to change, but it would be nice to have some of my suspicions vindicated.

More than 5,500 police officers, thousands of military figures, 170 judges, 169 MPs, 16 bishops and an Indian prince are listed in the Freemasons archive to be made public by family history website Ancestry.


Ironically, the publication of the archive came after a recent attempt to make the organization more open and transparent. I'm curious as to why that is, almost as if they want to take credit for their manipulative ways.

When you start to understand the roles that so many of them have played throughout history, you begin to feel powerless and defeated. We don't make history, secret societies do.

Now, for those that don't know or have never speculated, the newly released archive also links Freemasonry to the sinking of the Titanic. Whether they had a hand in it from the start or not, you can clearly see why there is a reason to be suspicious.

A secret archive containing the names of two million Freemasons has been made public for the first time on the genealogy site Ancestry which reveals extensive Masonic involvement in the controversial British investigation into the catastrophe.


Most of the shame (not blame), went to the captain of the SS Californian located 8 miles from the sinking ship, claiming that they stood buy after the initial flares were launched and only acted after it was too late. Sounds like deflection if you ask me.

The inquiry also found the shipping company White Star and it's parent company International Mercantile Marine Co. free of any wrongdoing or negligence. Captain of the Titanic, Mr. Adam Smith, “only did that which other skilled men would have done in the same situation”.

It confirms that not only the judge who oversaw the British Wreck Commissioner’s inquiry into the disaster and leading investigators, but also even some of those who escaped censure were all Freemasons.

While a US Senate inquiry into the sinking savaged the White Star Line and singled out the British Board of Trade for blame for lax regulations which allowed the scandalously small number of lifeboats fitted on the ship, the UK investigation overseen by Lord Mersey avoided blaming the Board of Trade.

Lord Mersey himself - John Charles Bigham - was, the records show, a Freemason, initiated in 1881 at the Northern Bar Lodge in London.
Crucially, so too appears to have been the President of the Board of Trade Sydney Buxton, initiated at Limehouse in East London in 1888 where he was the local MP at the time.

The names of at least two of the inquiry’s five expert assessors – Prof John Harvard Biles, a specialist in naval architecture, and Edward Chaston, the senior engineer assessor – can also be found in the Masonic archive.

Meanwhile Lord Pirrie, who was not only chairman of the Harland and Wolff shipyard in Belfast which built the Titanic but, crucially, also one of the directors of White Star’s parent company, also appears to have been a Freemason.


Titanic expert Nic Compton (credibility?), author of Titanic on Trial, called the inquiry a “whitewash” due to the lack of accusation and testimony.

Mr Compton said the British inquiry got drawn into more populist issues, such as whether Sir Cosmo Duff Gordon had paid the crew of Lifeboat 1 a bribe not to go back and pick up swimmers and whether Bruce Ismay had behaved like a coward.


The fact is, Freemasons are everywhere. Men of renown have been seeded into the underpinnings of civilization itself with relentless furor and everlasting support. What we know Freemasonry to be is fake. Those who belong are fooling themselves. Have a nice day.

Had to go there, didntja?

Look at it this way...how many people on this rock are NOT Freemasons?

originally posted by: NewzNose
a reply to: eisegesis

Had to go there, didntja?

Look at it this way...how many people on this rock are NOT Freemasons?

I learned that from the CareBears as a kid.

For the record, I am not a Mason.

I only had (now deceased) Masons in my family.

originally posted by: Tindalos2013
The Seal of the President of the United States, amongst many more, are very masonic emblems.


Yes, but every ATS member should know that! Its required upon entry!!

The motto inscribed beneath the pyramid in the Great Seal of America is "Novus Ordo Seclorum" which is Latin for "New Order of the Ages", and synonymous with the "New World Order". The momentous decision to print the Great Seal on the dollar bill was taken in the 1930s by the government minister Henry Agard Wallace (1888-1965), who later became Vice-President of the United States, second in command to President Roosevelt, from 1940 to 1944.

Henry Wallace literally believed that America was chosen by God to lead the world in establishing the New World Order. In his biography of this prominent American politician, D. McDonald wrote that: "Just as Wallace thinks of America as the nation destined by God to lead the world, so Wallace thinks of himself as a Messiah, an instrument through whom God will guide America onward and upward."[4] Wallace was a prominent Freemason, and he made no attempt to conceal the extent of his true beliefs when in 1934 he wrote, almost with prophetic religious fervour, about the profound esoteric significance of the Great Seal:

"It will take a more definite recognition of the Grand Architect of the Universe before the apex stone [capstone of the pyramid] is finally fitted into place and this nation in the full strength of its power is in position to assume leadership among the nations in inaugurating 'the New Order of the Ages'."

posted on Nov, 25 2015 @ 12:49 AM
link
There is more to the freemasons then you know. Alot of the secrets they keep is for good reasons. Their is things in this world that people are not ready for......a reply to: DOCHOLIDAZE1

and i suppose you know these secrets?

I know them, don't know their rituals.. But Im certain this thread will be amusing

I'm a Mason and many of my friends are. And we're not evil, or corrupt. And neither is our lodge.

I think you've taken in a big load of media hype. Yes there were many famous people who were masons. And those famous people may have done bad things. But that doesnt mean Masonry is bad, nor are all the people in Masonry bad.

Is that a fair assessment?

how do i join?

originally posted by: DOCHOLIDAZE1
a reply to: eisegesis

masons are fing c#*t$. They join a secret society and then take an oath to tell lies, but how they see it, they are keeping secrets, its classic psychopathic tactics. i hope they all burn, even the low level ones that aspire to be psychopathic liars.

And, it's probably not a good idea to advocate violence and death to ATS members ("I hope they all burn"), given today's climate.

Are you joking in the OP, or are you serious?