France pull out of Syria it's a trap

Here's a real prediction for you...

All of Europe and Russia will be united under King William...
edit on 22-11-2015 by 5StarOracle because: Word

Or Brussels or NATO, take your pick.

The lockdowns will continue until morale improves.
edit on 22-11-2015 by intrptr because: spelling

There's so much wrong with your "prediction" I don't even know where to begin, but lets start with the obvious...

Just how do you think Russia is going to wipe out the "western fleet" - whatever that is.. That's ignoring the obvious question as to why....

more houses than just that one.. Did you miss the late announcement? A older house than any of the houses.. An original, makes things more interesting

I predict that France and Russia will forge a new friendship that will cause other western nations to rethink their view on the country and ultimately see Russia assume a new role in a united and more stable Europe.

The downside is that unless America quickly rethinks it's policies it's going to find itself an isolated has been State.

originally posted by: Metallicus
a reply to: piney


originally posted by: Metallicus
a reply to: piney

I predict my post here quoting predictions as predicted will be removed to prevent thread drift. 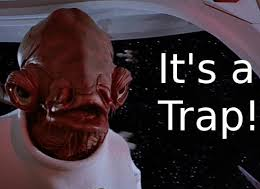 There will be a temporary alliance between the west and Russia while we fight a common enemy. We will all work together through various means to defeat IS, remove Assad, and attempt to restore some stability to the region while working our butts off collectively to hunt down and apprehend every religious psychopath in our countries.

It won't be entirely friendly and warm, but we're going to work together to destroy this common enemy while each side remains slightly suspicious of the other.

When this is done and every IS operative is either dead or apprehended in a secure facility, and Assad is in the process of being replaced by an elected government in the country, we'll end our uncomfortable alliance and return to what we've been experiencing over the last 5 years with Russia - unless in that time Putin is replaced by a more rational and forward thinking leader.

There is no "trap" here other than the one IS is attempting to set - the division of Europe. We must not give in to this, we must remain united and reject the other side of this extremism (the nationalist, racist, xenophobic, ignorant fools) with equal measure.

you know what is great about this title? Remove Syria and France and insert any hetero couples names like bill and Tiffany, mike and sarah ect and the title takes on a whole new meaning
edit on 23-11-2015 by jobless1 because: (no reason given)

The French philosopher Michel Onfray wondered about the opportunity for France to bomb ISIS in retaliation of the latest Paris attacks.
His statement was then re-used by ISIS propaganda in order to defy France.
Video link

Those links are in french.

Don't you see? Piney is one of "those types" of posters who is privy to information we are not. Should we ask him to elaborate, he'll give us another loose, ambiguous diatribe with as much sense as his first. And he couldn't POSSIBLY explain it to us, because even if he wanted to, our minds just couldn't grasp the "obvious".

2) It's much more easy now to understand on which 'side of the force' Turkey - and it's allies - stands in the fight against ISIS.