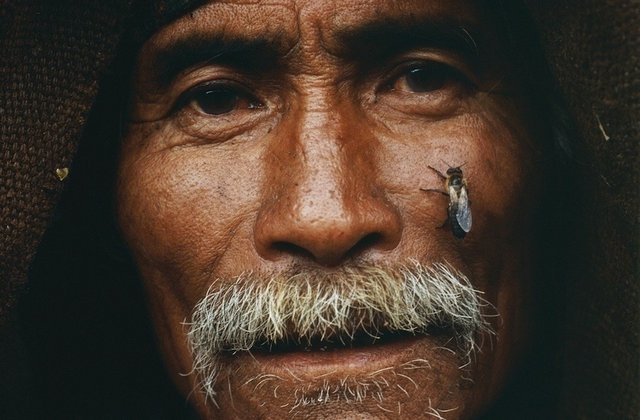 A fascinating and perilous journey is made twice a year by Nepalese tribesman in order to secure honey from the Himalayan cliff bee. Not only does the honey induce a sense of euphoria when eaten, its also said to host a wide range of medicinal properties. 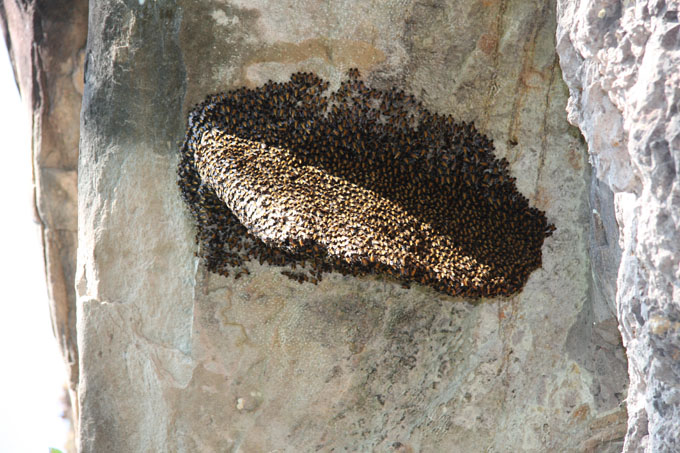 Twice a year, members of a tribe located in Nepal risk their lives climbing the steep peaks of the Himalayan Mountains to harvest what’s called “mad honey.” The Gurung people migrated from Tibet in the sixth century to the central region of Nepal where they practice Tibetan Buddhism and Bön or shamanism. 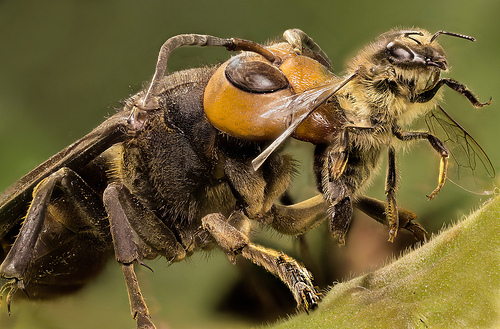 One of the tribe’s most sacred and important rituals involves the dangerous task of collecting honey made by the Himalayan cliff bee, the world’s largest bee, measuring just over three centimeters long. 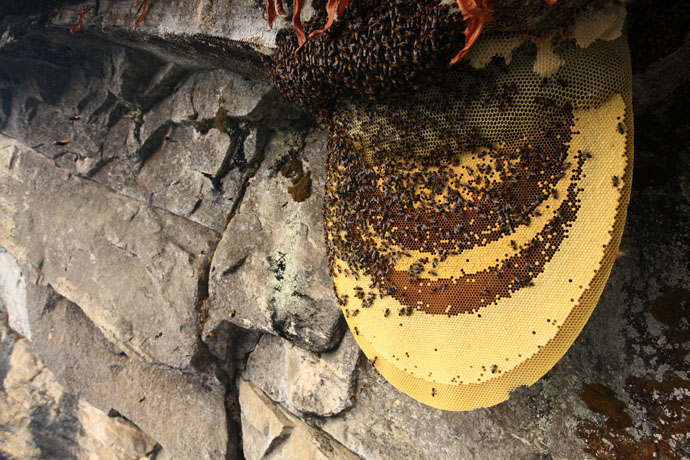 Mad honey, also known as “red honey,” is an essential commodity among the Gurung people, providing a range of interesting uses, including psychedelic, mind-altering effects, as well as medicinal benefits. It also serves an economic purpose as left over honey is often sold in village markets for a high price.


The honey's toxicity is said to vary according to season and is believed to be most potent during Spring when the over-sized bees make their honey from the poisonous Rhododendron flower, which coincidentally is also the national flower of Nepal. 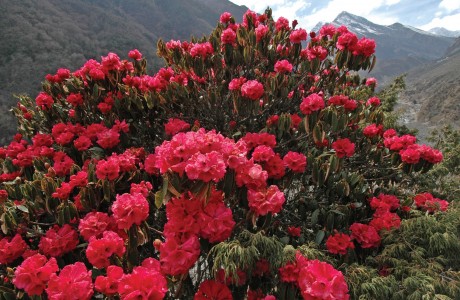 In small doses, red honey serves as a recreational drug through its powerful hallucinogenic properties, causing intense feelings of pleasure, relaxation, tingling sensations and dizziness. But if too much is consumed, the red honey can be fatal; however, its medical benefits are far and wide. 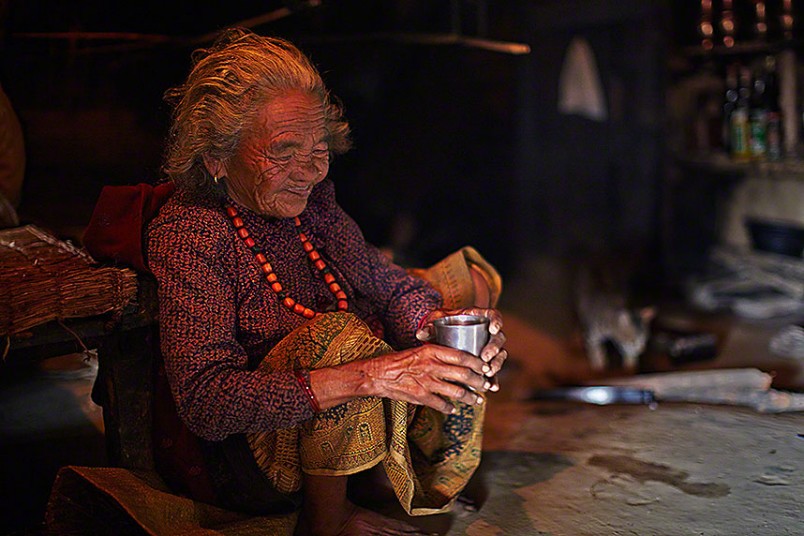 The village people use the exotic honey to treat a variety of ailments, including hypertension, diabetes and low libido. They also believe a spoonful a day boosts their immune systems. 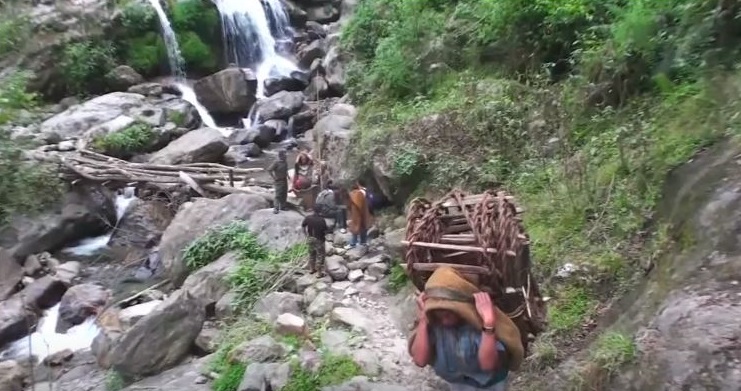 In order to reach the hives, the Gurung people must embark on a three hour journey complete with honey harvesting tools they carry along the way. These items include a thick rope that is used to make a ladder, large woven baskets for transportation and last but certainly not least, a live chicken to be used in a ritualistic sacrifice meant to summon the gods for protection. 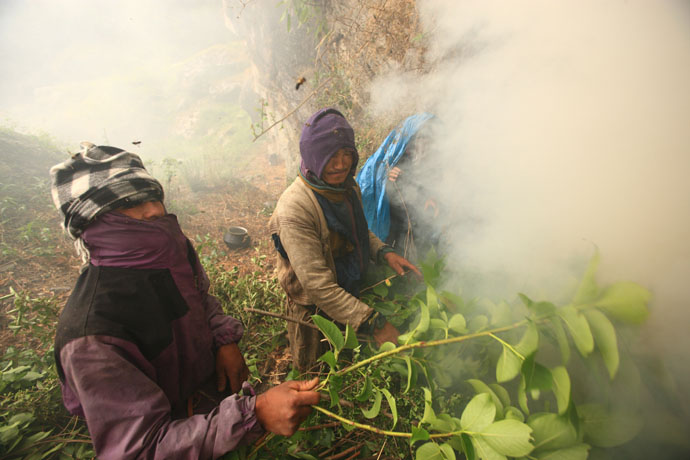 Once they reach the base of the cliff, they set up camp and a fire is made to help drive away the bees during harvest. 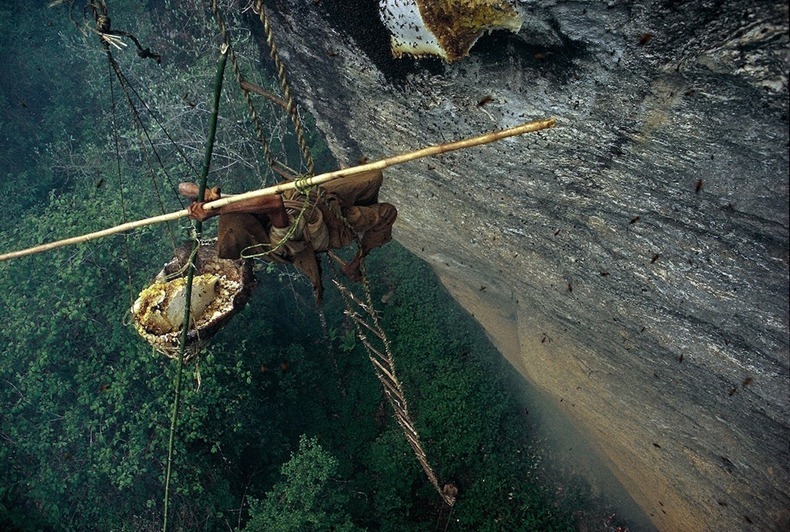 As the tribesman approach the hive, the bees begin to display what researchers call "defense waves", demonstrated in the video below.

The bees will raise their wings in sequence, creating a noticeable effect that is used to signal predators that they're ready to defend themselves. The cameramen were all warned to stand still as the bees are known to attack after only a few slight movements. 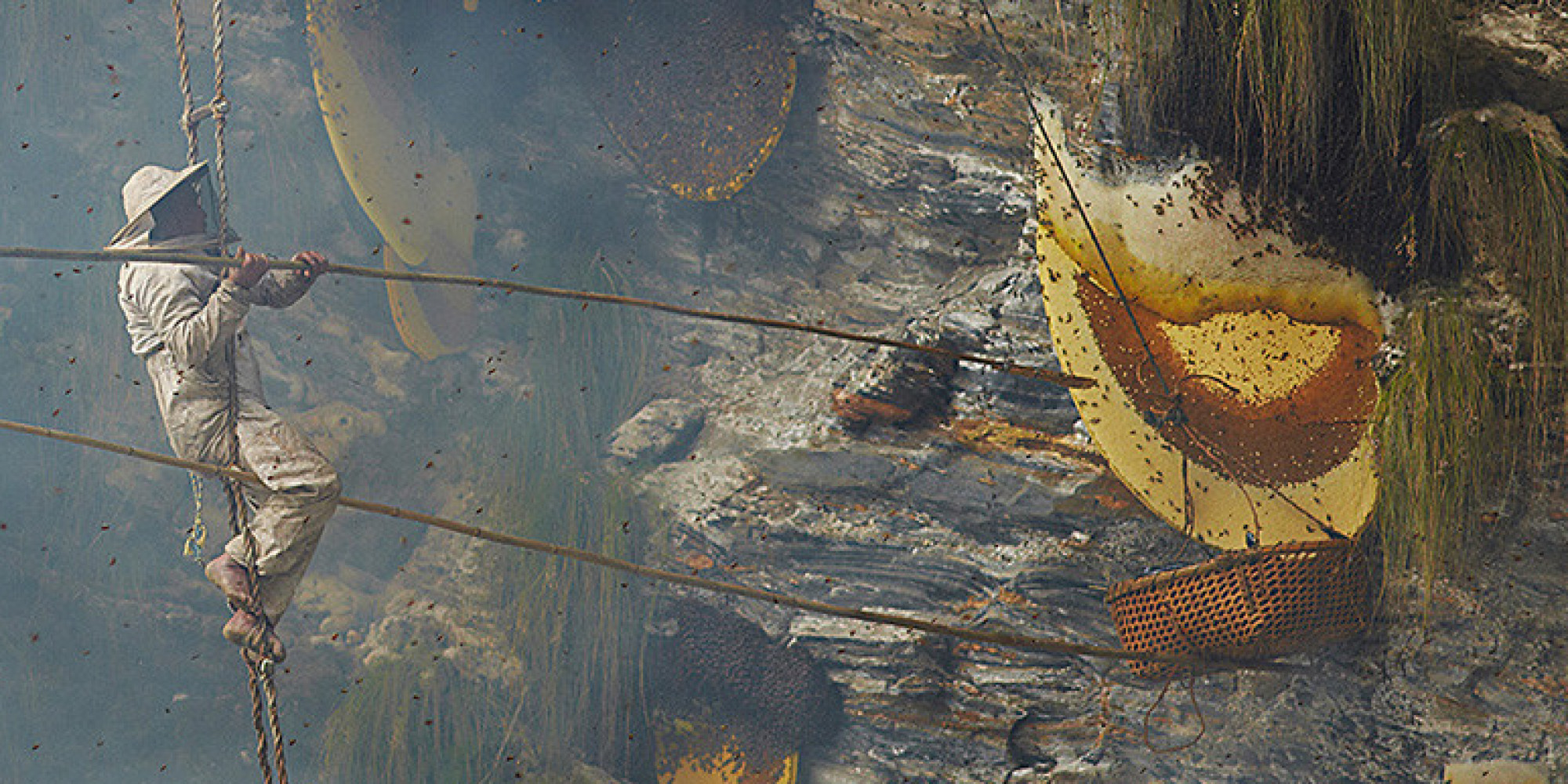 Amazingly, one of the veteran tribesmen who has carried out the dangerous task of harvesting the honey for more than 40 years, confidently climbs the flimsy looking ladder as it swings back and forth in the air. He’s known for his mystical relationship with the bees, as they seem to refrain from attacking him. 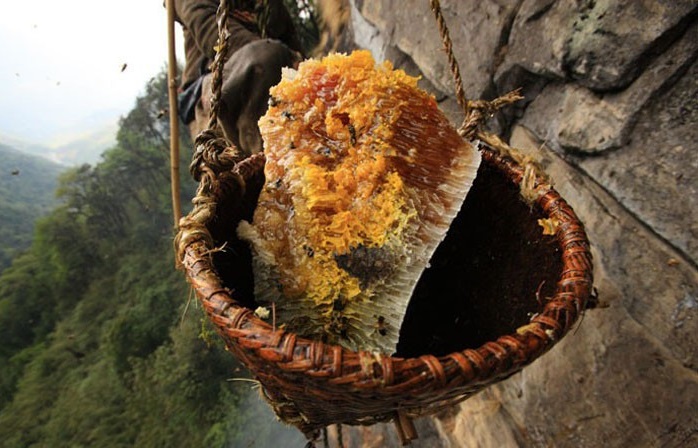 Another tribesman lowers a woven basket from above, letting it hang next to the man on the rope ladder as he carefully slices chunks of the hive, dropping them into the basket. A well-coordinated team effort is crucial for their survival. 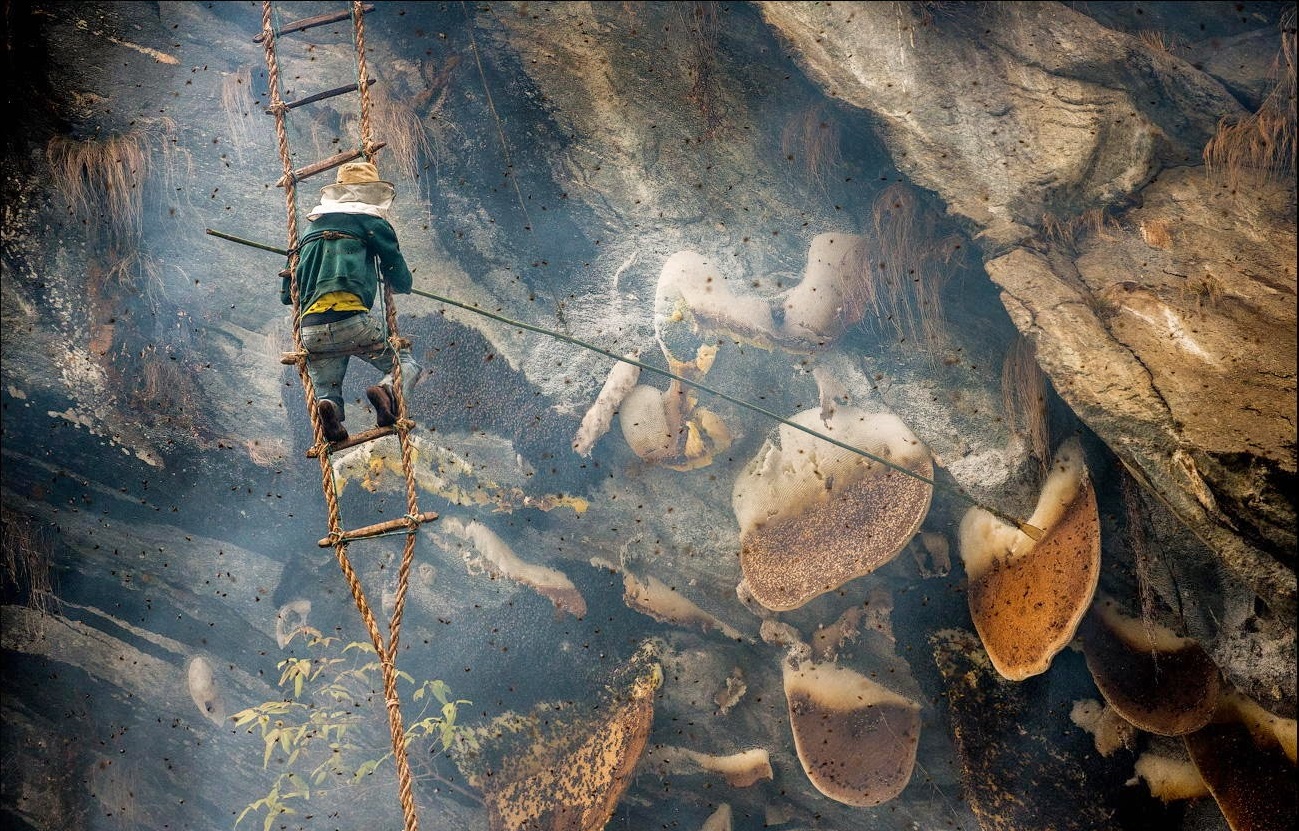 Miraculously, the veteran honey harvester completes his mission without being stung. Finally, the team relaxes at the base, carefully sampling the honey, including the cameraman who says he feels the effects immediately. The hunters recommend he sample just three teaspoons. 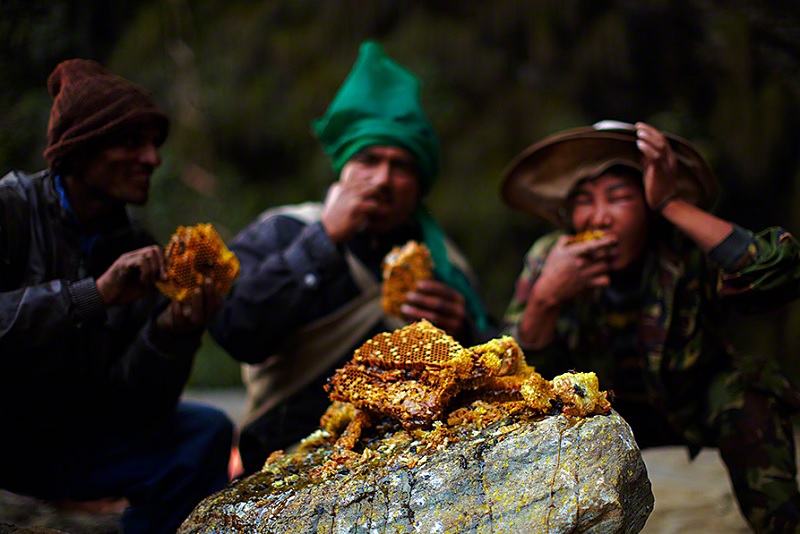 Any remaining honey and wax is packaged and brought back to the village where it will help feed their animals and benefit the rest of the tribe. I sure hope they appreciate what these guys had to go through! 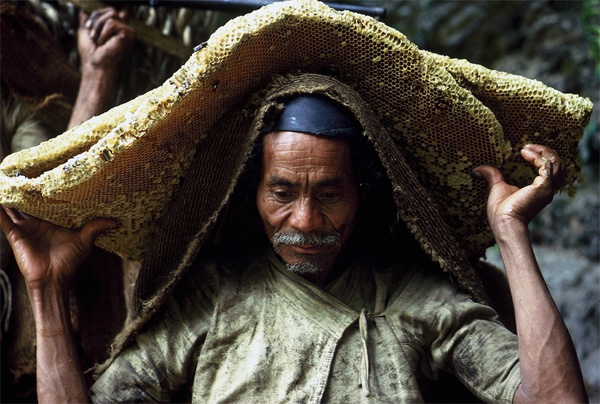 A fascinating documentary directed by Raphael Treza captures the trek the Gurung people must make in order to harvest the precious honey that exists in enormous nests embedded in the overhanging rocks of the steep and isolated Himalayan cliffs. The huge nests sometimes grow up to five feet in diameter, containing roughly 60 kilograms of honey each.


Well, what can be said except different strokes for different folks. I find this whole thing quite amazing and wouldn't mind getting my hands on a piece of that "mad honey". Thanks for reading! 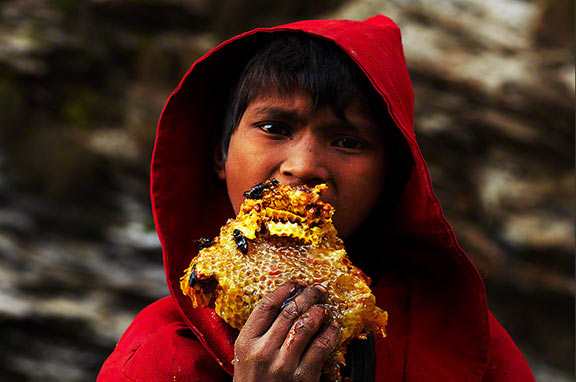 is there any way of getting this honey in the western hemisphere? Its not the first time ive heard about it!

Great thread! This pretty much has it all: world's largest honey bee, amazing honey combs, a psychoactive honey and people taking extraordinary measures to harvest it.

Is there anybody in Nepal who has a fear of heights?

I'm glad you enjoyed it. 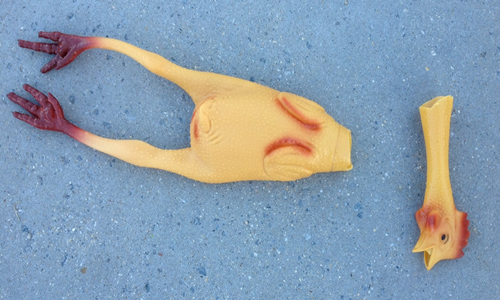 posted on Nov, 21 2015 @ 05:46 PM
link
Nice thread.. (especially as the front page is getting spammed with multiple threads which are just a couple of lines of text)

I saw this on a documentary some time ago... I think it was called human planet..?
As soon as I saw it I added eat this honey fresh at its source to my bucket list, number 74..

Don't let the 1% know, they'll be down there exploiting it and killing the bee's.

There have been famous episodes of inebriation of humans from consuming toxic honey throughout history. Xenophon, Aristotle, Strabo, Pliny the Elder, and Columella all document the results of eating this "maddening" honey. Honey from these plants poisoned Roman troops in the first century BC under Pompey the Great when they were attacking the Heptakometes in Turkey. The Roman soldiers became delirious and nauseous after eating the toxic honey, leading to an easy defeat. In the Caucasus region of Turkey, honey containing grayanotoxin known as deli bal is deliberately produced, and in the eighteenth century was exported to Europe to add to alcoholic drinks. Historically the toxin in the honey was derived from the pollen and nectar of Rhododendron luteum and Rhododendron ponticum, which are found around the Black Sea. According to Pliny and later Strabo, the locals used the honey against the armies of Xenophon in 401 BCE and later against Pompey in 69 BCE.


A fascinating contribution. I was not aware of it's widespread use. I'm always amazed how some of our best and brightest were unable to withstand the allure of altering their perception by intoxication. I bet they felt every avenue of consciousness is just another opportunity to learn and expand awareness of themselves and their surroundings.

posted on Nov, 21 2015 @ 06:03 PM
link
a reply to: eisegesis
Dang Rhododendrons have become an invasive species here in Wales...introduced in the Edwardian/Victorian eras they were seen as a decorative plant,now they are out of control on certain mountain ranges-Snowdonia has volunteer battalions who try to dig them out each year,to no avail yet.
They are tenacious plants.
Not noticed the hallucinogenic properties myself yet,although I only buy my Welsh Rhododendron honey from the local shimmering,pulsating,fluorescent,interdimensional fractal Yeti Pixies from the local mountains-So I must be immune to the effects.

Now I wonder what effects this basic type of honey would carry, if the Norse practise of Mead Brewing was applied?

Not that Mead isn't great as it is now, but would those unique qualities found in this Nepalese Honey remain or would they be lost?

Honeycomb, beehive, Tibetan flower if life, nectar of the gods, and the golden ***. Very esoteric.

Kudos for the thread, that was fascinating.

This is natural harmony at it's best. If you let them do their job they won't bother you, Sometimes I see the big bums (the bumbleebees) and I love the noise their wings make, it sounds like a tiny desk fan.

Amazing story ,the bees look like the Japanese hornets . I'll bet this is the most expensive honey you can get in the world. .

Rhododendrons are also in the Pacific Northwest. They are Washington's state flower. I'm wondering if the bees that pollinate them here also produce a similar honey or if there's something different about Nepals large bees.

I had a professor for a college course "History of Ancient Greece" tell the story I've quoted below. Basically, mad honey was left behind for enemy troops, thinking they'd found an abandoned bounty. What a boon to an army on the move - honey, a food which literally never goes bad and is literally a tasty form of condensed energy (calories.) Especially if they didn't know about mad honey, they would certainly dig right in. Talk about a bad trip!

“The Persians gathered pots full of local honey and left them for the Roman troops to find,” says Bryant. “They ate the honey, became disoriented and couldn’t fight. The Persian army returned and killed over 1,000 Roman troops with few losses of their own.”

posted on Nov, 25 2015 @ 10:11 PM
link
Absolutely fascinating. I hadn't realized that the Futurama episode where they steal honey from the giant space bees was based on a true story.