Meanwhile in Yemen - YES! Other things are happening!

posted on Nov, 20 2015 @ 07:43 AM
link
In the interests of denying ignorance let’s briefly focus on a conflict that is going to get very, very messy.

A conflict which is complicated, bloody and as always – fuelled by the Americans. OK –I can’t lay the whole blame on the American government (att all) but read on…

There’s something brewing whilst we’re arguing over Syria and the refugees, something which is really quite scary.

The Houthi jihadists are fighting against the new (2012) Yemeni President Hadi, who took 98% of votes in a recent election – He was however the only candidate in the election.

The Houthis are backed by the Yemeni Air Force and Yemeni Security Forces. 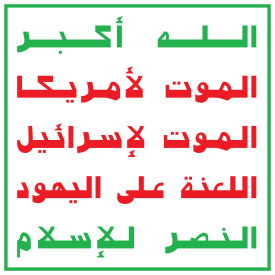 The Houthis logo reads:
God is Great, Death to America, Death to Israel, Curse on the Jews, Victory to Islam".
Controversial but in line with the usual jihadist views.

It got a little too much for the Hadi Government so he called for international assistance.

Enter our good old friends Saudi Arabia backed up by various other Middle East countries they lead a coalition to bomb out the Houthis – funded with money and weapons from the AMERICANS.

Only in true Saudi style they are bombing hospitals and civilian areas not holding Houthis. This has led to a MASSIVE increase in Houthi followers –Yemeni people are donating to the jihadists to help overthrow their Government who has invited in Saudi to ruin their people and their land.

Whilst all this is going on Al Qaeda in the Arabian Peninsula have emerged in Yemen and are trying to capture land, fighting against the Houthi Jihadists and the Hadi government.

So we have a four way between a one candidate election winner, two Jihadist groups (Houthis and AQAP) and an American funded Saudi Arabian lead coalition… Yet it gets MORE COMPLICATED as in step (fanfare – you can predict who is coming in now can’t you?.. ... .... ) ISIS!

So it’s a five way between three groups of Jihadists – Houthis, AQAP, ISIS and the Hadi forces and the Saudi Arabian coalition. The AQAP and ISIS are battling a bit of a proxy war it seems but competition between the two is fierce and war here has no rules.

IT WOULD SEEM THAT AMONGST A GROUP OF EVIL THE HOUTHI JIHADISTS ARE THE LEAST EVIL!

Forgive the lazy sourcing below but it sums up the main points the rest I’m sure you can do yourself (IE at the bottom of the Wiki pages look at the sources).

But do watch the Vice film below (it's OK, no hipsters were harmed in the making of this film).

posted on Nov, 20 2015 @ 07:47 AM
link
The Houthis are Shia, funded primarily by Iran, along with weapons help from Russia. Rest all are Sunni funded by Saudis who are inturn helped by the US.

You don't think AQAP and ISIS will have any effect/part to play in things getting worse?

You don't think AQAP and ISIS will have any effect/part to play in things getting worse?

Sure they will, but they are two sides of the same coin, both under Wahabi control, which originates from Saudi Arabia and is funded by their oil money.

I had gotten the impression that the Houthi issues with the govt were similar to highlanders vs England back in the day, or the Kurds in Iraq/turkey/syria.

little representation by the govt, have rebelled numerous times over the years pretty much the only peaceful times were when they recovered from a failed rebellion... as far as the Jihadis... unfortunately any conflict in this region will bring foreign fighters to it.

Am I even in the right ball park or does someone have some accurate information on it?

posted on Nov, 20 2015 @ 08:34 AM
link
after the deal with Iran over the Nuk program the sanctions will be lifting and because of that it puts them in a position of becoming the bigger regional power . Yemen as well as Syria are main points for that regional power to grow . The war/wars are a way to curb or slow that growth .....

posted on Nov, 21 2015 @ 09:27 AM
link
Saudis might need to resort to genetic weapons to eliminate just the houtis. Since they can now be designed to do so with nanomachines to prevent mutations. But that would be bad right?

Have you heard of twin pillar policy of USA in the middle east. Kingdom of Iran and kingdom of Saudi.
Kingdom of Iran collapsed and now kingdom of Saudi is carrying all the burden.
This kingdom is indeed loose too specially with his blind attacks on Yemen it has no positive public opinion.
I would say USA is going to lose his hegemony in the middle east. Soon or later this will happen. They can just postpone it.
Middle east is a pressed spring and they do not like USA politically.
Political face of USA reminds them dictatorship and war.
Their plans in Syria have not been successful.
Future is hard for west. The Nuclear deal of USA with Iran is to alleviate these tensions in the middle east temporarily with the hope to change the mind of the next generations of Iran and middle east.