Long Before Trees Overtook the Land, Earth Was Covered by Giant Mushrooms

interesting. I do have questions however spores usually float on the breeze and land far away. How massive would a spore from a 24 foot fugi be? would it be a couple of inches? or would they have used the same process as the tress used where something "400 million years ago I have no idea what was around" eat them and transported the spores through poop.

RE: your trees not having brains but they think comment, there were two experiments just in the last year that supposedly gave strong evidence to trees having feelings and the second (and more complex quantum star trek heebee joobers) that they have conscious souls. I don't remember any details but maybe someone does.

However I know they proved in the 80s trees have memories and that they talk to their parts via the veins in an instant with electric signals just like a brain. Then there are things like what I will attach below talking about eucalyptus and its anger management issues lol, tomato plants that call call wasps if theyre being eaten and other fun stuff for everyone.

But your comment reminded me of these things. I think plants could be like the ocean in that we've only seen the surface but not the deep complex world they hide.

Ps...good golly Moses that first line looks dern confrontational or moody or condescending now that I read it back. Sheesh sorry, don't mean the ugly tone in fact I agree with all u said. Peace
edit on 11/20/2015 by AlexandrosTheGreat because: Added apology

I have nostalgia for a place I never knew existed! 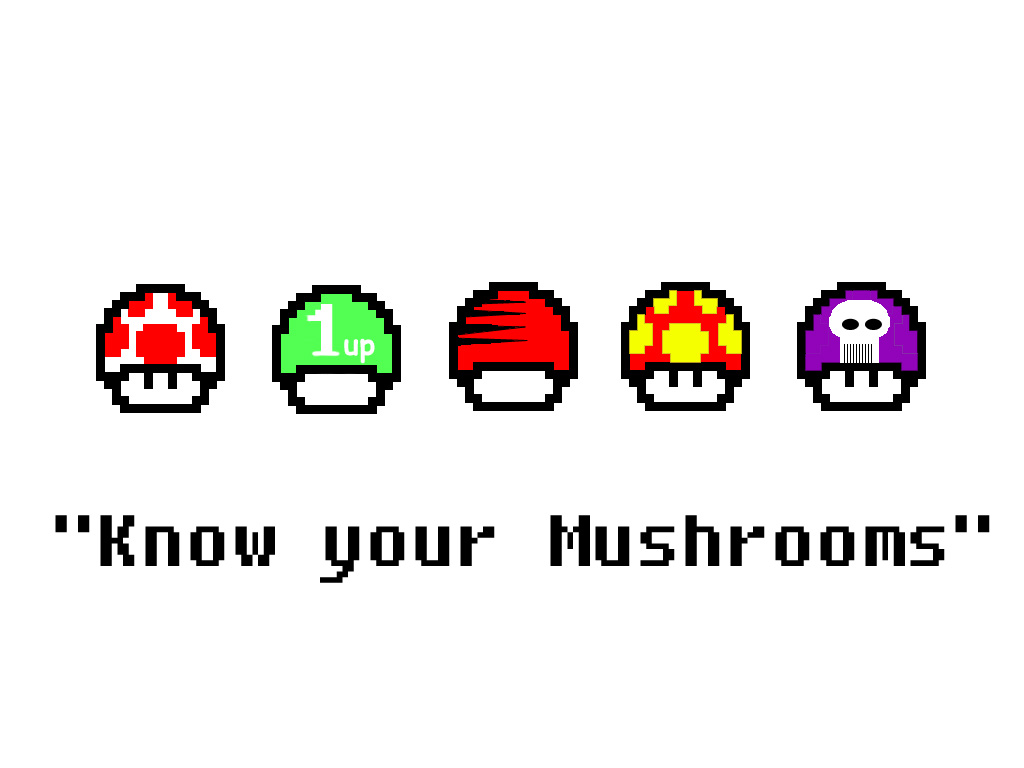 Great thread ...I had my suspicions triffids were real,at least were

The questions beg, what did they taste like and were they of the hallucinogenic variety?
edit on 20-11-2015 by andy06shake because: (no reason given)

The more we learn about these underground networks, the more our ideas about plants have to change. They aren't just sitting there quietly growing. By linking to the fungal network they can help out their neighbours by sharing nutrients and information – or sabotage unwelcome plants by spreading toxic chemicals through the network. This "wood wide web", it turns out, even has its own version of cybercrime.


Plants talk to each other using the mushroom internet! 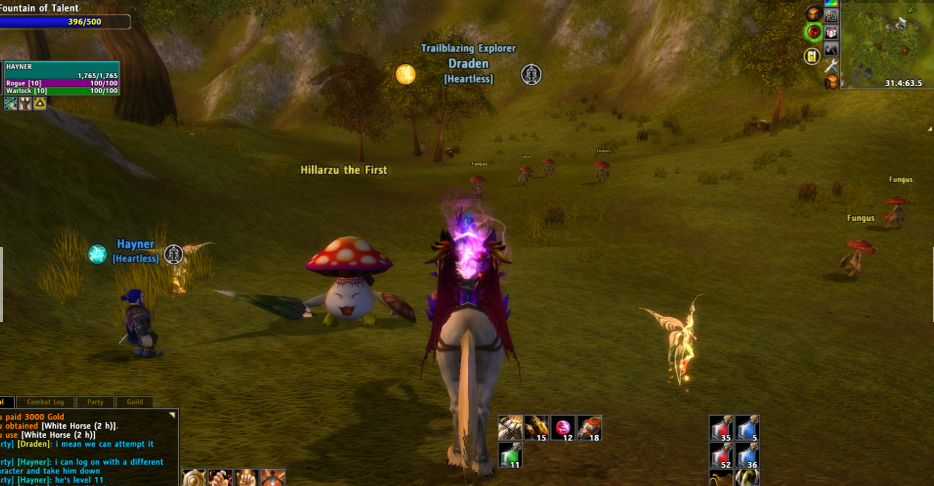 Oh, whait, this is not gaming subforum?!

All jokes aside, this is great discovery and shows how little we know about our planet's past.... We are still learning...

ps. Game is Runes of Magic, and there is quite few shrooms and fungies in there...

I have to admit that I knew this, but it is still pretty cool nonetheless. Just goes to show you how alien our own world was at one point. Of course even the dinosaur age would have looked very alien to us, so there's that too.

originally posted by: VoidHawk
I watched a docu a few months back, it was about whether plants interact with each other and their surroundings. they discovered fungi were transporting nutrients from one part of a forest to another part for tree's that couldn't reach the nutrients. If I can remember title of the docu I'll post it.


That sounds really interesting. I'd love to give it a watch if you're able to find it again.

originally posted by: piney
My father worked in the underground coal mines and he told me story's of huge vines
Fossilized in the walls with stems as thick as tree trunks

Lol we are closer to fungus in our DNA

Or maybe a redder spectrum. Plants are green because the chlorophyll reflects away a lot of yellow and green light and absorb red. Blue light is less efficient in photosynthesis, 1/3 of the energy never makes it to the chlorophyll whilst all red does. Also fungus tends to dislike ultraviolet light and prefer darker more humid conditions.
edit on 20-11-2015 by ObsidianEclipse because: correction for way photosynthesis works

Only self studied. I really like learning about plants and mushrooms. What they are. How to use them as herbs, how they help and enhance each other. How they learn and communicate. The just fascinate me for some reason.

I really like trees too but we dont really get them where i live its too windy and salty for them to grow. I enjoy the challenge are grow poly-culture food beds.
Nice to hear you are growing oak trees its good to earth things that grow in pots it helps them grow bigger for some reason.

Plants do recognise people that there is a place in Italy where they have them wired up to open doors for people and they control the temperature of the green house by opening the windows.
Insofar as plants not having a brain. I have a hunch they are more aware when attached to fungus in the ground. I think they work best as multi macro organisms true intelligence and perception is shared between plants. Not like humans

Happy day to you and thank you for your reply..

Yes even a world of dishonours would look very alien to us. Even today a trip deep down in a ocean might well like an look alien too..

Happy Day to you

Reminds me of one of my favorite movies "journey to the center of the earth."

Seems Jules was right about giant mushrooms after all.

The questions beg, what did they taste like and were they of the hallucinogenic variety?

Fungi is one of the oldest living organisms on the planet so it's a given that they preceded trees.

There were plants that were called 'prototaxites' that were the precursors of trees and resembled giant cacti. 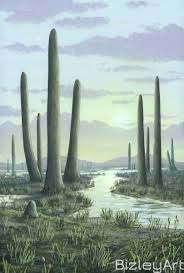 Giant Fungi would be par for the course in those days I imagine.

Such is the world in which we live.

posted on Nov, 20 2015 @ 02:09 PM
link
I wonder if there were any ant-zombie or Ophiocordyceps type fungi back then that consumed the giant bugs of the time......terrifying!

posted on Nov, 20 2015 @ 02:47 PM
link
this is definitely aligning with concepts in panspermia, where spores are the primus life form and most life descends from fungi that were produced in outer-space by some creation mechanism regarding proto-cells and xeno-biochemistry; My question is still if we are directed panspermia and evolution (paleo SETI) descended apes... Transcendental metaphysics regarding the topic are quite interesting, especially for myself, as a (?krishnavedic polytheist?) raelian pandeist, I do believe we (proverbial and external sense) are here by 'fluke' yet now that we are here, there is so much good to come of it!

we should use this new knowledge in wisdom to help us spread life to distant worlds someday, as bill hicks would say, "“The world is like a ride in an amusement park, and when you choose to go on it you think it's real because that's how powerful our minds are. The ride goes up and down, around and around, it has thrills and chills, and it's very brightly coloured, and it's very loud, and it's fun for a while. Many people have been on the ride a long time, and they begin to wonder, "Hey, is this real, or is this just a ride?" And other people have remembered, and they come back to us and say, "Hey, don't worry; don't be afraid, ever, because this is just a ride." And we … kill those people. "Shut him up! I've got a lot invested in this ride, shut him up! Look at my furrows of worry, look at my big bank account, and my family. This has to be real." It's just a ride. But we always kill the good guys who try and tell us that, you ever notice that? And let the demons run amok … But it doesn't matter, because it's just a ride. And we can change it any time we want. It's only a choice. No effort, no work, no job, no savings of money. Just a simple choice, right now, between fear and love. The eyes of fear want you to put bigger locks on your doors, buy guns, close yourself off. The eyes of love instead see all of us as one. Here's what we can do to change the world, right now, to a better ride. Take all that money we spend on weapons and defenses each year and instead spend it feeding and clothing and educating the poor of the world, which it would pay for many times over, not one human being excluded, and we could explore space, together, both inner and outer, forever, in peace."
edit on 20-11-2015 by wingnexius because: update to descriptive language