If Trump builds his giant wall, who gets the Rio Grande river?

posted on Nov, 19 2015 @ 05:37 AM
link
Don Trump looks like he's a shoo-in for the Republican nomination for U.S. president, so he has a chance at the whole ball of wax. So.....if The Don wins the White House (although he wouldn't want to live there, too small, maybe carve it up into condos) and builds his giant wall along the entire Mexican border - with, according to Trump, Mexico paying for it - who gets the Rio Grande river, Mexico or the U.S.?

The Rio Grande defines the border between Mexico and the U.S. along a very long stretch. The only option for both countries having the river on "there side" of the wall is to run the sucker right down the middle of the river. That would be crazy ("counting towers on the wall, that don't bother me at all" ?), but if Trump builds it, Mexico pays for it, and both countries rent advertising space out on it, then both countries would probably want to keep the Rio Grande. Only one can. Under Trumps' plan, which one gets the Rio? 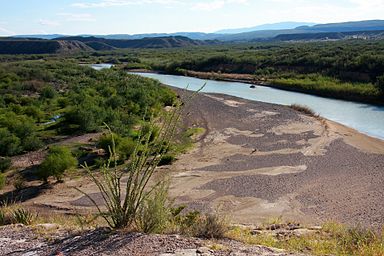 If they build a wall i'm pretty sure the wall is not going to be the actual border, but inside the American territory...

Second, there are treaties about international rivers, both countries have rights to have access to it

Trump will never be allowed to become potus

Aye, tis a weird topic, but is also an actual real-world scenario that might play out. I'm quite sure that Trump will grab the GOP nomination, but don't think he'll win the presidency (although stranger things have happened...well, no they haven't, but that's a hair of a different colour), yet there is a chance. Hence, the wall, and thus, who gets to keep the Rio Grande on their side of this massive wall. By the way, the shade will kill lots of vegetation as well as marine-life within the river.


I am fairly certain the pre-existing walls are already on the American side.

So Mexico gets the river (and you get that giant turkey leg). All is fair in love and border-enclosures.

The weird is not that trump may win or not, or that a wall may be build or not, the weird is that you think if its build it will be literally on the border line, despite it being right in the middle of a river, and not a few docent yards inside US territory with roads to patrol at both sizes and all, like the walls that already exist.

I don't think it will be built in the middle of the river, that's my way of saying that some people living along the U.S. part of the river will not be happy losing it. So I'll say that.

We do have these things called pipes which can be used to obtain water from the river.

Paddle through chocolate brown water in Laredo and the overwhelming smell makes it hard to breathe. A dog's carcass floats by; there are many dead fish, too.

"I think it's a mess. It's horrible," says Mike Montemayor, a commissioner for Webb County, Texas.

Texas A&M International University, has studied water quality in the Rio Grande for decades. The levels of E. coli bacteria here, he says, are off the charts.

I wonder how many people actually enjoy the river, but if the US government wants to build a wall Mexico wont lose access to the river, so its Texas problem

Where the river meets the road: 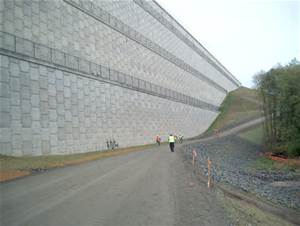 I don't mean access to drinking water as much as the view.

posted on Nov, 19 2015 @ 07:00 AM
link
I will laugh so bloody hard if/when you build your great wall of trump and spend litrally hundreds of billions if not more than a trillion and the mexicans just tunnel under it or go around it via the coast

I think a mural would make everybody happy.

originally posted by: jjkenobi
Look at the pictures. Doesn't look like anybody wants it. Wall it off and let Mexico have it. Put gators in it. Who fricken cares?

No offense, but access to waterways is essential to every civilization. I'm pretty sure both sides would not only "want it" but would be willing to fight over it. Not that it would ever come to that, of course.

originally posted by: NowWhat
Dam it up, dry it out and fill it full of sharp spikes and razor wire.
That should do it.

What a delightful solution.

That will put the fear of god into illegals and drug traffickers that try to swim across.