posted on Nov, 18 2015 @ 04:24 AM
link
I found an old black and white photo of a MiG-23 with USAF markings online, and have several questions. Obviously it's a MiG-23 in USAF marks - presumably at Groom or Tonopah? Initially I was wondering if it was HAVE PAD, but I got to looking at the spine, and no MiG-23 I know of has that sort of spine except the MiG-23UB. It's very slight, but raised slightly more than the MiG-23MS (which have been publicly acknowledged that we had - the colour pic). I've read Steve Davies' and Gail Peck's books, but unless I missed/forgot a part - I don't remember anything about a MiG-23UB.

Any info on this odd bird? 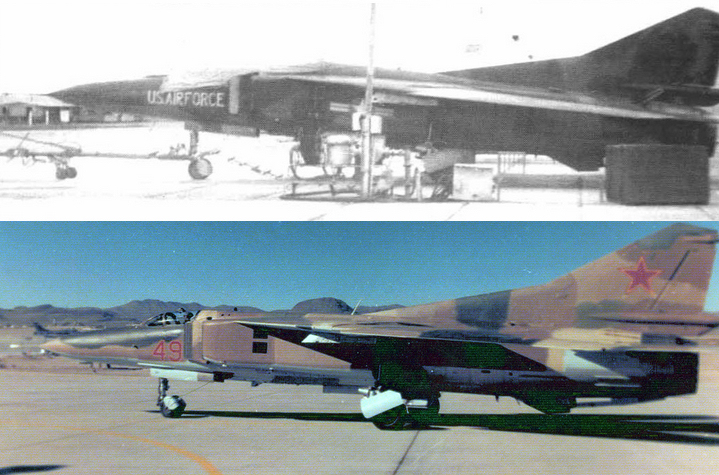 Can you post a link to the original photo? I'd like to get a closer look at it to see if I can adjust the contrast to see if it has the second cockpit of the UB variant.
edit on 18-11-2015 by Sammamishman because: (no reason given)

The 4477th Test and Evaluation Squadron (4477 TES) was a squadron in the United States Air Force under the claimancy of the Tactical Air Command (TAC). It is currently inactive.[1] The product of Project Constant Peg, the unit was created to expose the tactical air forces to the flight characteristics of fighter aircraft used by Soviet Union during the Cold War.[1] The declassified history of the squadron shows that it operated MiG-17s, MiG-21s and MiG-23s between 1977 and 1988, but it was not formally disbanded until July 1990.[1]

And how they got them.


By the late 1970s, United States MiG operations were undergoing another change. In the late 1960s, the MiG-17 and MiG-21F were still frontline aircraft. A decade later, they had been superseded by later-model MiG-21s and new aircraft, such as the MiG-23. Fortunately, a new source of supply of Soviet aircraft became available, Egypt. In the mid-1970s, relations between Egypt and the Soviet Union had become strained, and Soviet advisers were ordered out. The Soviets had provided the Egyptian air force with MiGs since the mid-1950s. Now, with their traditional source out of the picture, the Egyptians began looking west. They turned to United States companies for parts to support their late-model MiG-21s and MiG-23s. Very soon, a deal was made. According to one account, two MiG-23 fighter bombers were given to the United States by Egyptian president Anwar Sadat. The planes were disassembled and shipped from Egypt to Edwards Air Force Base. They were then transferred initially to Groom Lake for reassembly and study.[3]

That's one source. Some were actually crashed airframes that were rebuilt. Their MiG -29s came from Moldova. Most were non-flyable, they were in such poor condition.

posted on Nov, 18 2015 @ 09:00 AM
link
I have read a story before about a (Chinese/Russian?) fighter pilot who defected and flew the US an airworthy MIG. Is this same squadron involved or is my memory completely inaccurate?

North Korean I think he was. That was Operation Moolah. They offered $50,000 to any North Korean or Chinese pilot yay defected with his aircraft, and an additional $50,000 to the first one. A Korean pilot flew his MiG-15 to an Air Base in South Korea, where a number of US pilots, including Chuck Yeager tested it.

There was also the Soviet pilot that flew a MiG-25 to Japan and defected. They sent that one back though. 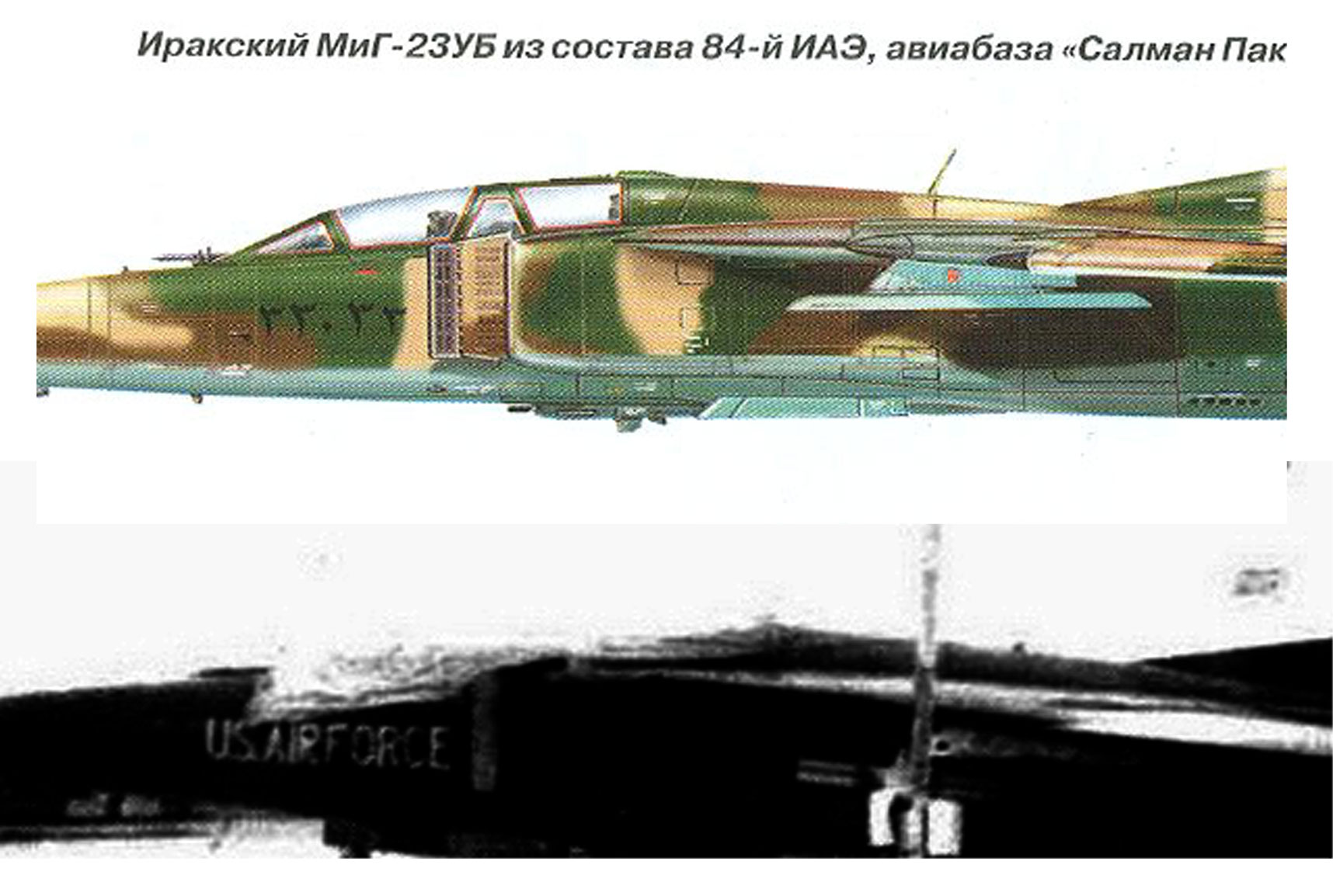 An interesting side note is that the Cold War Air Museum had a former Bulgarian MIG-23UB that they sold in 2014 and transferred to an "undisclosed" USAF base.
edit on 18-11-2015 by Sammamishman because: (no reason given)

They sent that one back though.

Well yeah. They had to preform an airworthiness inspection. Heh.

Interesting side note, that incident is why Japan now flies their own force of AWACS.
edit on 11/18/2015 by Zaphod58 because: (no reason given)

posted on Nov, 22 2015 @ 01:27 AM
link
I'm just wondering if anyone has any info on that plane in particular - what program specifically? It must be operated by Red Hats, but what program? (Constant Peg, to my knowledge, did not have MiG-23UB's, they had single-seat BN's and MS's - that we know of.).

Also, the image appears to be from a book. I don't know the source. I was wondering if anyone knew where it came from as well. Anyone?

Personally I'm convinced that it is indeed a UB model, but I don't recall ever reading about Constant Peg having them, and am not aware of Red Hats having them either, but that doesn't mean much.

As for UB's being in the United States, sure...there are probably alot nowdays. But I'm going under the assumption that this was late 70's or early 80's, by virtue of the fact that it's markings say USAF on them, and I haven't noticed alot of MiG's with US marks on them. Have Doughnut, Have Drill, and Have Ferry all had US marks. ALL were Groom/Red Hats - not TTR/Constant Peg and most were post Wright-Patt.

Between the MiG-21 and -23 they had something like 26 aircraft. I haven't found a definitive list as to specific types but I'm sure they had multiple types.