Our Top Favorite Captains of Fiction and Reality

posted on Nov, 17 2015 @ 11:42 PM
link
Hey everybody! I was watching some previews recently and got to thinking how I really admired some captains from movies I have watched over the years. So I figure, lets talk about some of our favorite fictional captains from galleons to star-ships. Most of my favorite captains are in space, but I can really respect the maritime ones as well. Heres a brief list of mine:

#10 Nick Fury from the Avengers Movie
I dont know if I consider him the captain of a vessel/ship or commander of a base. The thing is mobile, goes on water and the air, and in a few years probably space as well. Its impressive, and anyone commanding that gets hella props from me.
#9 Conan the Barbarian (2011)
His crew respected him dearly, he fought for justice, loved his women well, and fought like a beast. Who wouldnt serve under Conan??
#8 Captain James T Kirk
I was never the biggest fan of Kirk, but he was our original favorite space captain, and he was always out on the prowl for new exotic alien space ladies. ove to get into brawls. Like a polite Conan in outer space
#7 Hans Solo
Man I would be hunted down across the internet if I did not include Hans Solo right??? He kicked Kirk into the past and became our new favorite Captain didnt he?? Fighting empires and smuggling goods and so on.
#6 Mal (Malcolm Reynolds) of the Serenity
Mal always finds a way out of a sticky situation, and his loyal crew rarely let him down. He does his best to lead his crew from one job to the next just to patch the next hole in the hull or scrape some gas money for space gasoline lol.
#5 Captain Janeway of the Voyager
Who else can bring together the remains of a Starfleet crew and the rebel misfits of the Maukee after being thrust 60,000 light years from home and somehow still manage to keep the ship going and maintain the primary mission of Starfleet? She even gets credit for being the first to play poker with the Borg and do some serious gambling with the fate of the entire galaxy along the way. She may not have been as disciplined as my favorite Star Trek captain, but she was very resourceful and always put her crew first.
#4 Jack Sparrow
Dude, Johnny Depp clearly played the most fun ship's captain the world has ever known. Part of that being the fact he is clearly not all right in the head, but hey thats ok! I prefer crazy to medicated zombies so it works.
#3Captain Edward John Smith of the Titanic
Historical props to this guy. Nearly every citizen raised in publicly educated Western Empire knows the story of his final voyage. God Bless You sir, you did your duty well and left this world as a real man!
#2Jean-Luc Picard of the USS Enterprise(D & E )
He made have had a flimsy security crew (not for lack of trying, only Whorf was ever any good at anything) but he ran a very disciplined command structure and was always very clear and maintaining the Prime Directive. He was also the best diplomat I have ever witnessed IMO.
#1Chesley Sullenberger


He was hailed as a national hero in the United States when he successfully executed an emergency water landing of US Airways Flight 1549 in the Hudson River off Manhattan, New York City, after the aircraft was disabled by striking a flock of Canada geese during its initial climb out of LaGuardia Airport on January 15, 2009. All of the 155 passengers and crew aboard the aircraft survived.


I just wanted to recognize another true American hero from a more recent time.

So theres my list, hate it or love, but tell me all about it. I would love to discuss it further, so lets talk about some of yours as well. Dont need ten favs or even 5. Even if its just one. Lets just have fun and admire some fine Stewardship by our favorite captains.

Joint first place for Captains Kirk and Picard. Who can compare?

Jack Sparrow might be prettier, but these two have the real Captain MOJO! Yea!

I always saw Picard as a real diplomat first. Obviously opinions will vary, but I think diplomacy is the most important trait in a captain. With obvious seconds being the actual capacity to fly/sail/lead a crew. Kirk had his diplomaticness to him, but I felt he was frequently lacking in tact in many new encounters. He did know how to brawl though, and had his way with the women. This is why I equate him actually closer to Conan in a starfleet uniform with a slightly more civilized demeanor .

originally posted by: Revolution9
a reply to: AmericanRealist

Joint first place for Captains Kirk and Picard. Who can compare?

Jack Sparrow might be prettier, but these two have the real Captain MOJO! Yea!

John Luke Picard was one of my favorites along with Captain Jack Sparrow who was awesome!!!!!

posted on Nov, 18 2015 @ 12:33 AM
link
I have always been a big Picard fan ever since I was a kid in the 90's. I got into Star Trek before I got into Star Wars, even. I used to collect the collectable card game and I ended up getting Picard in a pack and was pretty excited about that. I also like Captain Kirk and Captain Jack Sparrow and of course, the guy from Firefly!
edit on 18amWed, 18 Nov 2015 00:33:52 -0600kbamkAmerica/Chicago by darkbake because: (no reason given)


Captain Kangaroo?? He would have actually been on my list given his popularity, but I have never seen the show

reply to darkbake:
I always wished firefly would get another season that picks up after the movie. But hey, fans helped the movie happen, so its possible.

He is still one of my favorite.

roof of mouth tearing kinda guy that he is,,

Is CapnCrunch a pirate or like a European naval Captain?? I just dont have a clue. The cereal is great nonetheless. I want to see a badass pirate version of him. In fact you mentioning him just helped me find my first avatar in an image search, because It just too entertaining. 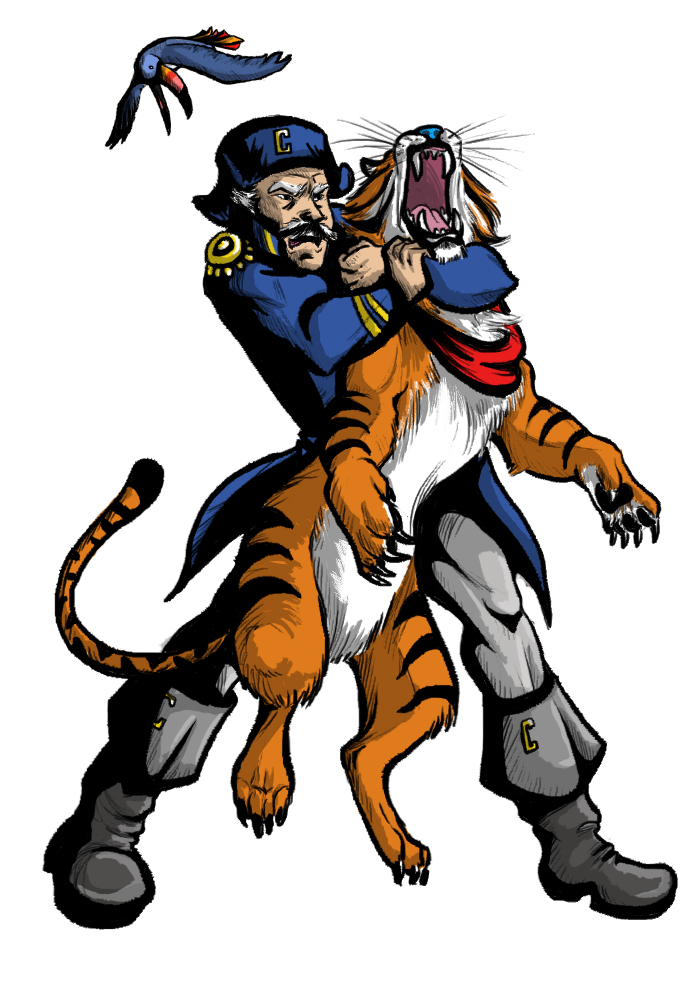 Our Top Favorite Captains of Fiction...

Hands down; My favorite Captain.


how has no mentioned the best captain ever

Because he is an Admiral.

posted on Nov, 18 2015 @ 03:47 AM
link
a reply to: boymonkey74
My audio memory says it was Tom.
"... but Tom the cabin boy just smiled and said nothing".
The names have been changed since by popular myth, the old phenomenon of jokes being taken at face value.

And what about Cap'n Hand from the Beezer?
He was a pint-size pirate captain with a very mutinous crew ("He's got to go!")
Every week he would defeat their schemes and declare "I'm cap'n of this ship, ye dogs, and don't ye forget it!"
I've always wanted to use that motto.

Something special about a well written novel

"Have a bang at the villains"