Bloodiest attacks in 2015 linked to 'Islamic State' and counting. 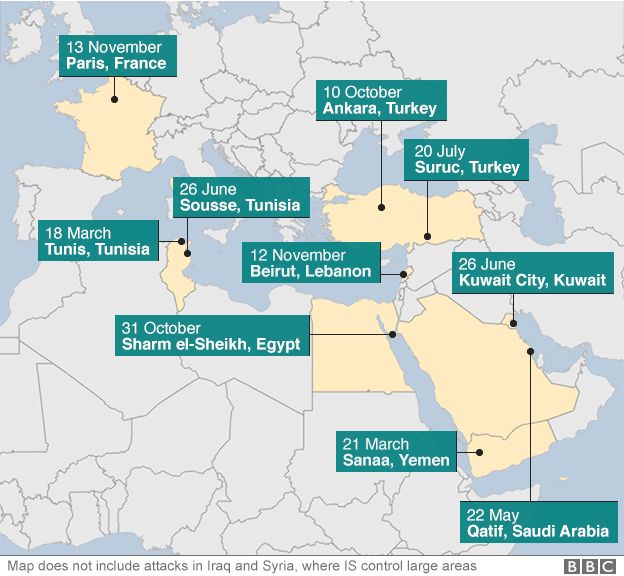 I come across this piece, while reading on this story from yesterday - BBC News: Russia plane crash: 'Terror act' downed A321 over Egypt's Sinai

And what caught my attention about this piece, was how it correlated all this "bloody" attacks to being the work of ISIS. The thing that does not sit right with me is the story of ISIS itself and how this unfortunate attacks are bringing the topic of National Security and War on Terror back on the table time and time again, since 9/11, then Libya and now happening in Syria which all resulted in wars which has overthrown governments and destabilized these countries.

The story of ISIS is one that has to be questioned from the root of it all, as we are ware that there is currently a media "frenzy" about ISIS being all strong and has the potential to wreck havoc not only in Syria but in other foreign countries as well.

Mind you, this is amidst a barrage of international airstrikes on ISIS targets since God knows when and yet this organisation called ISIS thrives and is now being linked to almost all major terror attacks that have happened this year so far.

Also knowing that Putin had earlier mentioned that ISIS was an internationally funded terror group - Putin Says ISIS financed by 40 countries including G20 Members, only makes for ISIS being the creation of the West and allies for the primary reason to destabilize or rather creating a "problem" where a ready made "solution" that has been prepared and planned by the elites in a long while to be implemented on the horizon.

My dear folks on ATS, I believe what we are seeing is the hand of the elitists moving humanity to a "New World Order", where these few tyrants will rule at the top and our freedoms will be sweep beneath our feet.

The ISIS story however, on the brighter side, is also revealing a lot of what we on here have learnt over the years about TPTB and their NWO plans for humanities future and the indications are there that something major is been plotted against the people.

Stay safe! and expect to see more of this "physiological" warfare on citizens by these tyrant few. What lies ahead in the future is depends on what actions a few good men which have nothing to do with "NWO" are doing.

Putin maybe a bad guy to some, but he appears to be a threat to TPTB's version of the New World Order. He did asked for a coalition from the west against ISIS, but was ignored and the tides have now turned in his favor and Paris attacks: World leaders united against terrorism, says Cameron 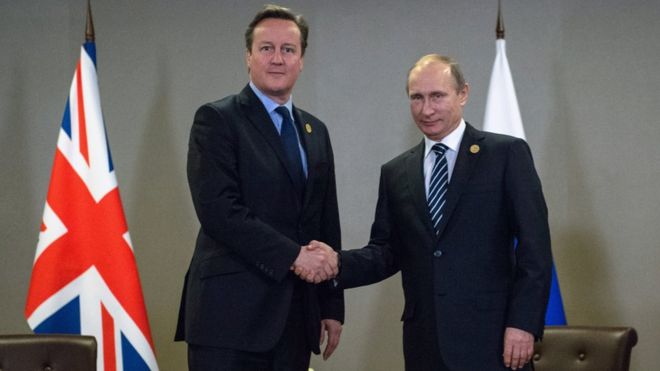 How dare you let facts interfere with the "narrative"

posted on Nov, 17 2015 @ 07:54 PM
link
Just as long as the "right" terrorists get bombed. Judging by the media frenzy and activity on Social Media, the clamor for increased bombing of Syria seems to be the result of the terror attacks, especially Paris.

Okay so whats this I hear all the terrorists were from Belgium and France? How many airstrikes are planned there?

posted on Nov, 17 2015 @ 08:00 PM
link
From what I can gather, Russia is basically offering their hand to the west in defeating ISIS, however as we know the west is also funding those "moderate terrorists" in Syria (who are in actual fact just regular terrorists), in order to oust Assad (their main objective all along), so I doubt the west will go along with it. The west, who of course have killed way more civilians than ISIS has this year and probably all others for that matter also, just mentioning is all

originally posted by: butcherguy
I was reading this and I thought how lucky we are that we don't have a crew like ISIS here in the US.
Then I thought .... "lucky'?
No.
We wouldn't stand for such barbarity in this day and age here.


In the US if it's not ISIS it's some "mad man with an arsenal of weapons" and with the intent to kill people, and this actions again brings out the topic of "Gun Control" in the US as is ISIS is doing with the topic of "National Security and War on Terror" on a global scale.

But that's but a small piece of NWO agenda back in US home soil, but we will leave that for another thread discussion. ISIS is the same, but a more global "problem" that needs a solution, by you know who, TPTB that is.
edit on 17-11-2015 by InnerPeace2012 because: (no reason given)

originally posted by: M5xaz
a reply to: InnerPeace2012

How dare you let facts interfere with the "narrative"


Lol, I am a bad person with no qualms with Islam...

But I do have problem with it being radicalized by extremists and funded by foreign countries that are waging a war on it's own people.

That needs to be exposed and put an end to it! I hope Putin spits those names out soon so the people are aware who is really behind ISIS.
edit on 17-11-2015 by InnerPeace2012 because: (no reason given)

There's no doubt that ISIS is being used as psychological warfare on the population. Practically ever citizen of every western country fears an attack by IS will affect themselves as an individual. The individual doesn't fear for themselves, but the loved ones they have in different areas of the globe. The threat from ISIS (and the fear it creates) compounds by the degrees of seperation each person has from those that they care for. A brother in Europe, a sister in Saudi Arabia, a parent across the county; they are 'potential' targets and substantiate ones fears of losing a loved onen due to Islamic radicalism.

I can't say that this is intentional, but it does affect every westerner.

Whether it's intentional or not; we have several questions that we should ask ourselves.

1. Will we back a war based on our fears.
2. How will we react to the religious aspect from our assumptions (*and how did media influence those beliefs)
3. How will we vote when we subconsciously have these fears

I guarantee that several organizations have already calculated the outcome of how the populace will react to events and how it will affect voting outcomes and capitalist opportunities.