page: 1
35
<<   2  3  4 >>
log in
join
share:
Agree2Disagree
+32 more
posted on Nov, 17 2015 @ 05:37 PM
link
So obviously we all know about the Syrian refugee situation...and I readily admit I was a bit concerned when Gov. Inslee (D)(WA) said that our state will be accepting refugees. Not because I don't have a heart for these people, but because I have obvious concerns. Frankly, I don't understand how we can filter them. How do we recognize the good from the bad? Another concern is the funding...On any given night it is estimated that approximately 23,000 people are homeless in Washington...but we're going to be taking in even more? It just doesn't make any rational sense to me...so I tried to gather a little bit of information...tried being the operative word.

I called the governors office to voice my concerns and see if they had anything planned...since taking in refugees might actually be taking in terrorists. I was told that Homeland Security developed a 12 step process to vet refugees and that if I wanted that information then I'd have to contact them....so I did. What happened next LITERALLY BLEW MY MIND.

I called HLS and was told that because I'm ONLY A CITIZEN, I only have access to the information on their website. LOLWUT!? ONLY A CITIZEN? You can't be serious!?

But not only did HLS tell me to go [snip] myself...I was blatantly lied to. THERE IS NO *GOOD* VETTING PROCESS, as made evident by former congressman Peter Hoekstra's conclusively logical comments. source

Peter Hoekstra spent 18 years in Congress and spent much of his time focused on intelligence matters. He is now with the Investigative Project on Terrorism and is the author of “Architects of Disaster,” which outlines the failure of the Obama administration’s policy in Libya.

“I think (Rhodes) basically lied to the American people,” Hoekstra told WND and Radio America. “He said we’ve got a good vetting process in place where we can vet those that are coming from Syria into the United States.”

He continued, “No we do not. The records don’t exist in Syria, especially after you’ve had five years of civil war. We don’t have a relationship with the regime. It’s an ungoverned area. We don’t know who these people are. Ben, shame on you for even implying that we’ve got a good vetting system. We’re lucky if can get the names right.”

Am I crazy? Or did they forget they serve these people they call "JUST A CITIZEN"?
I'm so dumbfounded I don't even know what to do...

How quickly the visage cracks when one begins asking questions.

Well done for actually bothering to check this out and for letting us know what you discovered.

Quickly indeed. It's almost like they expect us to just accept what they're saying and doing without raising a finger. This whole event has been enlightening to say the least....

posted on Nov, 17 2015 @ 05:50 PM
link
Well vetting them should not be that hard. Women and children can come and the men must be checked against known terror list and vouched for by others.

I found it ironic that the hotel room where the muslim jihadist were waiting was full of pizza boxes. So we have muslims waiting for roman armies to join them on the battle field and while they wait they choose Italian food.

I have a feeling you didn't read?

I don't care about the refugees so much as I do about my government being so secretive and blatantly lying to their citizens...

I did, and I diverted the conversation. Sorry.

Agree telling you you are just a citizen, is maddening. I would have been upset too.

When did you call them?

I'm going to call in the morning and see what sort of response I get.

To say that's less than impressive would be an understatement.

Yesterday afternoon...not sure at exactly what time...probably 12:30ish I'd say

posted on Nov, 17 2015 @ 06:15 PM
link
Well, apparently we have some conflicting information about refugee status. It takes a UN referral and can take up to two years:

All of the 9/11 hijackers used student or tourist visas. These visas are much easier and faster to obtain than refugee status, which takes up to two years and requires a multi-stage vetting process and UN referral. Refugee status is the single most difficult way to come to the United States.

If ISIS wanted to sneak terrorists into the USA, there are much easier ways. Our refuge policy is not like Germany of France.
edit on 17-11-2015 by MystikMushroom because: (no reason given)

That's a good thought. maybe they'll hate all the damn rain, catch a bus and head for Michigan....

originally posted by: angeldoll
It doesn't matter because who thinks they will 'stay put' anyway. They will get on a bus, a train, or rent a car and go where they want to anyway. It's a free country, remember?

This is what I don't get. If some states are accepting refugees and some do not, how will they keep them within the accepting states borders? Implement state to state border crossing checks? Unless the country as a whole is on the same page, this could lead to more "big brother".

ParanoidCovKid
+4 more
posted on Nov, 17 2015 @ 06:19 PM
link
Here in england we are treated like second rate citizens compared to these refugees....they are treated like V.I.P's!!!! I here your words and concerns, its like all the western governments are blatently ignoring our cries and worries bcuz we are not important. The whole of the stupid west has gone politically correct!!!

What conflicting information? It does take a UN referral..and it does take a long time...but the vetting process is still limited because our selective database....

Firstly the thread title, kind of paints a generalized impression about Syrian Refugees, there might be a few people among them linked to ISIS which should not be allowed to set foot on US soil or any country for that matter, but there are also people who genuinely fleeing a war torn country for a better life just like any of us would do if our country was in chaos as is theirs right now. So please be mindful about creating "ambiguous" thread titles.

Nevertheless the context provided in your OP, I agree it is every citizens right to know and access information freely, and if you were treated the way you were "just a citizen", it goes to show how tight knitted and controlled such organizations are from the top down.

What you have done is something that most don't bother doing since a lot of folks just eat up what the MSM has to portray about how all systems are in place and that all situation is under control regarding influx of refugees when the reality is, it is not as you've discovered.

What can the people do about this, is perhaps the next question that comes to mind? How much more can the people sit back and allow a bunch of psychopaths to set the rules and decide who gets what information and who does not.

Yes, the thread title is quite ambiguous I suppose...but that was my general concern in the beginning. What unfolded after is my main concern now...the refugees are an after thought at best. Don't get me wrong, I'm still concerned about the refugee situation and any reassurance is welcomed...but I agree something has to be done about how closed our system has become. What that "something" is will depend entirely on the american public...

with all that rain up there, the refugees might have mistaken the area for an enormous waterpark 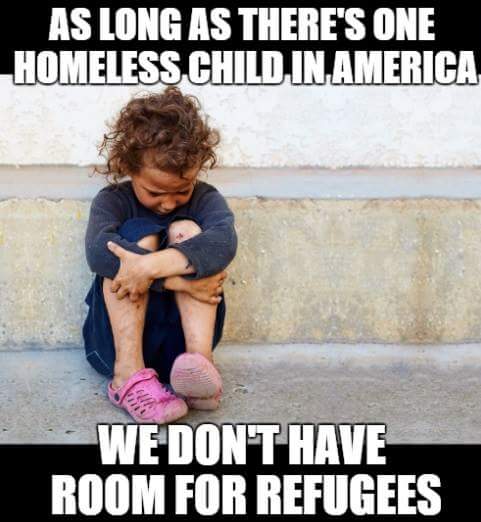