‘Blood on his hands’: CIA officials, others implicate Snowden disclosures in Paris attack

The violence in Paris has prompted former and current CIA directors, and even a presidential candidate, to blame the inability to thwart attacks on “unauthorized disclosures” by NSA whistleblower Edward Snowden, despite admitting intelligence failures.

“In the past several years, because of a number of unauthorized disclosures and a lot of handwringing over the government’s role in the effort to try to uncover these terrorists, there have been some policy and legal and other actions that are taken to make our ability collectively internationally to find these terrorists much more challenging…” CIA Director John Brennan told a reporter who asked how the Paris attack had happened when the world’s leading intelligence agencies....


‘Blood on his hands’: CIA officials, others implicate Snowden disclosures in Paris attack

So now "Snowdown" is also been blamed by former CIA director, James Woolsey to have "blood on his hands" in relation to the recent Paris massacre, because he had leaked information on how the CIA was monitoring and avoiding potential terrorist plots before they had happened.

Former director of the CIA James Woolsey was even more forceful, telling MSNBC that Snowden has “blood on his hands” because the leaks gave terrorists information about how they were being tracked, leading them to change their behavior.

Former White House Press Secretary Dana Perino concurred, but was apparently not angry enough to fully enunciate the curse in her thoughts in her tweeting, “Also, F Snowden. F him to you know where and back.”

The first to take part in the “Snowden’s fault game,” as described by journalist Glenn Greenwald, was former CIA Deputy Director Michael Morell.

“We’ve had a public debate. That debate was defined by Edward Snowden, right, and the concern was privacy. I think we’re now going to have another debate about that. It’s going to be defined by what happened in Paris,” he said on CBS’ Face the Nation on Sunday

Even London Mayor Boris Johnson got into the act, saying Snowden effectively taught terrorists “how to avoid being caught.”

“To some people the whistleblower Edward Snowden is a hero; not to me,” he wrote in the Daily Telegraph on Sunday. “It is pretty clear that his bean-spilling has taught some of the nastiest people on the planet how to avoid being caught; and when the story of the Paris massacre is explained, I would like a better understanding of how so many operatives were able to conspire, and attack multiple locations, without some of their electronic chatter reaching the ears of the police.”

Well, all I can say is that CIA Director John Brennan made it clear that they saw it (the Paris Massacre) coming CIA's Brennan: Paris attacks not likely a 'one-off event'

I haven't really followed on the Snowden case, but as I see it, it is interesting to note the "blame game" has targeted Snowden while CIA knew this in advance and hadn't restrained or stopped this individuals who they already have be tracking prior to Snowden's leaking.

Rather then play the "blame game" CIA should have dealt with it in advance to avoid any of this from happening, but I guess, it ain't an issue until something drastic has to happen before people start pushing their agenda's forward.

Surely, this smells fishy to me, that Snowden is being "pointed out" regarding this, since I have been suspecting this Paris attack to be a CIA "false flag" event to basically pass laws to strengthen in-country security from an International funded terrorist group called ISIS.

This Paris attacks has a lot in common with 9/11, as it only instills fear and is a tool for the Governments to manipulate public opinion to wage more wars in the middle east.

I really haven't clue what lies ahead frankly, but I think Russia's involvement in Syria has somehow detoured the plotted "NWO" general plans by the elitist and it just seems odd that everyone is teaming up now to fight ISIS when Russia has been pleading for a coalition since it started air raids on ISIS targets earlier on, well some of it.
edit on 17-11-2015 by InnerPeace2012 because: (no reason given)

But yeah, lets all blame the whistleblower because he aired the US's dirty laundry.

Tom Clancy couldn't make this sh!t up, I swear, the western propaganda machine is scraping the bottom of the barrel for excuses when it's blatantly obvious to blind Freddy who is to blame and why.

S&F for posting what is quintessential propaganda from the MSM.

posted on Nov, 17 2015 @ 12:57 AM
link
I think this revelation shows just how stupid and incompetent with a focus on "negligence" our own US officials have become, and have been.
They need to all be gotten rid of and start fresh, but knowing how extremely arrogant our officials are, this simply won't be happening, and our nation will continue to slip further into the muck of decay. Foreign policy is based upon a continuation of ignorance and conspiracy by the Obama administration, and will wind up offering the same devastation to freedoms that France is now experiencing.

France attacked ISIS in Syria starting in October, ISIS attacked back. What did they expect?

You can't wage war against another party and not expect them to respond. It's called blowback.

Of course, ISIS being the dumb cowards they are, attacked civilians and not the war machine that attacked them.

The only reason ISIS is not attacking us here is something called the Atlantic ocean.

Now, ISIS will get attacked back by France. It's a never ending circle.

We need to just get out of the middle east altogether and let that whole area implode on its own. Why are we even over there? Oil? Just start drilling in Alaska.

posted on Nov, 17 2015 @ 01:11 AM
link
Ah, figures they need someone to blame. He's been the blame and the fall guy for a while now. So, not shocking they picked him for the blame. Likely the incompetence of intelligence agencies won't be held accountable but rather the big bad whistle-blower who should be droned. Maybe the direction was to not deal with the impending threats, what ever happens... happens, and plus considering CIA Director John Brennan comments.
edit on 17-11-2015 by dreamingawake because: (no reason given)

originally posted by: Sublimecraft
a reply to: InnerPeace2012

OK, well, I blame the creation of Israel, the unfettered support for Israel by certain western governments even through blatant slaughter of Palestinians

Your #1 go to is Israel, but not Saudi Arabia, even though there is clear evidence that Israel has been on the defensive from Arab countries since its inception. And you want to point out "blatant slaughter of Palestinians" without acknowledging that Palestinians are just as guilty, if not more so for allowing Hezbollah to store and launch rockets from their areas. And over what? What is essentially 2% of the middle east, that they (Arabs/Palestinians) themselves conquered long ago from someone else. The meme is tired man.

MountainLaurel
+9 more
posted on Nov, 17 2015 @ 01:49 AM
link
Never miss an opportunity to exploit another tragedy and reinforce how important all this illegal surveillance is for our own "security" and further smear "whistle blowers".....This is certainly not Snowden's fault in any way...I would say the CIA has blood on their hands is more accurate.

They are redirecting blame from themselves, since they have been arming ISIS to fight their dirty war with Syria.

Kind of ironic isn't it... the CIA facilitates the creation of ISIS, then when Snowden starts leaking all the BS and bad behavior of the governments, military and CIA, they blame him for making it easy for their creation to perform haneous acts of terror...... 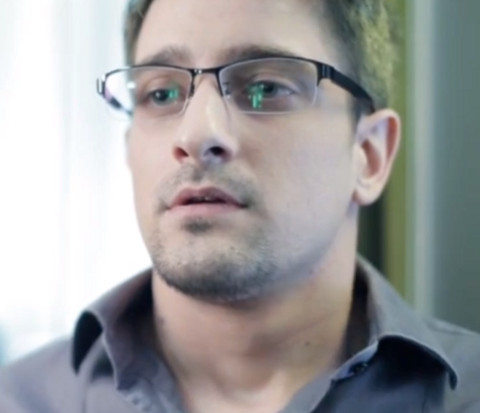 But what if it is about Snowden?

Have you ever read Snowden's own thesis?

He leaked it with the rest of the stuff. It may turn out that the most damaging thing he leaked was his own idea.
That people _could_ use rpg games to coordinate, and weren't there reports of playstation mumble mumble some number were used in Paris?

I'm gonna talk anyway, even if your brain is still shouting me to silence.

To blame Snowden for this is simply training the masses up to see whistleblowers and whistleblowing as treachery.

When they are suitabley trained up, and they will be, all whistle blowing legsialtion will be withdrawn and anyone who does it will declared a terorist. I bet whislteblowing will be declared terrorist, criminal and treacherous activity inside 10 years.

Snowden may well be the only individual who has worked for the Pentagon or any of its appendages, in the last four decades, who was an ACTUAL patriot.

They had their eyes on these people, and they did not act. Frankly, I think it is disgusting that such an underhanded and clearly bogus statement was issued against Snowden.

posted on Nov, 17 2015 @ 04:26 AM
link
Whatever. The NSA and other alphabet agencies have already proven they will do whatever they want and they have done whatever they wanted for the last 40 years. Patriot act and NDAA acts give them the right to do it. Constitution out the window. But you cant predict or intervept every attack by an extremist because there are just too many to keep track of.

"simply training the masses up to see whistleblowers and whistleblowing as treachery."
They are doing it already.
Snowden is in exile.
Manning in prison.
There are others but I can't remember them.
Wikileaks guy (sorry I'm really bad with names) confined to an embassy for years.

Every argument the west has used to justify their crimes against humanity are baseless.

But are we? If Americans stood up and reclaimed their country Russia wouldn't have to. If we did it, it could be bloodless, if Russia does it, it will be nuclear. I don't want Russians to be my savior, I want American patriots.

"simply training the masses up to see whistleblowers and whistleblowing as treachery."
They are doing it already.
Snowden is in exile.
Manning in prison.
There are others but I can't remember them.
Wikileaks guy (sorry I'm really bad with names) confined to an embassy for years.

You are correct, my error.

I didn't know I lived where it was legal for secret agencies to violate civil liberties in the name of peace. Neither did Edward Snowden.

I thought I lived in the land of the free. Innocent until proven guilty. The entire foundation of our system suggests that crimes will happen.

I don't need 24 hour monitoring to protect me. I prefer to be free and live with the prospect of danger.

Edward Snowden is a hero. People commit crimes and people die as a result of crime. Insanity is part of humanity.

It's governments job to catch and prosecute criminals. It's not the government's job to prevent crime by violating our Constitutional Rights.

posted on Nov, 17 2015 @ 10:12 AM
link
Human nature. Those doing the warring blame someone else for failures or mistakes.

The intelligence community is either really inept or they are playing games for their benefit and control. I'd put my money on the game.
edit on 11/17/2015 by roadgravel because: typo twice

This is not unexpected that they would blame Snowden.