England vs France: 'Eyes of the world on Wembley, we must show terrorism can't win'

The game looked almost certain to be cancelled following the terror attacks in Paris, on Friday 13/11/15 which included bomb blasts that killed three people at the Stade de France. England manager Roy Hodgson in a press conference tonight said "The eyes of the world will be on Wembley tomorrow night it will not be a normal friendly and it is a chance to show, terrorism can't win." Football Association chief executive Martin Glenn added that the game would have "massive global significance."

During Tuesday's game, Wembley's arch will be lit up in the red, white and blue of the French flag to show solidarity.

Extra officers will be on duty for the game, including armed police.

Screens outside the ground have already been showing the French motto 'liberte, egalite, fraternite', and before kick-off the words of the French national anthem - La Marseillaise - will be shown for any fans who want to join in.

The Duke of Cambridge will also be in attendance, Kensington Palace has confirmed. Prince William, who is president of the FA, was not scheduled to go, but decided to after Friday's attacks.

A surge in tickets over the weekend


The Football Association has urged fans to arrive early at Wembley tomorrow night in preparation for additional security measures and a series of tributes at 7.55pm when “the eyes of the world” will be on London before England’s friendly against France. “The match starts at five to eight, not 8pm,” said Martin Glenn, the FA chief executive. “We want to spend five minutes demonstrating our solidarity. It will have a massive global significance. It is the first big event since Friday. The eyes of the world will be on Wembley. It is a chance to demonstrate that terrorism can’t win.” Glenn said that a weekend surge in ticket sales had suggested that, rather than be fearful about attending the match, the English public had demonstrated a desire to show their solidarity with France following the terror attacks in Paris last Friday. 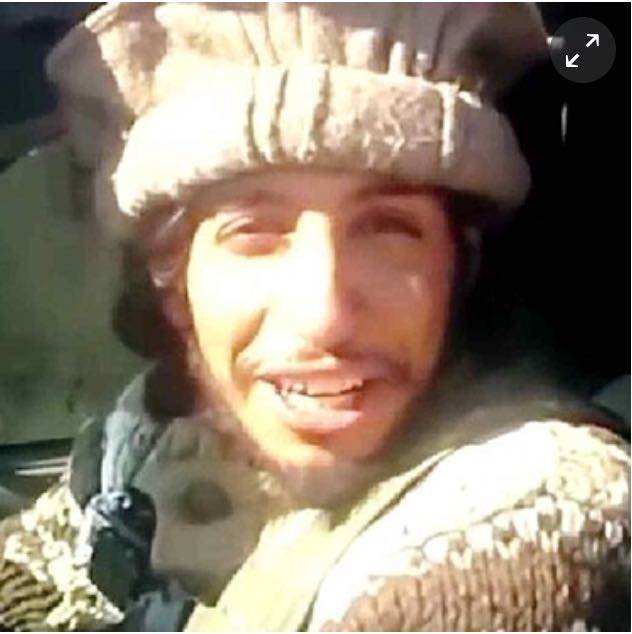 I have a bad feeling about this guy, Abdelhamid Abaaoud successfully evaded international security forces and surveillance to coordinate -and execute- multiple attacks using multiple attackers, multiple targets and multiple weapons with military precision in Paris on Friday, November 13, 2015. 27-year-old Abaaoud joined ISIS in Syria in 2013, and may have taken part in ISIS battles and executions. He was seen in a 2014 video transporting mutilated bodies to a mass grave. At least one analyst said he showed leadership qualities and ambition in the video.

Recent ATS Thread about him here

If he manages to pull off co-ordinating an attack on Wembley Stadium, I can Imagine it will do his credentials within ISIS very very well.
But with a packed Stadium and Armed police something as simple as this could be classed as a small victory

Thousands of defiant Parisians ignored a five-day ban on public demonstrations, which was imposed by French police and ministers, as they gathered at significant squares and buildings across the city on Sunday night. But one of the vigils - held close to where one of Friday's attacks was mercilessly carried out - ended in panic after mourners said they heard gunshots and desperately fled from the scene, trampling over flowers and knocking over candles.Thousands of people had grouped together to pay tribute and offer support at the Place de la Republique square, with some even offering 'free hugs' to those most in need. Two French law enforcement officials said the crowd in the plaza apparently panicked after hearing firecrackers. A French security official added that someone had reached out to police in the plaza out of panic but when officers arrived with weapons drawn, the crowd dispersed in fear. Many residents were said to have cowered under restaurant tables in the nearby area until police said it was safe. Jake Wallis Simons, Associate Editor (Global) for MailOnline, who is reporting from Paris, was caught in the panic. He said: 'I was on the Metro and about to get off at the Place de la Republique station. The doors opened and a screamed announcement came over the tannoy.'About 60 or 70 people dashed down the stairs and jumped onto the train, spreading panic. Clearly, they believed an attack was going on above ground and had run into the Metro for safety. 'Everybody started moving along the train to get as far away as possible. Nobody got off. People were begging the driver to close the doors and move the train down the track. After a few seconds the train went on to the next station.' When Simons disembarked, the streets of Paris were tense. He said: 'Sirens were sounding everywhere and a helicopter was flying overhead. I met one man who was bleeding badly from the wrist. He had been knocked down in the stampede and had cut himself on glass. 'It was about 25 minutes before the word spread that there was no immediate danger. This all just goes to show that in addition to the sorrow and the defiance, Paris is now a city in the grip of fear.'

posted on Nov, 16 2015 @ 02:16 PM
link
If this actually goes as planned (the game) they better get security tighter than a.... You know what I mean. Keeping my fingers crossed that all goes well.

posted on Nov, 16 2015 @ 02:21 PM
link
I'm glad it's going ahead, it will become more than just a meaningless friendly and hopefully show whoever are behind these terrible attacks, that they are against the whole of humanity. That is one hell of a battle for any organisation.

As for the new poster boy of Daesh, I'm sure a hellfire missile will be awaiting him someday.

posted on Nov, 16 2015 @ 02:35 PM
link
I know the area and it will be zipped up tight (its a PITA to get round on a normal day)
so i seriously doubt there will be any trouble and if there was someone crazy enough
to try they wont get within a quarter of a mile of the stadium.
edit on 16/11/15 by ShayneJUK because: (no reason given)

originally posted by: RP2SticksOfDynamite
Correct Score will be 1-1 GUARANTEED! Get your money on!

I hope your right !

posted on Nov, 16 2015 @ 02:48 PM
link
Bread and sircuses...
Am I so stupid to think something will happen tomorrow? Of course not...
Terrorism already won this battle, as it is shown with this line of thinking in the OP...
You are afraid... that's their goal!

Hope all goes well but don't think anything will happen, fingers crossed

originally posted by: zilebeliveunknown
Bread and sircuses...
Am I so stupid to think something will happen tomorrow? Of course not...
Terrorism already won this battle, as it is shown with this line of thinking in the OP...
You are afraid... that's their goal!


I was brought up on the rivers of blood speach, so I have preppared for what is inevitably going to happen my whole life.
My only fear is for those who think that more diversity, and cultural enrichment will solve the problem. 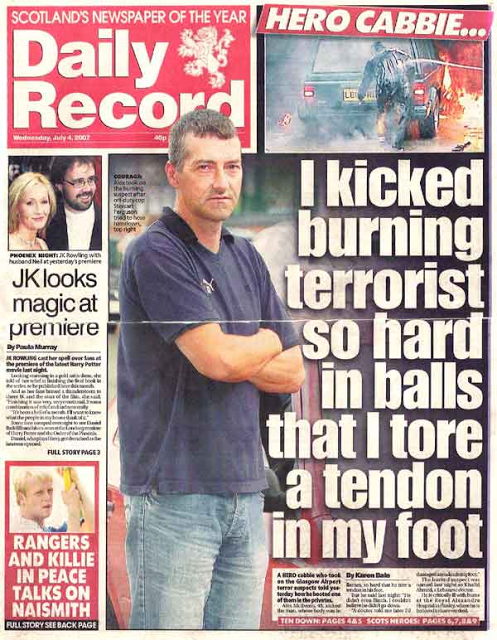 Won't need much more than him to protect the games

originally posted by: Maxatoria
we just need to invite this guy down for a few hours

Won't need much more than him to protect the games

If kicking a dead terrorist in the balls, and comming away with an injury is the best we got, then we really are in the $hit.
Thankfully I know we can do better.

originally posted by: combatmaster
WIll England let France win because of pity?

originally posted by: combatmaster
WIll England let France win because of pity?

I dont really follow football, but I don't think our side is very good.
Its about taking part, to me, and I think letting them win (If thats the case) would be seen amongst the fans. Nah a draw, it will be, a show of mutual respect, and solidarity. definatley worth a watch I think.

afraid hah i grew up with the constant threat of the PIRA at least they were professional
in their work
ISIS at least in the UK are little league as best our police and MI5 will be all over em if they
break cover.

wembley stadium and its surrounds are camera'd up to death with security overt and covert
everywhere the bombers could not get into the stad de france they will fare no better in london.

posted on Nov, 16 2015 @ 05:10 PM
link
no sympathy score in this match France has a very good soccer team if they win
it will be played for no mistake

posted on Nov, 16 2015 @ 05:13 PM
link
I wouldn't like to fully discuss where they could logically attack, because that could give them ideas.

But London, I would be very surprised.


BRUSSELS, Nov 17 (Reuters) - A soccer friendly between Belgium and Spain scheduled for Brussels on Tuesday has been postponed for security reasons after the Paris attacks, the Belgian soccer federation said in a statement.