"I'm mad Paris is getting attention and I'm not!" #mizzou #pityme #victim 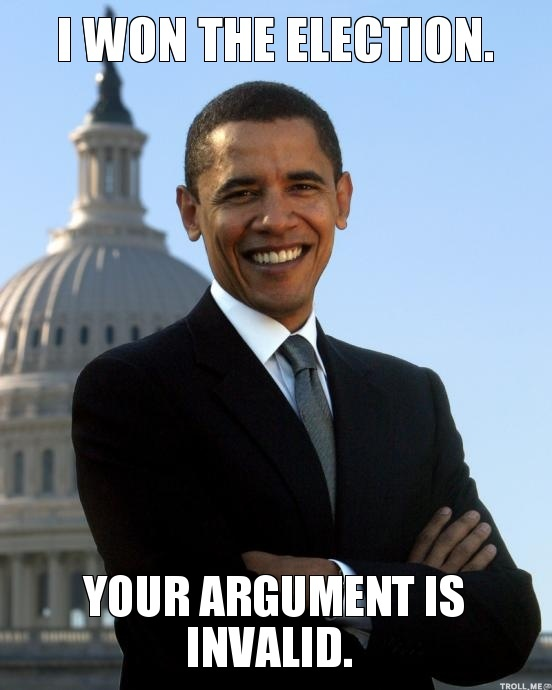 
I'm not conservative, but as a black President, you'd think that he would do more to help get rid of race wars...yet he fans the flames, as so many Youtube videos show.

“That's just how white folks will do you. It wasn't merely the cruelty involved; I was learning that black people could be mean and then some. It was a particular brand of arrogance, an obtuseness in otherwise sane people that brought forth our bitter laughter. It was as if whites didn't know they were being cruel in the first place. Or at least thought you deserved of their scorn.”


― Barack Obama, Dreams from My Father: A Story of Race and Inheritance
edit on 15-11-2015 by IlluminatiTechnician because: Added Video

What is making it worse is the fact he is president and minimizing of racists acts towards any race.

The people in this thread say because of Paris, they should stop caring about their cause because to them it doesn't matter.

Why do they get to declared what matters to someone and what doesn't. Same goes for the twitter people this thread is about....both matter and not one is more important than another.
edit on 15-11-2015 by lucifershiningone because: (no reason given)

originally posted by: JDmOKI
a reply to: scorpio84

Because everything is a big conspiracy..

Everyone, at some point in their life will be discriminated against.

the 1% who piss and moan? I ignore them.


What about the 1% that s#!t on everyone regularly?

“The oligarchs have to make use of the masses without significantly raising the general standard of living.” ~ George Orwell

The problem with this logic is he was only elected because he looked black, while having a white mom that was related to both Dick Cheney and the Bush clan.

posted on Nov, 15 2015 @ 08:46 PM
link
I would imagine that a fair proportion of the people injured or killed in the Paris attacks were of black origin, so presumably their point is that black American lives count more. What an odd world we live in.

It's America, the Capital of naccisism, self centeredNess and "it's all about me". Add on top of that a healthy dose of just overall stupidity and ignorance, what do you expect? Since Occupy Wall Street, all of the "movement" groups really lack any real common sense as to how to really effect meaningful change. They are good at screaming injustice, but lack any real plan to turn those ideas into reality. They tend to turn would be allies into becoming "part of the problem". That kind of attitude will never win over the American Public. Case in point going after the press like they did. Not a good strategy. This is from another thread here but illustrates my point. link
edit on 15-11-2015 by pavil because: (no reason given)

Are these students being rounded up and herded into halls to be slaughtered?

Has anyone actually died?

Has the KKK actually gone on a ethnic cleansing campaign?

None of the above..?

They are nothing but a bunch of wingers who should just crawl off into a hole and STFU.

FFS they have all those tough guys bullying and flexing their muscles at the media, but cant handle a few pot bellied, sheet wearing rednecks....LOL

originally posted by: Mizzijr
Way to be biased ATS. The black lives matter movement never really received positivity on this site to begin with and that's okay. However, there are plenty of black people that are apart of the BLM movement that fully support Paris.

To be honest with you, some of these comment on this thread are racist. ISIS have picked the wrong targets? Really?

No matter what happens in another country, we still have issues at home to face. Race is one of them and there are black people who feel VERY strongly about that.

Mhm, let's let ISIS have them. Stupid African Americans, caring about their freedoms and the problems they face, have they no sense of the world? How dare they? Cause all lives matter, right?

posted on Nov, 16 2015 @ 11:41 AM
link
well they got what they wanted didnt they? i think journalists should have a healing space too after dealing with those idiots.
edit on 16-11-2015 by JourneymanWelder because: (no reason given)

Ignore them, nothing will happen and when they arent attacked, they will slink home embarrassed never to admit it.

Activism when no one is watching

Given the nature of this forum these days, I guarantee you get a number of stars.

I think thats exactly the problem. The PC culture has made is so the opposing argument is brushed aside as racist. Of course they have every right to protest and yell like children but everyone else has a right to disagree.

Its either you agree with them or you're a bigot and that's not how adults solve problems
edit on 16-11-2015 by JDmOKI because: (no reason given)

Unfortunately, that is all too often how adults solve problems, so they're learning from example.

Of course we can also neither agree nor disagree, as they are too sweeping in their affirmation/dissent.
There are at least fifty shades of grey...