"I'm mad Paris is getting attention and I'm not!" #mizzou #pityme #victim

page: 1
87
<<   2  3  4 >>
log in
join
share:
KaDeCo
+77 more
posted on Nov, 14 2015 @ 03:51 PM
link
The Mizzou protesters are angry at the media coverage shifting from their fabric ated racial inequality pity-party to the people who were killed in Paris in the most recent terrorist attacks. I wasn't going to say anything, but this is absolutely outlandish. How DARE those dead French people steal the spotlight from their perceived racial disparity? How dare the media focus on more important matters of world affairs rather than spoiled selfish students?

This is just pathetic on every level.

This is the face of higher learning in this country? Sure. I understand if you're not on the support Paris bandwagon. I get it if you think that this is a western created problem. I understand the concerns for refugees, racism, and the European culture. The opinions of everything involved in the Middle East that makes it a topic that splits people's opinions. But these students protesting that their protest isn't getting spotlight media coverage after hearing about their crying over swastika poop for days and days non-stop. This is the epitome of arrogance, selfishness, and sociopathic entitlement. I am tired of being 'quiet' about it because it might 'offend' someone.

I am chaste, because I give zero f###s if they are offended anymore.

This social justice rampage is stupid. They need to grow up.

(EDIT: No. I do not want them silenced or censored. I am GLAD they are exposing their ignorant vitriol through every arrogant tweet they post. Let them scream it from the roofs of their colleges.)


edit on 11 14 15 by KaDeCo because: Grammar - I guess when I type angry I no type gud.
edit on Sat Nov 14 2015 by DontTreadOnMe because: Mod Note: Do Not Evade the Automatic Censors 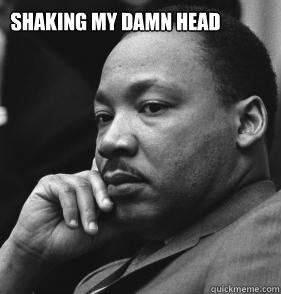 I think I'm actually speechless. This is unbelievable. A sure fire way to lose sympathy.

posted on Nov, 14 2015 @ 04:00 PM
link
I've read some real sarcasm over the years on the site and this is one of the better threads on it. If this was the intention then it has been achieved. In reality our hearts go out for the victims of Paris and we hope action will be taken against those responsible.

Shamrock6
+28 more
posted on Nov, 14 2015 @ 04:00 PM
link
Yea. I saw some tweets earlier about how having your free space invaded and having people call you names is terrorism on the same level as getting murdered in a theater while you're trying to enjoy a concert.

They got balls, gotta give em that at least.

Why are they trapped in their rooms? Man talk about being incredibly dramatic. Nobody actually honestly thinks these college students are oppressed to the point of being scared to leave their own rooms. This is called being taught at an early age and through the MSM and white guilt that they're victims

Why are they trapped in their rooms? Man talk about being incredibly dramatic. Nobody actually honestly thinks these college students are oppressed to the point of being scared to leave their own rooms. This is called being taught at an early age and through the MSM and white guilt that they're victims

Usually I do not get furious about things that happen, I look at things people do and go "Welp, they can have their opinion." But this is the root of the problem. This and the response of some of the students is such a disconnect to reality I "literally just can't even."

FraggleRock
+27 more
posted on Nov, 14 2015 @ 04:05 PM
link
So the people who used muscle to bully journalists away from their "safe space" are upset because an actual tragedy took the attention away from them?

Yep. That's what is happening. I didn't even catch the irony in that.

"STOP REPORTING NO MEDIA" to "Wait where did the journalists go? This isn't fair!!!!"

burdman30ott6
+32 more
posted on Nov, 14 2015 @ 04:08 PM
link
Twitter: leaving idiotic, self centered nothings with the impression anyone does or should give a damn about their thoughts and opinions since 2006.

Seriously, MOST OF US DON'T CARE ABOUT THE TRIALS AND TRIBULATIONS OF MISSOURI COLLEGE KIDS. They clearly have a lot of maturing left to do and have the standard 18-22 year old opinion that the world owes them something... pretty standard thought pattern for children who have yet to experience the real world yet. Best solution is to ignore them until they reach a degree of maturity that warrants no longer ignoring them.

If I tweeted about the USA it isn't what the USA thinks it's one man, me. Let's keep that in mind.

originally posted by: FraggleRock
So the people who used muscle to bully journalists away from their "safe space" are upset because an actual tragedy took the attention away from them?

Clearly you just don't understand the TERROR one faces when one makes a national spectacle of oneself and demands attention, then gets it.

football in college is far more important then actual education 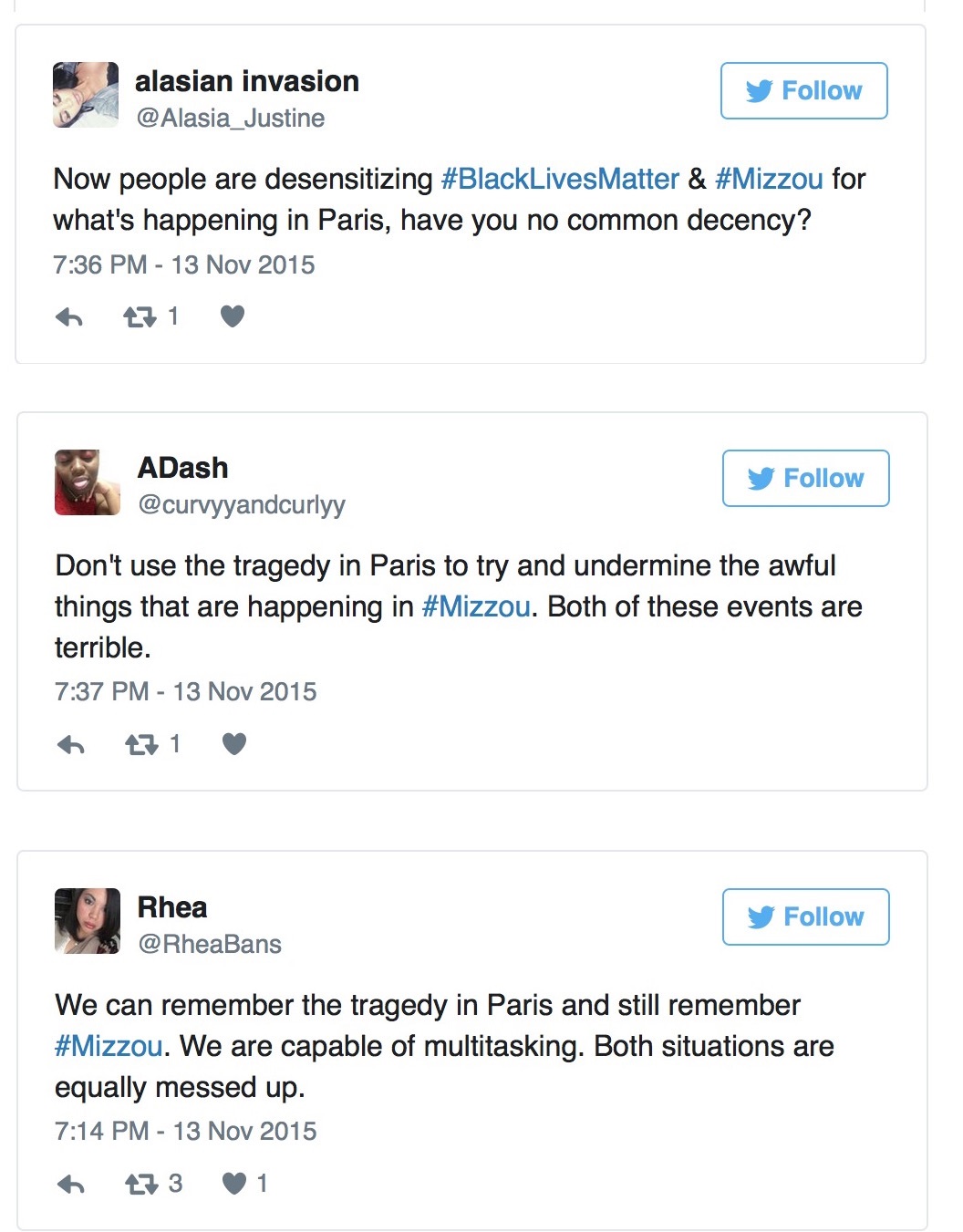 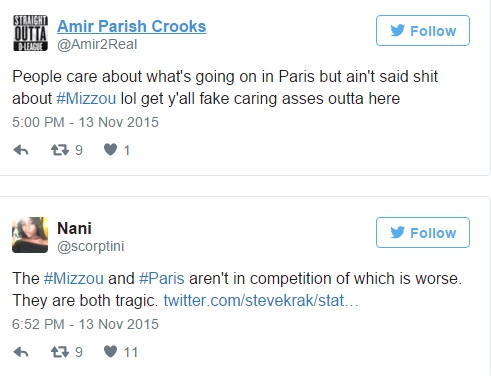 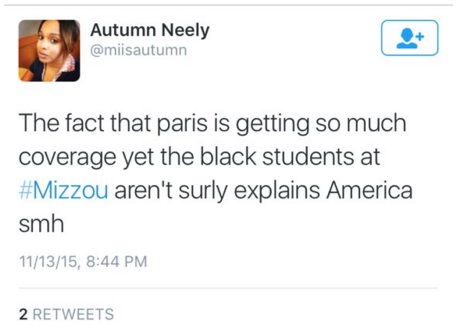 watch your "Microagressions" . This is more than 2 tweets, there are several more from BLM.


I wonder how they will feel when ISI(S)(L) visits them, does anyone think a "safe space" will save them?


anyone want to donate to a field trip to Syria?????

The fact that an individual is publicly calling himself "King Beef" while expecting/demanding others give credence to his opinion says a great deal about that individuals grasp on reality.