originally posted by: swanne
a reply to: booyakasha

Multidimensional? You do know that a "dimension" is not the same as an "universe" or a "multiverse", right? Our own universe is "multidimensional" - that is, it is a 3+1 spacetime system.

How do you explain the fact that the universe existed before any forms of life (let alone consciousness) came to evolve?


Before abraham was, I am.
when god asked moses what his true name was he said i am that i am.
in the book of matthew jesus says " you are the light of the world"
gods first words in genesis were let there be light.

the whole thing about the bible is, its a handbook to personal enlightenment.
it doesn't end until after this universe ceases to exist and a new one is created called the creation of a new heaven and new earth.

Enlightenment doesn't end until you realize that you are God, or im already dead.
"i am the vine and you are the branches." God is everything and we are apart of it.

it doesnt stop until you realize that you are the one on the cross.. you fail to see reality as one thing and that is the self. the self is the alpha and omega. the beginning and the end. the first and the last.
jesus said the first will be last and the last will be first.

if you want enlightenment and want to view reality as a holographic projection of your mind i can sort you in the right direction, if you want to learn about electrical signals in your brain and nuero plasticity i can show you.

from this we can see something from nothing, as in in the beginning there was god. and god was the word, and the word became flesh and dwelt among us. the whole thing of the bible is about how a human could be god, as well as be made in the image and likeness of god.
in the beginning was the void. within this void was the spirit of god. god and the void are one.
from this void comes the creation process of natures first pattern in sacred geometry.
the golden ratio discoveries in reality are a clue into the mandelbrot set we call reality.


much like how the human embryo was is formed in the shape of the egg of life, we see insight into the true nature of reality which is what the word enlightenment means.

the ultimate truth is that you are a thought and thought creates thought. i've heard someone say once that the substance of the universe is consciousness. whell to be honest, its true, if both electrical signals in the brain and chemical reactions are what consciousness is then everything we observe is a figment of imagination.

much like being in a dream where you can levitate or have super powers. thats a real experience by the observer, and how do you know the diffference between a dream and this reality? if both are manifestations of the mind...
edit on 14-11-2015 by Belcastro because: (no reason given)


originally posted by: booyakasha
a reply to: intrptr

Oh you've personally met him and scientifically studied him already I see...

What experiments did you do to prove all of these guys to be hoaxers?


I just addressed the first video because thats the one I am familiar with. Literally, listen to the wind strike the camera microphone, just two seconds before he begins to make that whooshing sound (for effect).

Right at the 1 minute mark.

That's your indisputable and empirical proof and evidence of a hoax?

You really should click off of this thread if you think that demonstrates scientific methodology.


Your powers of observation are as blurry as your Avatar.

Focus, Jack. The wind hits dude b4 it hits the lake. You don't see that, you hear it on the mic.

Tell me Tesla's work is a hoax. Please

Much of it was.

He had a real thing going with a dove that emitted beams of white light, too.

originally posted by: booyakasha
Both quotes demonstrate that consciousness play a huge role on physical matter...

Quotes and demonstration...they are not the same thing.

nice jesus reference. made me lol. some people do treat him like jesus

posted on Nov, 14 2015 @ 07:29 PM
link
I think it is always strange how these threads dissolve into discorded ramblings so far off course. That should always stand as proof of the lack of real substance in the OP.

Seems to me the title of the OP should be "Man Seeks Funds To Study With Parapsychologist, Dean Radin."

I can't read Portuguese, so I am not 100% sure it wasn't mentioned in the linked source, but I couldn't find references to Guerrer's work in this field that alluded to his discoveries. Could it be because he has done no work in the field and is only seeking funding for an internship at the IONS?

None of this information is available, and we are left talking about God, human consciousness, and one-ness with the multiverse.

originally posted by: penroc3
a reply to: Bedlam

nice jesus reference. made me lol. some people do treat him like jesus

No, he really DID. Some of Tesla's actions/quotes are really over the top. He was pretty squirrely in some ways. That's generally glossed over by Teslaphiles.

i saw a thing on TV about him and if i remember correctly he heard voices and had crippling OCD and other issues at the end of his life.

i wonder if he had schizophrenia, crazy but functional enough to use his "out side of the box" thinking for some good.

no doubt he was very smart, but i know he had some issues.

originally posted by: Phage
a reply to: trifecta

What is a TM frequency? But I thought we were talking about "light". Light is electromagnetic radiation


But anyhow, what about electrostatic and EM wave phenomenon in plasma? How about solar radiation?


Wave propagation of light meeting magnetic fields or crystal structures refract light causing diffraction and scatterings. The pineal has trace mineral elements of silicon in its chemical composition. We have sodium channels of calcium in the retina's rods and cones. Also electrochemical gradient which is theromagnetic and electrostatic sensitive.

You're the one focusing on xrays. Xrays do scatter sometimes creating an airy disk effect, for example. We do have spectrometers that give a visual expression of xrays, similar to the functions of retina tissues. I made a generalization with non-visible light frequency. Many radiation frequencies penetrate organic tissue. UV-C is one example. Any form of non-visible radiation that can alter DNA/RNA penetrates organic tissue.

What would the CT scan prove if you have a calcified p gland?

Among other things, that I had a calcified pituitary gland. It would show up in the scan.


Ooooo. You said frequency. Twice.
That must mean that what you said makes sense.


So, I think there's little chance of detecting calcification with a CT scan. So I wouldn't be so confident with your prognosis.


originally posted by: booyakasha
a reply to: intrptr

Oh you've personally met him and scientifically studied him already I see...

What experiments did you do to prove all of these guys to be hoaxers?


I just addressed the first video because thats the one I am familiar with. Literally, listen to the wind strike the camera microphone, just two seconds before he begins to make that whooshing sound (for effect).

Right at the 1 minute mark.

That's your indisputable and empirical proof and evidence of a hoax?

You really should click off of this thread if you think that demonstrates scientific methodology.


Your powers of observation are as blurry as your Avatar.

Focus, Jack. The wind hits dude b4 it hits the lake. You don't see that, you hear it on the mic.

The video isn't a controlled experiment. It is one of apparently many examples. Did you ever consider that might have been blowback, spin off, or backlash? Maybe the guys inadvertently, subconsciously primed the area in question with the psychokinetic effect? Maybe there were other interjecting turbulence factors apart from what he was generating? Maybe this was the result of extra air from a peripheral filling the deficit created when he stopped the previous air vortex?

Clown ignorance? Was that really necessary?

originally posted by: Phage
a reply to: trifecta


Ooooo. You said frequency. Twice.
That must mean that what you said makes sense.


So, I think there's little chance of detecting calcification with a CT scan. So I wouldn't be so confident with your prognosis.

Let's not expose slip from undergarment. I'm happy to debate this without all the colorful adlib.

is English your first language? no offense.

The human body is a living conductor. Each of your organ systems produces a flow of electrons, resulting in an electric charge and ultimately a weak magnetic field. When electric current passes through a wired conductor it can produce magnetic effects. Just wrap a copper wire around a screw driver and apply A/C current. Presto! Magnetized tip. 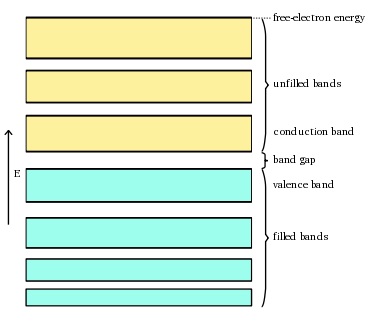 Think of each layer as an energy node tied to a chakra. The first four bottom layers are your lower chakras. These areas have a less restrictive flow of energy, ion, electric, whatever. There's a gate between layers 4 an 5. The Heart region and the Throat region. The current flow between regions is restrictive. It's not non-existent, just higher resistance. In thermodynamics, an optimum state is a state of equilibrium, otherwise the contrast is discordant. If you are able to breach the gate between regions all the way to the top band, you can achieve equilibrium. There are other factors to considered for this milestone. Eventually breaching those upper bands increases the electron capacitance and strength of the magnetic field you produce.

Unlocking the Crown chakra (top band), is essentially plugging into a higher energy potential for super charging. This is when the closed circuit in your body, gets a parallel feed from the zero point source. It's when circle meets tether. Magnetic fields can and do hold ions and the electric generated by the body, the stronger the mag-field the less potential your lose. If you can manipulate your magnetic field and extend your current, beyond your closed loop system, why couldn't you affect external forces through the laws of dynamics?

originally posted by: penroc3
a reply to: trifecta

is English your first language? no offense.

originally posted by: swanne
a reply to: Klassified

Oh, so now, people who do no bow down to this "the universe is the product of your imagination" nonesense are "fearful" and "controlled by TPTB"?

A weak argument, caused by pseudoscientific reasoning which doesn't hold up to logical analysis.


So Von Neuman chains and delayed quantum erasers should be categorized as philosophy?

Can you tell us what other "bands of light" do so?


Mostly red, to judge by what I see when I close my eyes in the sunshine.

This is great news, but you have misinterpreted it, and nobody, it seems, has bothered to correct you.

The Insititue of Noetic Sciences is, as is obvious from the name alone, a woowoo club.

Dr Guerrero is a real physicist at the University of São Paulo, which is not a woowoo club.

What Dr Guerrero wants to do is invite the woowoo clubbers to repeat their woowoo experiment under real laboratory conditions, supervised by him, and see what happens.

In other words, he's telling the Noetic New Agers to put their money where their mouths are, and prove their claims by subjecting them to scientific analysis.

Of course, the Noe Agers will never accept.

My compliments to the good doctor, but there's really nothing to see here.