Forgive my ignorance, but what does Merkel and Germany have to do with this?

originally posted by: frugal
a reply to: Flyingclaydisk Not Harsh. This is a time out bench, a professional spanking. If you can't be a nice guest, or get along with others go home. The people who left the Middle East and are now educated are more likely to help their ancestors more than someone else. This mess needs cleaned up. I don't want to see another fifty years of bad news because someone is naughty and can't behave. Do you think they are mature enough to raise more children? This is going to require some serious work on our part to get them to stop. One apple can ruin the whole barrel of apples. So put that rotten apple back next to the tree to begin again in a controlled environment.

I kinda, sorta agree with you - I think.

Only in that we have to stop looking at it from the stand point of religion or region or politics or personal preference and start looking at it from a socially acceptable, functional stand point. Some behaviors are simply contrary to the values of a free and open society or a democracy, which is what the West represents.

If a person or people cannot abide by the established norms of Western society, they need to go back to their country of origin. If they are in their culture of origin, they need some sort of remediation.

It's not discrimination. It's social ostracism to curb anti-social behavior. When children throw rocks or sticks or somehow hurt others on a playground - they are removed for a timeout or they lose priviliges.

We need to stop doing business with countries that support this anti-social behavior and we need to stop immigration from these countries as well, unless some sort of assylum has been granted in individual cases. And, most certainly, travel to and from these places needs to stop.

originally posted by: IAMTAT
Got awfully quiet in here all of a sudden.
What happened to all of those defenders saying all of those young, male, Syrian refugees are just victims...harmless...would never have any ISIS affiliations or carry out attacks?

I was one of the defenders. I now call for a wall with armed guards.

originally posted by: IAMTAT
Got awfully quiet in here all of a sudden.
What happened to all of those defenders saying all of those young, male, Syrian refugees are just victims...harmless...would never have any ISIS affiliations or carry out attacks?

Most of them are innocent refugees. No one ever said no extremists could have gotten in with the refugees. Not letting refugees in does not stop extremists from doing horrible things. You forget there are white, non-Muslim ISIS sympathizers throughout the entire West too. People that were never part of anything over in the ME. It's not just ISIS or Islamic extremism that is capable of mass murder and terror either. You can't kill an idea. You can't seal it out. The only sensible thing to do is to stop feeding it and for every person to be aware of everything around them, not rely on your governments to do it for you by stripping liberties away.

Why? It's not her fault. Why shoot the puppet?

Kerry kept talking about removing Asad and avoided mentioning Russia directly. Obama curiously already had an intricate strategy ready, and somehow the US seems to be at the forefront of this, now.

Edit:
Almost forgot: If you are a terrorist about to suicide with a bomb, why carry a passport?
edit on 14-11-2015 by DJanon because: (no reason given)

originally posted by: DJanon
Kerry kept talking about removing Asad and avoided mentioning Russia directly. Obama curiously already had an intricate strategy ready, and somehow the US seems to be at the forefront of this, now.

Obama had a strategy? Really?? Doesn't seem like it to most people. Except the strategy of appeasement.

originally posted by: DJanonEdit:
Almost forgot: If you are a terrorist about to suicide with a bomb, why carry a passport?

What if on the way to the target, the bomber gets pulled over by the cops? He'll need ID to get passed them and onto is target.

Edit:
Almost forgot: If you are a terrorist about to suicide with a bomb, why carry a passport?


The passport is used as a bargaining exchange for various things. A fake passport can easily be re-faked with a new photo thus is highly valued. It's all explained in The Al Qaeda Manual.


Reporter Nick Fagge bought a fake Syrian passport, ID card and driving licence in southern Turkey for $2000. He exposed the booming trade of false Syrian documents on the black market 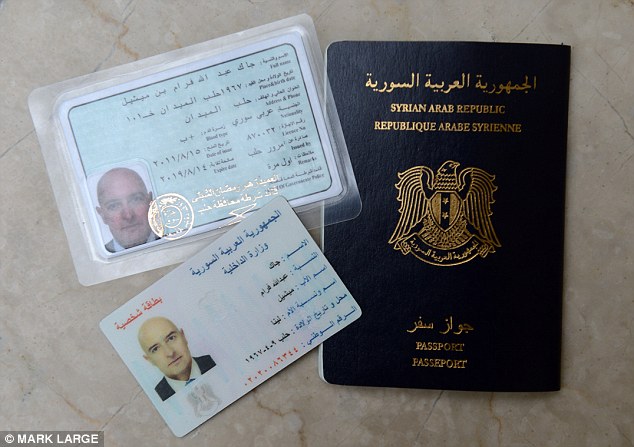 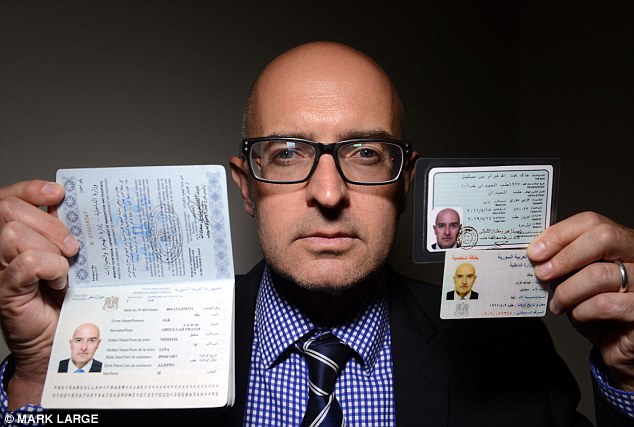 
Ah yes. If there is one thing we have learned from you, it is that you talk # because you know nothing better, but by all means we would love for you to prove us wrong.


Who is WE? People who find themselves on untenable ground often create unnamed sympathizers to make themselves appear more substantial.

originally posted by: FlyingFox
Thanks Obama.

When the shoe fits one must admit.

'leading from behind' has it's consequences.

As someone infamous said, and is demagogued for. 'You can either fight them there, or we can fight them here in the streets'.

posted on Nov, 14 2015 @ 03:29 PM
link
France always been and always is a Mongol lovers country, what they actually live today, is the result of their choices.
Also Oland is responsible along with many other western countries, weaponising ISIS.
Did you know that during first world war and destruction of Smyrna, french navy was number one ally to ottomans-mongols? They brought ships in the coast of Smyrna with the excuse of monitoring the situation and when turks start slattering the hellenics and armenians in their homes, French ships created a wall in the port of Smirna, because people tried to escape by boats and move in Aegean islands. But French created a wall with their ships and whoever made it to pass the ships with their small boats, they shot them with canons or guns from the french ships. France along with the mongols, did bazillion of crimes through history.
What france is experiencing today, is by a choice, they choose to be that and we dont care.

my opinion may look rough but it is not. It is their choice, always been their choice, you cannot feel sympathy for someones choices. It is just 2 generations away (1922), since french genocide thousands if not millions in Smyrna. The whole thing with Oland their president, I find it hypocritical.

ps: Something totally irrelevant with the incident, but related with french, also french are responsible with the deals they made during roman empire, with reptiles (this is also historical documented, in Kasteli France). Their sins are great! Let them wash out some...

originally posted by: starfoxxx
Another one snuck in with the refugees through greece ..
Breaking News: Second suspected Paris attacker likely passed through Greece - Greek officials
live.reuters.com...

Yes we know that too! They come from my country (as illegal imigrants with boats), but dont forget that 1 month ago, Oland came here and he congratulated Syriza government for that! LOL (Oland was in my country 22nd and 23rd of Octomber) search the news...
edit on 14-11-2015 by Ploutonas because: (no reason given)

My whole point here harkens back to your original assertion that the US would rather take out Assad even if it meant ISIS had to left to exist. I categorically disagree on this point. Further, Syria doesn't have any particular strategic or economic value to the US that other, more friendly, countries don't already offer. So there is no overwhelming reason Assad would be more important than the defeat of ISIS in this region. The notion this would be the case is pure propaganda.


I'm completey baffled that you say Syria is of no economic or strategic importance? You might want to get out a map. Syria so happens to be situated right next to Turkey and the mediterranean.

Now there are three scenarios how Europe gets it's gas.
1.) Via Russia (which is happening now)

2.) From Turkey via SYRIA

3.) From Mediterranean via SYRIA

Now Europe does not want to rely on Russian gas anymore. So we have two potential pipelines. But one was rejected by Syria which involved an American Corporation proposing the Qatar - Turkey link. Assad refused because he knew that this would be detriment to the interests of Russia (Then we have the Syrian civil war and America supporting the Syrian rebels.) The other pipeline involves Iran.

Syria is not of economic and strategic value? You might want to rethink that and then your entire point might change a little.


Before 9/11, another American corporation proposed a gas pipeline from Turkmenistan to Pakistan. You might want to look on a map to see what country is situated inbetween and who refused...and then who invaded....and then who was subsequently removed.

Nothing is new under the sun when it comes to American foreign policy and terrorism.

i predict she is toast in the near future

posted on Nov, 14 2015 @ 03:52 PM
link
My heart goes out to my neighbours in France. I can't begin to comprehend what the people there, and especially the families of those killed, are going through. Saying it's barbaric is putting it mildly. No words can describe it.

If there is an after life those who took life's so callously will burn for all of eternity. Sadly, I don't think that's the case and they'll never face any kind of justice. They've just taken and destroyed life's in the name of a GHod that does not, never has and never will exist. What a waste.