originally posted by: ketsuko
a reply to: ipsedixit

As much as I hate to say it, he's right.

My heart bleeds for the ones trapped in that hellhole, but there is no way to be sure they aren't rabid dogs in disguise.


I've not yet known a clearer example of damned if you do, damned if you don't. It's heartbreaking. But in the end, we're just animals who happen to have formed a civilization. Like animals, when provoked, we will save our own.

Sometimes the truth is jarring.

originally posted by: seagull
a reply to: IAMTAT

However... These people, being who and what they are, hide among those who are not ISIS/ISIL.

There in lies the problem. To eradicate them means that innocents will be hurt. ...and guess where the newest recruits will come from? If you guessed those innocents hurt in the process, you'd be right.

Why do we need to assume refugees had anything to do with this?

That is my point.

We are assuming that they had a direct role, we don't know that. We are making a correlation but no causation.

Again, if it comes out these were refugees, then I will agree talks need to had about what we need to do. But until then I am not for placing this blanket generalization that all of them are looking to come over and kill people.
Many are just looking to escape this very same type of violence in country at war.

That isn't what was being said at all...

Just that it isn't as easy as just going in and killing and bombing people.

The more and more people we kill that had nothing to do with this feeds into the hate that creates it, or do you not agree with that?

originally posted by: Sremmos80
We are assuming that they had a direct role, we don't know that. We are making a correlation but no causation.

Of course you're right. We don't know for sure yet. 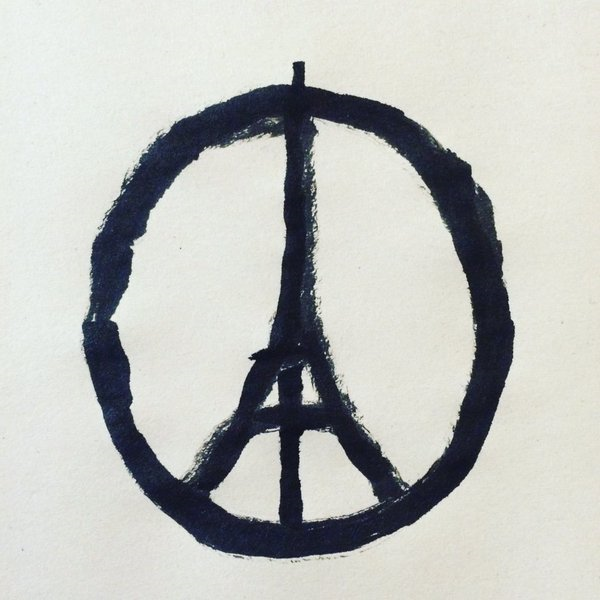 The simple truth of the matter is that you can't kill an idea. While it's fine to go after those who group up together and manage to buy/receive military grade weaponry and proceed to assume power in power vacuums and go on mass killing sprees, we won't ever get to the root of the problem by refusing to help the innocent, by looking in one direction, by failing to learn to stop exploiting and manipulating nations for control of their resources and manage ourselves, innovate based on what we have legitimate access to in order to meet our needs, by not minding our own business.

The living, breathing idea to inflict violence and death in as large a number as you possibly can in order to make a point, doesn't belong to a name, a religion or an ethnicity.

This will probably be much like the Charli Hebdo attacks,basically done by jihadis established in France, as immigrants from the middle east or Africa or jihadi inclined children of immigrants.

The Muslim community will always have a percentage, even if very small, of people who identify with the struggles going on in the Muslim world, struggles that the West is involved in. Canada took part in the dismantling of Libya. There is no reason to believe that jihadis are going to give us a pass on revenge for participating in NATO's various actions in that region.

Whether one agrees with Canadian policy in the Middle east or not, my own opinion is that it is not prudent to take refugees wholesale from that region.

originally posted by: Realtruth
a reply to: TortoiseKweek


Canada will follow suit refugees, especially Syrians will come to a halt.

Both the USA and Canada will put emergency protocols in quickly, mark my words.


I don't see it happening. They will come into both our countries and there will be nothing we can do about it because the govt allows it. If I'm wrong, I'll buy you a ... I promise!

That isn't what was being said at all...

Just that it isn't as easy as just going in and killing and bombing people.

The more and more people we kill that had nothing to do with this feeds into the hate that creates it, or do you not agree with that?


As I said...do not destroy them and they win.

What I said was, we can not just willy nilly carpet bomb the entire damned middle east. What the Hell would that accomplish? Oh, yeah, it'd lead to further recruitment by, guess who... ISIS.

Spare me the "kill 'em all" BS. Kill em? Hell yes, sooner the better. Make sure it's the right ones, not the innocents who live around them.

You are right, but it isn't just lets go into Iraq or Syria and just start killing people.

They don't wear uniforms, they blend in, so this gung ho idea people keep talking about isn't a reality.

How do we destroy them while limiting innocent causalities?

You are right, but it isn't just lets go into Iraq or Syria and just start killing people.

They don't wear uniforms, they blend in, so this gung ho idea people keep talking about isn't a reality.

How do we destroy them while limiting innocent causalities?

We have to be scarier than the terrorists. That's the only thing that will stop them.

We need to terrorize them.

No offense, but I can't be the only one that finds this sort of stuff tacky.

Right? I mean, I'm all about live and let live, etc. but something about these things that pop up after a tragedy irks me.

Anyway, IF ISIS is allegedly responsible for these attacks on Paris, what's next? Is the U.S. War on Terror Alert System back up and running?? I feel like with ISIS hitting a Russian airliner full of tourists, the tragedy and terror in Paris that MAY be due to ISIS, why is there no alert or whatever for the U.S.??

There's no way these ISIS fighters are going to stop here, they're rabid and they WILL want a piece of us, that is if they are the ones responsible.

Time for someone to start kicking some major ass over there, IMHO.