Fox is usually quicker to report on speculation where CNN tends to wait for some sort of confirmation before reporting. It results in some errors on the part of Fox but you can also get the actual news quicker as a result.

Of course, if you REALLY want the most up to date information, twitter is your main source. You have to decide for yourself which is true and which is false, though.

So it isn't really confirmed if you have to have a qualifier that it is speculation.

I don't really doubt a connection at this point, but still doesn't mean we should just assume it.

Or a reason to let the refugees disperse from the camp...

French President Francois Hollande just announced that France's borders will now be closed. Too late, they're already in.
edit on 13-11-2015 by Konduit because: (no reason given)

originally posted by: sg1642
Is it a coincidence that all the nuclear nations bar China have been attacked by or have attacked Isis?

China has it's own Muslim problem.
Gives you an insight into those responsible for creating ISIS when the Chinese don't have them, but do have a problem with Muslim extremists.

So your answer is too condemn all Muslims for these attacks?

originally posted by: Kuroodo
It was a matter of when.

I wonder where this will go...be on alert everyone!

France closing it's borders and removing refugees. It does appear France is under attack these incidents are becoming more and more frequent.

originally posted by: Konduit
French police are now saying that one person arrested at the attack sites told police "I am from ISIS".

100 people may have been killed in Concert Hall

originally posted by: PhyllidaDavenport
To all the whiners perpetually shouting about fear mongering....there's no need for fear mongering its actually happening and people ARE afraid. You don't need fear mongering when its real

This is a current map issued by the British Foreign Office of terrorist hot spots and safe areas on Europe....you may notice the paucity of "safe" areas. 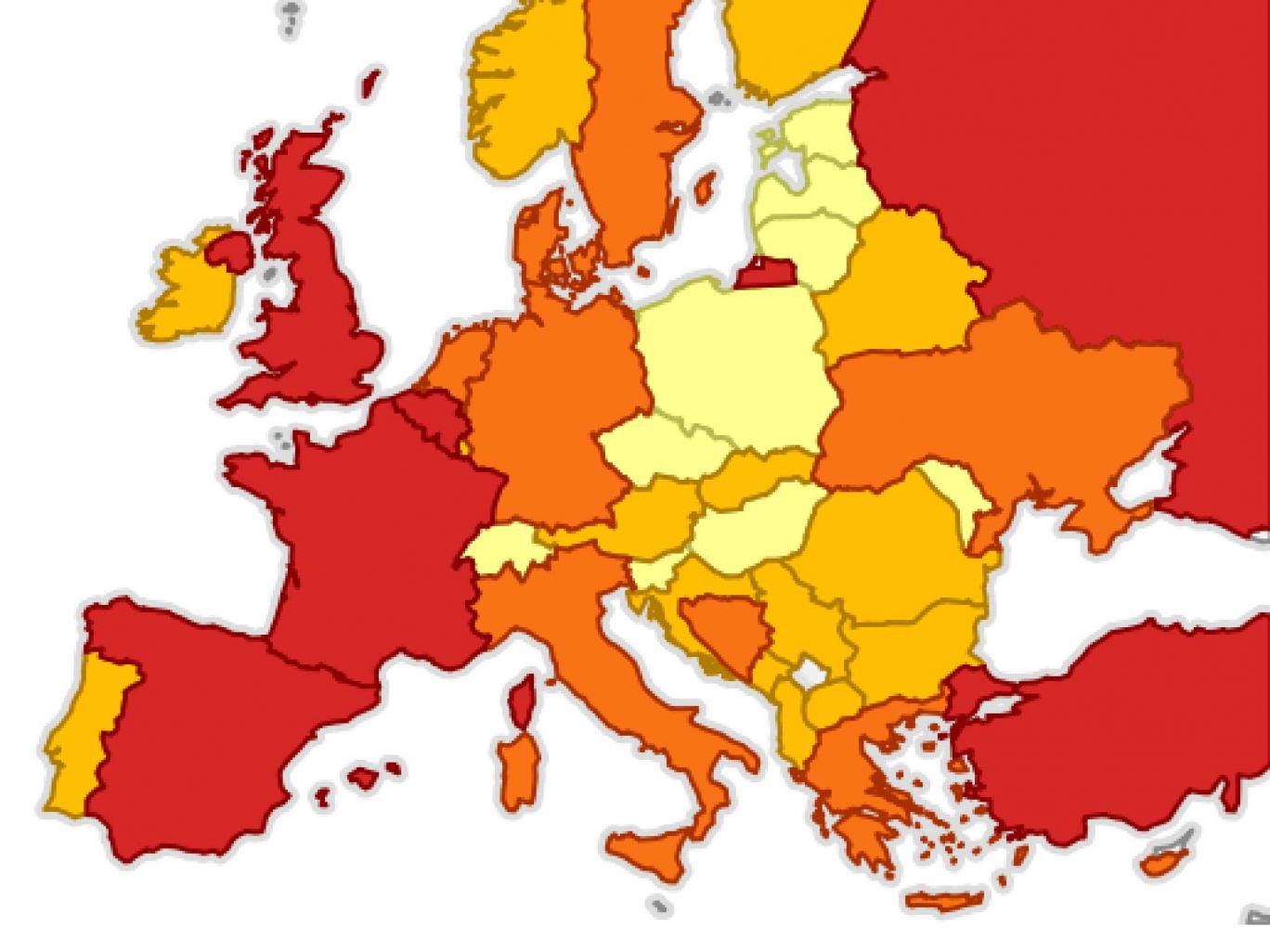 This is what we Europeans are living with now but god forbid we should actually comment think or say anything about how we feel, even just trying to give those far removed from it all the true picture gives rise to screams of bigot racist and now the new buzz word xenophobic. This has gone wayyyy beyond the liberal cries for "They just want a bit of love & understanding" try telling that to the French families now torn apart, and no-one but no-one is going to bother differentiating the good from the bad, the terrorist from the non terrorist ALL will suffer until the true agenda is played out

I would take "terrorists alert maps" with a pinch of salt. Europe is pretty safe compared to the rest of the world.

Yes, it's confirmed. Fox News and other agencies reporting he's Syrian and from ISIS. Not speculation.

Edit: Oh, its Fox. Well of course its ISIS and from Syria, thats the country highest on NATO's list.


originally posted by: Rosinitiate
The first thing he says is I'm Syrian.


Why wouldn't he say he's from Isis??

From the reports these were young men recruited by Isis.

I don't know, did they throw up gang signs and smack each other's ass too?

If it was me, I'd probably say "What the # just happened!"

Fresh recruits in war typically # themselves until battle hardened right? Yet, these young adults just committed mass murder and executed one by one. Adrenalin pumping, blood everywhere. I'm from Syrian ISIS.

Or maybe I should just have a knee jerk reaction instead and ask my government for revenge. Particularly, in the region some where's around Damascus and surrounding areas.

posted on Nov, 13 2015 @ 06:19 PM
link
What a terrible attack,this is going to be so bad in Europe . How much more can we handle before things really going to escalate. .

My heart goes out to the French who now have a second catastrophic event to coop with..