Just Had A Slaughter At My House.

As a few of you know, I loved my chickens. I had begged the hubby for 3 years to let me get them. I started with the basics, Barred rocks and Black Stars. Good layers and most were mild tempered. I also added 3 Polish. 1 rooster and 2 hens.
I had many amusing moments with that rooster, as he seemed to dislike my husband very much, and would go after him all the time. To the point I was not allowed to bring my phone into the coup, for fear of something being posted on the web.

A few months ago, a very determined friend, found me what they thought were 3 Silkie females, because I wanted them so much. Turns out it was two roosters and a hen, but they were so sweet and soft. They turned out to be more like pets.

We had had some meat birds too. Earlier, but they had already been butchered. I grew up on a farm. I have no problem killing animals for food.
But these weren't for meat. These were my egg hens, and entertainment roosters. And I am upset.

We didn't even know this neighbor had a chocolate lab, only the one his daughter has, down the road. Turns out he keeps this dog tied up. Because it is a "Problem " dog. Yeah.
He is an old school farmer, and it didn't sound like much was going to happen with the dog. I really don't want it put down, but what can you do with a dog like that? But that wouldn't do anything but hurt and confuse the dog. I had called the pound, so I don't know if they will ticket him or anything.
They are great neighbors, and he wants to pay for the chickens. I do appreciate that. 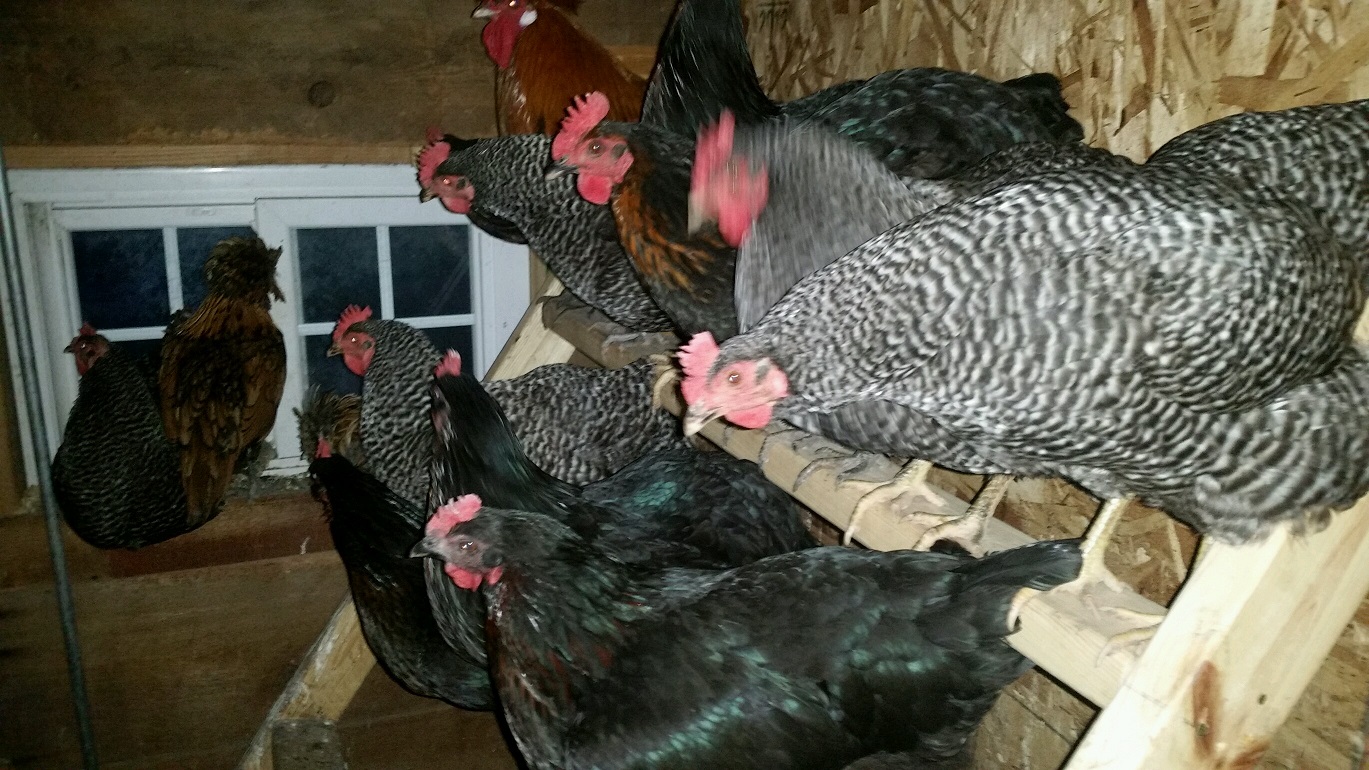 posted on Nov, 13 2015 @ 02:45 PM
link
Awww no! I had no idea a lab could do that. I thought the breed had a good temperament. At least the neighbor is taking responsibility,but of course,no replacements will ever be the same. :-(

Thank you. It just sucks, because we prepared for all kinds of wild animals, just to get our butts kicked by a damn dog. I guess hubby still can't figure out how he got in, unless he jumped the temporary runs 4 foot fence.

posted on Nov, 13 2015 @ 02:46 PM
link
I'm sorry for your loss but let the dog owner at least pay their monetary value and don't try to get the dog put down, it isn't the dog's fault. They can only do what comes naturally and some dogs can't be trained.

My only experience with them is around children,and nowhere near a farm. We have a corgi mix and a husky.

I'm not trying to get the dog put down. I only called the pound, because we had no idea where it came from, as his daughter has hers in the house while at work. I'm just worried about him getting loose again, and trying to finish the job. But we have taken down the temp run, and hopefully the neighbor won't let him loose again.

posted on Nov, 13 2015 @ 02:56 PM
link
Sorry for your loss.
The fault is with your neighbor who should had take better care of the dog. I know the money will not replace your chicken but at least is something.
I wouldn't blame the dog; the animal instincts are strong, no matter how great the animal is.
I found once a little white rabbit, probably a kid lost him, so I brought him home until I figure out where to place him. I have two dogs, so I closed him in my second bathroom, in a box, and went on some errands. When I came back they somehow got to him and butchered him; never found his head again. Home grown dogs, never violent or aggressive. I hated them for two full days lol but what can you do?
The animals will be animals, and we shouldn't punish them for that. Now I never bring other animals at home.
edit on 13-11-2015 by WhiteHat because: (no reason given)

originally posted by: AccessDenied
Awww no! I had no idea a lab could do that. I thought the breed had a good temperament. At least the neighbor is taking responsibility,but of course,no replacements will ever be the same. :-(

They're hunting dogs so they tend to also have some prey drive. It's unfortunate, but chickens are very much like what they are bred to retrieve.

Sorry to hear about the chickens. That just sucks. It has to be like getting disease that wipes out a full, healthy aquarium out of the blue. That makes you sick too. I hope you get it sorted out and maybe get your flock going.

And good luck with the one who is maybe not going to make it. Hoepfully, it surprises you and pulls through.
edit on 13-11-2015 by ketsuko because: (no reason given)

I just want to second what Kali74 said. Labs are most definitely bird dogs and will naturally go after any and all birds. It's not because they're mean natured, or distempered. They are hunting dogs and they were bred to do so. Duck hunting dogs to be specific. It takes a lot of training and work to get them to leave birds alone.

I am sorry to hear of what happened too. I just wanted to help offer some insight as to the reasoning behind it.

originally posted by: AccessDenied
Awww no! I had no idea a lab could do that. I thought the breed had a good temperament. At least the neighbor is taking responsibility,but of course,no replacements will ever be the same. :-(


My neighbor had free ranging chickens and my Charlie, the Lab, nor my two Ridgebacks paid any attention to her chickens.

I think the difference is that my dogs are house dogs that also free range over several acres. I never chained my dogs. I just close the gate or put them inside. I have noticed unpredictable and poorly controlled behavior from the dogs of friends and neighbors that chain their pets.

I think any long term chaining or caging of an animal, brings out the beast in them, including the human animal.

Their original breeding purpose was to be a fowl (especially water fowl) hunters tool. They were trained to flush and retrieve, to suppress their chase and kill nature. Hunters would use them to flush birds out from brush they would do that be commanded to stop then after the hunter kills a bird they would retrieve it without damaging it further and bring it to the hunter.

They're fine for pets too if they can be well exercised and especially go swimming and selective breeding has led to more gentle, less instinctual dogs but this one probably came from a hunting line and is stubborn. I bet though that it would do the dog a world of good (and it's neighbors) to be trained for fowl hunting so that it's natural instincts can be honed in a different way. It likely won't ever be a family dog, chaining it up all the time certainly hasn't helped.

posted on Nov, 13 2015 @ 03:04 PM
link
And on another note, I know personally that you are a good person. I often wonder why bad things happen to good people like you?

I can't believe that one dog killed all those chickens! A friend of mine had her chickens killed by a dog recently, too. I don't know how many she had, but the dog got em all.

I'm guessing there is a lesson I'm suppose to learn from this. After the anger and sadness go, hopefully I will figure it out.


@everyone else. Just sitting here thinking about this, and it is a bit more confusing as to why he came after mine, when they not only have chickens, but they are a pheasant preserve as well. So while I get why the dog went after "birds" I don't get why "my birds".

Unless the lesson is don't use temp runs, but I haven't had a problem from April, til now.

posted on Nov, 13 2015 @ 03:24 PM
link
Well I wouldn't push for the dog to be put down either. Just next time it came into my yard i simply shoot it myself. I'd let the owners of the lab know it's in the dogs best interest that I never lay eyes on it again.

I am quite compassionate towards animals but destruction of my property is a big no no. kill my chickens once shame on me kill em twice and BLAM.
Well that's what my brain tells me to do but if it came down to it and I had a dog in my sites I don't think I could really pull the trigger I would think of my own dogs and buckle....