originally posted by: elsafam357
a reply to: Triton1128

I think the whole season could have been broken down to a 90 min documentary (as could all the seasons thus far). With that said I have been fascinated by the unknowns that Oak Island presents and I am definitely rooting for the team to find out anything they can, and hopefully make it worth their time financially.

So for us to have entertainment like this, someone got to make some money off it to make it worth doing. You want good shows you have to be prepared for them to drag them out to make more $$. What makes world go round.

posted on Nov, 25 2015 @ 04:56 AM
link
The need to rent one of these with ground penetrating radar, to survey the island. USAF has some very powerful ones used to locate tunnels coming from North Korea.

posted on Nov, 26 2015 @ 11:36 AM
link
For the last 200 years in this mystery, there has never been a viable way to conduct excavation that paid for itself. Every 'company' ran out of money at some point, and investors lost everything. History channel has enabled this to be run like a business. Everyone is a contractor of sorts to the consortium that is really managing it very well. The advertising dollars are paying for everyone and the equipment, and the Brothers are doing a fantastic job of managing not only the logistics of the earthworks, but managing the interface between it all and the History Channel staff and writers. It works.

Imagine how Blankenship must feel after all these years, finally seeing all of that hard work in his life start to pay off like this.

As long as the show stays popular then the money will be there to continue. We can put up with the needed sensationalism and repetition required of media to keep the masses interested, and the result is a win-win for everyone involved, especially those like me that have been following what has gone on there for years.

posted on Nov, 27 2015 @ 11:37 AM
link
I was sucked in by Oak Island as a kid and remember reading the Reader's Digest article in the early 70s. I also remember reading a book in school about "the money pit" but cannot recall the title/author. I just binge watched the first two seasons and got caught up on the the Lagina's progress. Like most television I find the show highly entertaining, yet ends up asking more questions rather than finding answers.

It's interesting to hear/see all different theories as it relates to the island and supposed treasure buried within. The money being spent on the different technologies being used to scan the land, like the swamp or other potential areas and to map and core 10-X, as well as to bring heavy equipment onto the island to actually did can only be mind bobbling. But as was previous mentioned, this is being run as a business. As long as the the viewers continue to watch, the money will keep the show going.

The one theory I had not read about until today was the alternate translation of the 90 foot stone by Keith Ranville, which is intersting. I found this in another Oak Island thread on ATS. It seems Mr Ranville won't be part of the series and has not given permission to use his research. Yet I find his decoding interesting to say the least with his results pointing to Birch Island.

Regardless of what they find, I will continue to watch the series, just the lore, history and speculation is enough to keep me interested.

posted on Nov, 30 2015 @ 07:18 AM
link
i think the show is a really cool lesson in how to run a biz and history as well.. there was a good ruby one a year or two ago on tv and they hit big... i think these guys are gonna hit big too.. at this point even if they find nothing BUT difuse an old mystery its still worth good money and very entertaining to watch

I found Ranville's theory interesting, however the code itself, as translated, is a substitution cipher, one of the simplest.
It could be broken by any of us. One of the greatest examples of such is in Poe's "The Gold Bug".

A good exercise is to copy down that cipher without looking beyond in the book for the solution, and try to break it yourself. The method enumerates all of the letters in the English alphabet as a list from most frequently used to the least. You then start looking in the cipher for pairs that commonly use vowels , like "look", "peek", etc and start injecting letters from the list that are more frequent. Also 3 letter words that usually contain vowels, like "the", "and", "for", etc. After a while you discover where most of the vowels are and begin a repetitive task of finding consonants that fit with them. When you start to develop words that are probably correct, you substitute the similar symbols in the rest of the cipher with those letters and you slowly converge on what is most likely the only solution. It is kind of fun, but takes some time.

originally posted by: charlyv
I think the History Channel, along with the Lagina Brothers and Craig Tester, have very effectively shown what cooperation and effective management can produce.


Couple of things I wonder about, though.
1) I know the island has been torn up all over the place, but instead of punching holes all willy-nilly, why not strip the topsoil layers of a potential area with a gradall, and look for stains indicating shafts?
2) Each new technology they encounter results in a new series of locations and holes. They sure don't look as though they are using them in a cohesive or comprehensive manner. More like whack-a-mole.

originally posted by: JohnnyCanuck
2) Each new technology they encounter results in a new series of locations and holes. They sure don't look as though they are using them in a cohesive or comprehensive manner. More like whack-a-mole.


I don't think they're showing much of the research work being done off-camera where people are reviewing old maps and photos to try and get a bead on where the various shafts were dug. I think so far they've been very good about limiting the number of deep holes they've dug, to minimize costs.

Of course, in the end, they're not going to find anything, anymore than those other guys are going to find Hitler's real grave in Argentina.

At this point, stripping the topsoil in a large area would be super dangerous. All of the holes, especially the ones Robert Dunfield excavated, as he tried to apply modern open pit mining methods, could cause a collapse that could suck in heavy equipment and people.

The Hedon shaft was sunk very near the original hole, which is now completely obliterated. They found this shaft in the last episode, and will use it as a marker to find the original pit. At some point they may have to bring in a heavy bucket crane to excavate that area, and it will take time. They also have still not solved the flooding problem, so this could go on for some time. The work now going on at the bore hole seems most promising, as they have imaged possible old material down there, even a possible body!

I hope no one else gets hurt here, as it could shut down the whole project, and that is one of the reasons they are being so careful.
edit on 2-12-2015 by charlyv because: spelling , where caught


BTW: The Truro excavaton and drill bore had previously brought up bits of gold chain and and a piece of parchment with real old writing on it.
That would mean "something" is there, and one of the main reasons that work is still going on. This really means that they had breached something, because parchment and writing exposed to water is not going to last long. There is probably great damage already done to things like that that down there, but gold and jewels... they last forever. 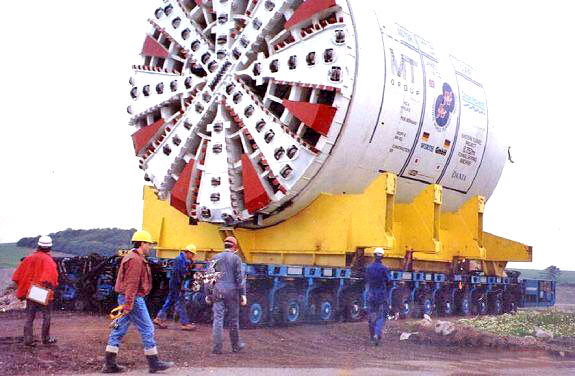 I wonder if they can operate under water!

posted on Dec, 4 2015 @ 01:30 PM
link
Next episode shows a rover down at the bottom of 10x. Looks promising. What they should be doing is trying to uncover the chest / film the body.. or actually recover something off the body. Clothing or tissue .. that would help identify a time period as to when that body was originally left.

Its a lot cheaper to send a little rover down the hole with a claw, or vacuum, then keep hiring commercial divers. Not sure why that hasn't been the plan from the get go.

Yes! drones are in, underwater drones not so much, but they exist and are more easily controlled inan environment like that chamber.

Anyone have any good sources for the original Blankenship footage without the pausing and outlines to distract?

I was actually looking myself. There are a few videos on YouTube, but unfortunately, they are only 34sec long each. I would love to see the unedited copies. I'm sure we have a few here talented enough to filter and edit to have a better look at what was originally recorded.

posted on Dec, 4 2015 @ 09:57 PM
link
a reply to: charlyv
As a long-time fan and contributor to the Oak Island discussion, I am really pleased at the current level of discourse in the subject. Yes, the show has its flaws, but they are certainly seeking a resolution to the mystery.
Have they ever checked my Shreddies map, though?

I want to see a shot of the "body". If I heard correctly, the chamber isnt much larger than 8'-9', and the shot I saw of a body outline looked tiny.

How long was the chamber thought to be flooded before the footage was shot? I would wager a body would be just a skeleton in the water before long
edit on 1272015 by Butterfinger because: Changed inches to feet, because Spinal Tap Stonehenge

What I do not understand. When the rover first entered the chamber. I saw what appeared to be a dark wood like beam or support. Then they lost it as sediment started to wash about. After some time they could not find the pole and assumed it hadn't existed? huh ?

Im lost. Did anyone else notice that?

So what dark brown beam / support did I first see when the rover entered the chamber? and why 15min later did they say maybe the wood support was some of the 8" pipe they pulled out just recently.

Here is a snap I took from the show which I enhanced for easier viewing :

^ I can CLEARLY see a dark wood like beam or post going down into the sediment at the bottom of the chamber.

Something just doesn't line up. That and I have a feeling the rover just kept bumping into the ceiling. Are they trying to cover up what they might of found down there????

I'm telling you, and I'm telling everybody at this table that that's a shark! And I know what a shark looks like, because I've seen one up close. And you'd better do something about this one, because I don't intend to go through that hell again!. M.Brody