Question about clothing options for Mars

originally posted by: NowWhat
Thanks for the answers, very enlightening.

You know how it is when you're packing at the last minute, bound to forget something…
I'm only going to bring one pair of cut-offs. I figure I can always cut more of my pants to make more shorts if I need them.


That's the spirit!! A nice pastel polo shirt and some comfortable shoes; you should be fine in almost any Martian setting. 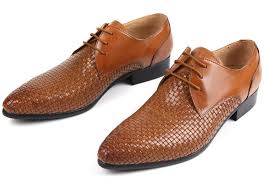 
If the surface is annihilated, what would be the point of going there?


However, it would appear that this style would be de rigueur: 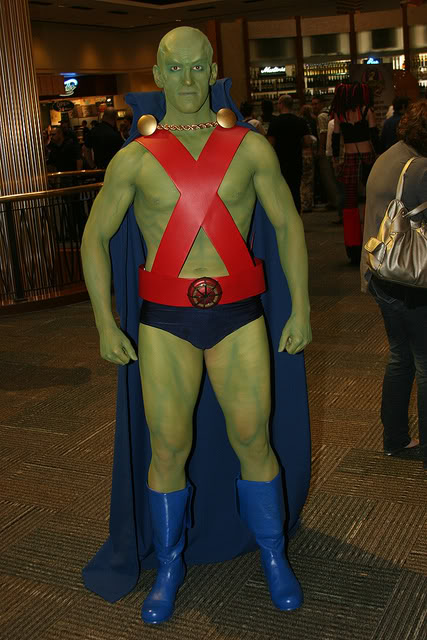 That guy looks in a mirror every morning and says "Im going to be a martian today" because.. he can't think "I need milk for my cornflakes, and I'm almost out of coffee.."

Some life forms are just so alien...

They don't call it the "red" planet for nothing, you know !!

originally posted by: AugustusMasonicus
a reply to: olaru12

Men should not wear Capri pants.

Ever. Even on Mars.

By all means, leave them on, I just ordered you some mandals and a murse.

do they make mars dresses?

By all means, leave them on, I just ordered you some mandals and a murse.

Standing up for man's inability to even fashion !!

To terraform Mars successfully we would need to create a magnetosphere, it is possible using technology to produce the necessary magnetic fields to protect the planet enough for it to hold onto an atmosphere but it would require a hell of a large amount of work.

Mars used to have a nice active core with an active magnetosphere much like the earth but smaller due to the planets smaller mass but two thing's have happened, the smaller planet has irradiated more of it's heat into space and so the core has cooled and also there may be evidence of a large disruption to the core which may also have caused it to fail and so allowed mars magnetosphere to die almost entirely, Olympus mons is not the largest known volcano for no reason, something pretty catastrophic happened to mars and it may be a result of an impact on the other side of the planet, the valles marineris may also be a crack in the crust caused by this massive movement of mass within the planet and may suggest that the core may literally have been knocked sideways within the planet by some external influence be that a gravity field passing close or a large impact on the opposite side of the planet to the giant volcano and this may have helped to disrupt and even kill mars magnetosphere.

There is probably sufficient material on the planet to produce an atmosphere but once again that is a massive job to undertake but the idea of bombing the planet with gas filled rockets would not be feasible as were would we get that gas from, mining asteroids rich in water and/or moving them to mars to deliver there payload to the martian surface could work but would not be idea.

As for clothing, well we would likely dwell in biospheres, large domes to keep the radiation out and let the light in which sealing a higher pressure and breathable atmosphere within them so clothing outside those biospheres would likely be a space suit or at least a radiation shielded environment suit.

originally posted by: NowWhat
I know Mars is probably cold, but it also has a thin atmosphere.
I guess if we were to go there
(after the missiles containing gasses and plant life have annihilated the surface and time has elapsed and now there is a thriving oxygen plentiful, vegetive environment suitable for us to walk around and breath the clean fresh Martian air)

I guess my question is, could you wear shorts, like biker shorts or short-shorts or would you still get burned up by solar rays?

I know its Friday,


Wow. Thanks so much for another idiotic attempt at a thread.
edit on 13-11-2015 by Iamnotadoctor because: (no reason given)

You would probably need a pressurized suit everywhere.

originally posted by: Blue Shift
During summer on the Martian equator it gets to be about 70 degrees Fahrenheit. That's not too bad. I suppose as long as you had a decent helmet with oxygen, you could probably get by with wearing shorts and a t-shirt, but you're gonna get sunburned pretty bad.

Its a fiction trilogy about terraforming mars with some interesting ideas.

As far as the clothing, it was a thin heated suit. If you had a tear or rip you'd get frostbitten, but nothing fatal.

A vest wouldn't hurt either. Keeps you warm in cold weather and can be worn as an outer garment when the Sun comes out.

From my understanding, it gets pretty cold out there, and the winds can make it even more cold.

I'd definitely recommend good layered desert-wear for subzero temps, and a cool pair of goggles in case the dust particulates pick up. Head wraps are important and also friendly colors to let the martians know you come in peace. They're nice, but you should probably invest in a up to date manual of how to properly greet and parlay with the locals.

Oh wait....wrong Mars....I was thinking of the Southwest at night again.
Derp.

I don't know about the actual planet Mars.
I'm stuck in imagination land again.
DIfferent world out there in space.
Might wanna listen to the scientists.

Here's a suggestion - ATS thread - Finally, it's here. NASA has a new spacesuit for the big Mars trip!


You would need a good hoodie. Probably made of lead.

So it wouldn't be no different than here in the US in certain areas with cops?

Yeah, shorts not recommended for mars.

posted on Nov, 17 2015 @ 05:08 PM
link
You'd need a pressure suit (with an oxygen supply of course), otherwise your blood will start boiling. Being on Mars is like being in the Earth's upper atmosphere.

I'd wear what Felix Baumgartner wore when he made that jump. www.youtube.com...