I apologize, had to edit my post as well.

The official numbers accounted for everything in the 1st half of this year, recent months are not covered in that statistic. We'll have to check another, but again: on second thought both sources are spot on if I'm not mistaken.

Where is the avalanche/ wave/ crisis? 750K for all of Europe, so fricken what?

As of 1973, Germany invited 4 million guest-workers and only very few didn't stay here.

We can't really compare the situation, Germany has other problems today. But I'm still curious to see why you folks constantly argue with this culture-clash avalanche/ wave/ crisis BS.

The real crisis I see is the political failure to actually do something about it. People die in the Mediterranean Sea for years now, and yet nothing has changed.
edit on 13-11-2015 by PublicOpinion because: (no reason given)


It is pretty much insanity to come in Europe when there is no space left and in North Sweden and Finland has only tents left. Its only 0 celsius atm. Next week is colder .. crisis is real. What happened to Soviet soldiers in WW2 against Finland .. they were not prepared to the winter and many of them freezed to death.

Where is no space left, what the heck are you talking about?
Weather???
Are you being hilariously serious now?

Stop watching Pegidaganda-vids on Fakebook perhaps? You live in a tent? Well... the Mongols had no problems with that either.

Yes, but you cannot compare the situations of Germany then with today's situation. After war most men of working age died in war or return wounded; the country was destroyed, there was famine, inflation and a very bad situation overall. Those workers were needed to rebuild the country.

Is Europe today really able to sustain that influx of people who cannot yet work or sustain themselves? How many of them will really became productive, and when?
The migrants today are coming to devour Germany, and Europe in general, not to build it.

Beside that you forget the very important factor of religion. Don't want to get into that but this is a major reason of cultural clashes no matter what the propaganda want us to believe.
No, is not the same at all.


ETA
don't know why I saw the date you talk about as after war. Bit tired I guess.
Still the point is the same.
edit on 13-11-2015 by WhiteHat because: (no reason given)

Basicly because its full of LIES.
You have to blind to not see them.
Finnish prime minister gave refugees his second home to live and made a PR event about it. When he interviewed the refugee who were going to inhabit his house he asked how old are you. He said 17
at 0:22
Quickest 14 years old in Sweden was Saad Alsaud (Left) 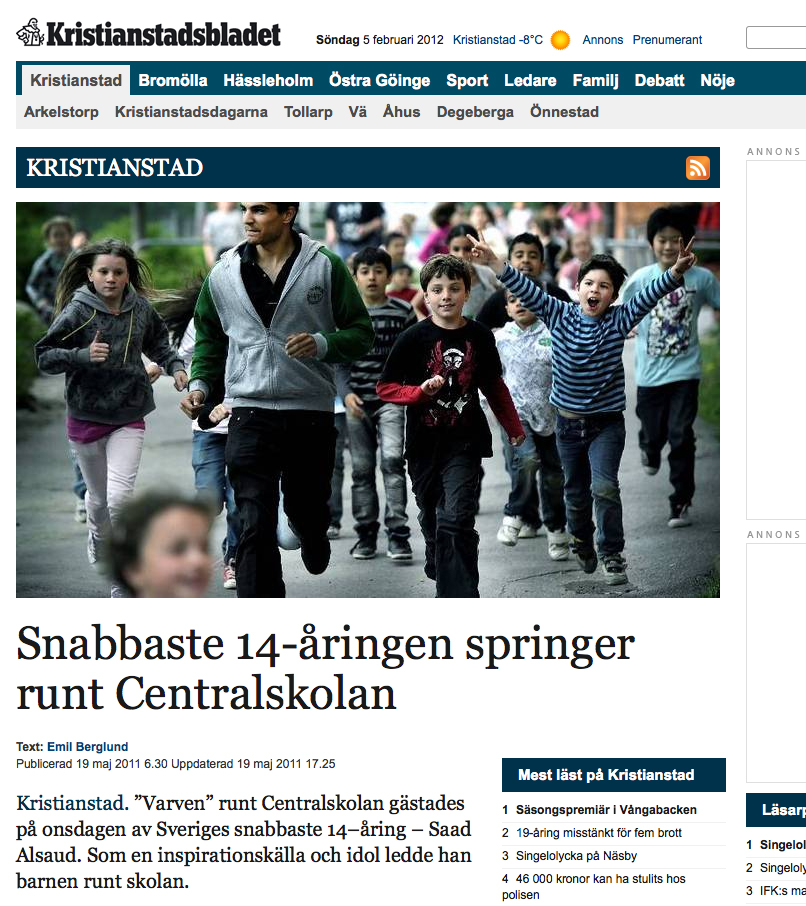 And this guy tells that he is 16 years old
Link

There is a reason why they lie their age.. so they could be treated as a child asylum seeker and enter without papers. Now when age is somewhat questionable they will make age test which should tell the real age of the seekers. How do you feel when you are cheated on ? Do it bring trust ?

There are a lot underaged bearded children in asylum centers when there should be families who really needs that place and not those who are looking for easy life..

They are expecting these people to live through the winter in tents?

Why did they invite all these refugees near the end of the warm season?

I just don't get it.

And i read the actual news.

Someone lied, these migrants thought they were coming to homes, it seemed like insanity to me from the beginning.

And the children, the first pictures of the children really told a story, and what was really going on turned out to be true,

And i read the actual news.


I think that if I were a Syrian, I'd rather die being blowed up in Syria than die by freezing to death in Finland in a tin can in the dark.

originally posted by: asen_y2k
In the last 2 weeks violence has increased in Germany to extreme proportions, never seen before(after WW2). I will make a convenient list for you all to see:

Just a note after research...this is the understatement of the year...

Racist violence is on the rise. The German Interior Ministry registered 173 instances of criminal right-wing offenses against accommodations for asylum-seekers during the first six months of this year

Between January and June of 2015, racists attacked facilities providing accommodations for asylum-seekers on an almost daily basis. 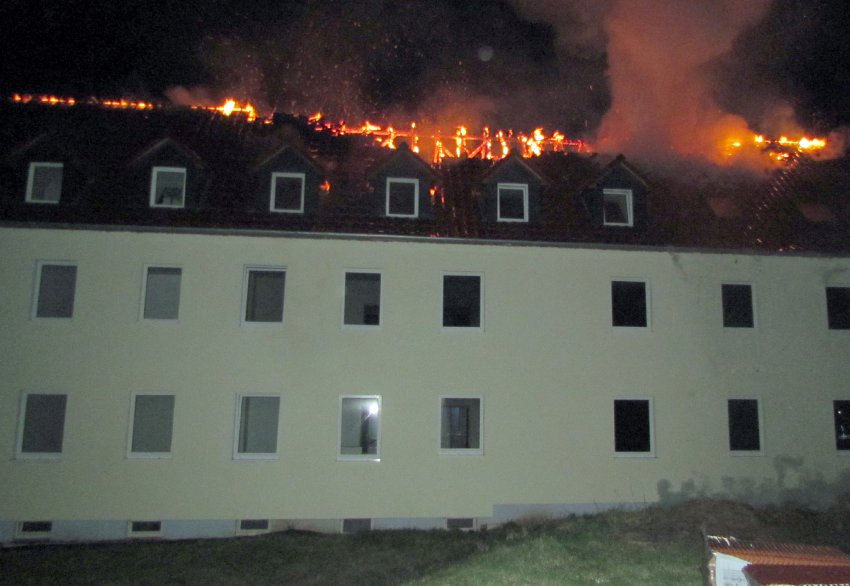 posted on Nov, 13 2015 @ 02:24 PM
link
a reply to: Stormdancer777
Finland has not invited them, Sweden have. Sweden is out of space so the flood comes from there to Finland. Finland is full and only what is left is tents. There is snow coming next week maybe even this weekend.. this is when SHTF.

These refugees are not prepared to live in tents in winter they come from warm countries ( In north artic armies live in tents and then only few days a year when they have military drills ). Tents are not 5 star hotels .. there will be huge dissapointments and propably even riots. Sweden is pushing its extra refugees where ever they can and give free train trip to finland to them. Russia is leaking refugees to Norway. (Russia do not have many refugees and has lot of space.. you need to ask why.. propably due the sanctions as a punishment)


originally posted by: Asktheanimals
Take off your immigrant colored glasses and maybe you would have seen these:


No telling how many terrorists have snuck in with the crowds.
Africa won't take theirs back - undesirables perhaps?
No papers or ID for many of these people (mostly young men).
What could possibly go wrong here?
Pretending all the violence is coming from Europeans against immigrants is just ridiculous.


If you are implying I am a migrant, you are wrong. Neither am I a muslim.

Back to topic. Your post regarding the rape by a migrant. Well we see the German not only brutally rape 2 migrant children, he also strangulated and kills them after the deed is done. So whats the difference between these so call ' undesireables from Africa' and the civilized German people?

He never said nor implied you were a migrant or a Muslim. Can you read? And of course one of your links to support your agenda is from CBS News, who habitually report on ONLY violence against migrants and never the other way around.

Syrians are minority in this refugee crisis in North. In Finland only couple hundred Syrians are registered and most refugees are from Iraq and Afghanistan.

posted on Nov, 13 2015 @ 02:28 PM
link
Due to ill-health I have lived with my father in Oldham. Lancashire, UK for 3 years. Oldham, as mentioned in a previous post by anxiouswens, has a very large Muslim population. In my time here all I have seen is everyone living in harmony and peace. There has been no trouble. The local high street has a halal butchers and numerous Asian shops.

My father who has lived here over 20 years says the same thing. I asked him if he remembers any racial intolerance or hatred here and he stated only once. It was a few years back. Riots and violence caused by members of the British National Front (fascists). My father (78) also told me he feels more intimidated being confronted by groups of white British teens on street corners, far more than Asian teens.

It is glaringly obvious that the UK, like most EU countries, does not have the infrastructure to support a massive influx of economic migrants (hardly any are genuine refugees). For once I actually agree with Call Me Dave (Cameron). Support the real refugees in the refugee camps with aid and then a staggered re-homing plan which is realistic and does not impact severely on our infrastructure.

I think the OP shows a very realistic and concerning fate of events. The people in Europe are naturally very concerned about this massive influx of Muslims. The MSM don't help by sensationalising random isolated events. In fact the Daily Mail (who I consider to be the flame-baiter of MSM) are probably the worst culprit.

An environment where the general public feel vulnerable to what they perceive as a foreign invasion is like a dream come true to fascists ... and they will exploit it.


Finland says it is planning to house asylum-seekers in tents and containers because there is insufficient accommodation to meet the growing influx.

Yeah. Except that they all have been warned years ago, nothing surprising about the War on Terror and refugees from Africa, Syria or the ME after all.
Now they say their policy is without any alternative 'cause they managed to do nothing all those years before. You believe everything a redundant news-gazette 'reports'?

East Africa crisis could have been prevented with early action

Oh you found the culprit Finland... Of course .. Where are you from as you don´t seem to have no clue what is going on ?

Do you really think when couple countries Germany and Sweden welcoming refugees in their countries and have no clue , no understanding and no brains involved what is going to happen and where the limit is, doesn´t reflect all countries in EU.

They were warned also by Finland many times.. did they listen ? No

what is your aim/agenda here you have been shown evidence,from countless posters.
have you looked at the amount of members you are refusing to even listen to.
from where i am sitting you appear to be saying you are the only one who knows whats going on.
are you some great god in the sky and your truth is the only truth????????????

originally posted by: Asktheanimals
Take off your immigrant colored glasses and maybe you would have seen these:


WOW..That is disappointing..I understand your political leanings, but a MOD citing hate-porn on youtube as a news source is just kind stunning.


Can you give me detail on that story? Like when? or an actual news article? the translation running on the clipped youtube hate-piece says the 7 year old girl "spoke of a north African or southern"...what does that mean? A person of color??? Have the police investigated? Where can I get facts...since you claimed "African migrant brutally rapes 7 year old girl in Germany" you must certainly have facts or an actual legitimate story apart from clip some chopped together on youtube?

BTW...The Youtube poster that originally posted that bit has been removed from youtube...possibly for BS Hate Propaganda?