originally posted by: theantediluvian
Remember the alleged 'UFO crash site' photo from a 2012 Google Earth image that made the rounds back around July after being discovered by Russian UFO researcher, Valentin Degterev? The image made it into the mainstream (albeit tabloid-y) news outlets such as The Daily Mail: 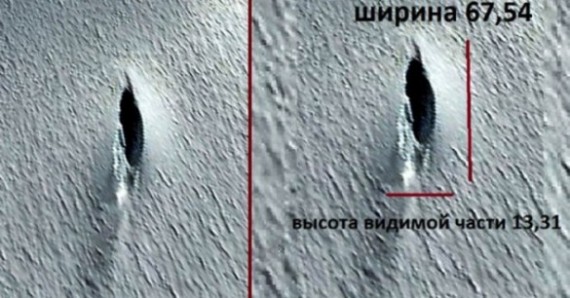 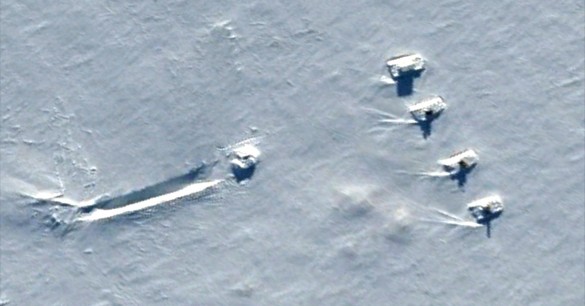 If anyone has links to the source of the image or links to the original appearance of this image, please post. I'll see what I can find.


The first photo is not a cave or round edge of a spacecraft. It is actually the manifestation of something more nefarious. Pay close attention to the texture of the black protrusion. It has a leathery or whale skin quality to it. Also look at the hazing and blurring effect and raised feature surrounding the protrusion and then casting down to the 7 'o' clock of the image. A lot more is actually going on in the photo, but it needs a digital professional to highlight and brighten the red pigment in the photo to see the whole picture.

Same with the second image, examine the raised areas in the snow. The have the same hazing quality to them too. If the red was raised in this image, most people's minds would be blown away, if they knew what they were truly looking at. The blurring is EM interference, coupled with static water vapor, and probably some snow. Thermomagnetic plasma has an EM field and a static ion charge that produces these effects and attracts vapor and particles.

There's some bona fide Aetheric entities under them snows. I actually have a ground penetrating radar image of the Antarctic. It's pretty revealing if you know what you're looking at. Lots of Fulgurite. 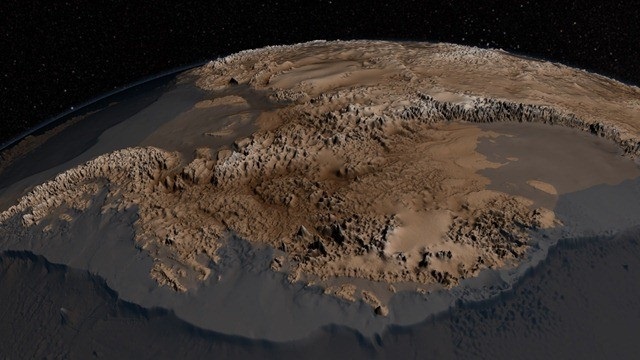 
That anomaly is actually a component in the manifestation of the Third Eye. If you want more info on this phenomenon I'll link a thread I made addressing it.

That anomaly is actually a component in the manifestation of the Third Eye. If you want more info on this phenomenon I'll link a thread I made addressing it.


Or you could just drag this one wildly off topic like you did the Spaceballs and ISS threads.

posted on Nov, 13 2015 @ 08:53 AM
link
I'm guessing this area of Antarctica was well visited because we can see in 2014 a small weather station / village was setup there, right along the road.

Looking at the coordinates, which were graciously provided by a poster earlier in the thread, in Google Earth, this new image is not of the same location as the first but rather, it's actually showing some perfectly innocuous construction at Williams Field:

Williams Field or Willy Field (ICAO: NZWD) is a United States Antarctic Program airfield in Antarctica. Williams Field consists of two snow runways located on approximately 8 meters (25 ft) of compacted snow, lying on top of 80 meters (262 ft) of ice, floating over 550 meters (1,800 ft) of water.[3] The airport, which is approximately seven miles from Ross Island, serves McMurdo Station and New Zealand’s Scott Base. Until the 2009-10 summer season, Williams was the major airfield for on-continent aircraft operations in Antarctica.

Williams Field is named in honor of Richard T. Williams, a United States Navy equipment operator who drowned when his D-8 tractor broke through the ice on January 6, 1956. Williams and other personnel were participants in the first Operation Deep Freeze, a U.S. military mission to build a permanent science research station at McMurdo Station in anticipation of the International Geophysical Year 1957–58.

This trifecta guy is, sorry to say it, becoming very obvious very quickly.