NLBS: 3.05 American Politics Is Screwed: But It's Not What You Think

I totally agree. Once i find myself discussing politics with someone who is a rabid supporter of either party, my blood boils. I knew throughout my life that I'm both liberal and conservative. My liberal friends think I'm too conservative and my conservative friends think I'm too liberal. When questioned, I let it be known I do my own thinking and refuse to allow either party to think for me. All topics should be addressed with rational thought and not the result of propaganda and hype. Special interest groups prey upon the dimwitted and use any tactic that proves successful regardless of the fact most tactics lack morals and ethics. Most are criminal in nature and America citizens lack nationalistic ideals. As a result, i refuse to aide and abet either party until there is a massive shift by the public to denounce such tactics and gain control of Washington. Also, it's essential to demand true investigations and prosecutions for all crimes within the govt. with severe punishment for those convicted. In other words, America's population must take back their country.


I think you are missing something here.
Unfortunately, I think it's you who missed the important points.

Congress is in control of what little actually gets done, and in full control of what doesn't get done. With that in mind, corporations and billionaires control congress.


Votes are cast by individuals, not corporations.
Votes are bought by corporations and billionaires thanks to the citizens united ruling.

If every single American wanted something done, it'd get done.
That's just not true, and has never been true. An illusion has been crafted to promote the notion that it could be true.

The number of Americans that wanted involvement in the Korea and Vietnam wars was astonishingly small... yet there we were.

The number of Americans that want better roads, airports, and bridges is astonishingly large... yet here we are.


We are in a corporatocracy, and have been since the 1950's.


Skeptic Overlord I Thank You , for expressing this .. out..

The World IS A Business...

Exposed a lot, more Less the Director and producers were Screaming the Truth out in the Film
of The Exposure of BIG Corporations Running the World Show ,
although Some has Considered this a Conspiracy type of a movie.
Now its in the 2010s and People are seeing the Corruptions of what was said in 1976.

In 1976 a Major Crisis was at Stake , and a Near Fatal Great Recession
and it was Arabic Country's and The Big OIL Scare just as it was before 2010
I should Know as My father Owned Ran 2 Gas Stations, from 1972 to 1975 and Couldn't Keep Up

Also in this Movie "NETWORK" Speaks of Arabs Constantly ! ( even in the Faint background if you can Listen )
and Citizens Glued to the Tube in Believing Every Thing that the Media Brings to them on Television.


How Much is the Truth of this Movie Now ? 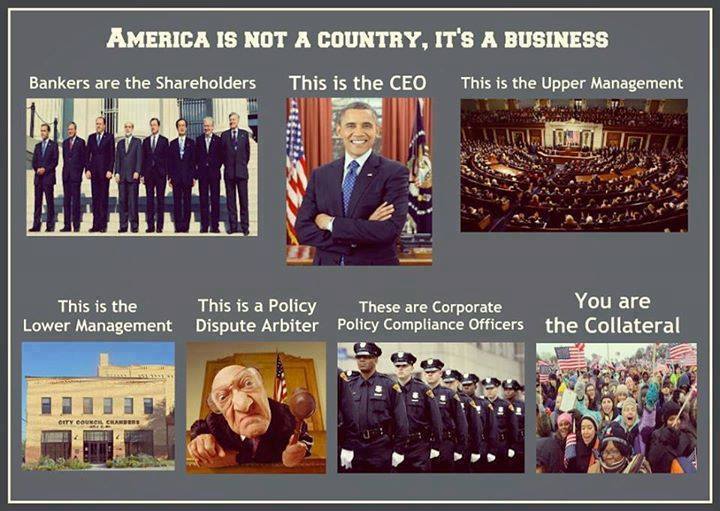 as others has tried to make a Key point, to Expose The Big Corporations and Government

And the Government Tried to Shut them Up in the Media

Sorry of not Posting The Videos , Just Posted the links to Save Space..

Im Glad for the Owner of This Site, Speaking UP..

I Hope I didnt go way Off the Track ( Topic ) Skeptic Overlord
Your Post Has got MY Attention!

You get up on your little twenty-one inch screen and howl about America and democracy.

There is no America. There is no democracy. There is only IBM and ITT and AT&T and DuPont, Dow, Union Carbide, and Exxon. Those are the nations of the world today.

What do you think the Russians talk about in their councils of state -- Karl Marx?

They get out their linear programming charts, statistical decision theories, minimax solutions, and compute the price-cost probabilities of their transactions and investments, just like we do.

We no longer live in a world of nations and ideologies, Mr. Beale.

The world is a college of corporations, inexorably determined by the immutable bylaws of business. The world is a business, Mr. Beale. It has been since man crawled out of the slime. And our children will live, Mr. Beale, to see that perfect world in which there's no war or famine, oppression or brutality -- one vast and ecumenical holding company, for whom all men will work to serve a common profit, in which all men will hold a share of stock, all necessities provided, all anxieties tranquilized, all boredom amused. - Arthur Jensen

ohh Yeah to Add this Nice little Piece put together