Not sure if you have been following this story?

Media has certainly exploited it...and to the protestors credit they have been trying to avoid media coverage for that reason. Ironically there is even another thread here on ATS attacking them for not embracing the media coverage.


They should have allowed media coverage. At the very least they didn't have the right to "get muscle" to force them off the public campus.

I didn't say this was a media creation. I said it was a creation of academia having generations of teaching "white privilege" and "patriarchy" as causing all of the worlds problems. Also, much of the media has been very generous towards the protesters.


That said...What began these protests?

A climate of racial tension...Slurs and harassment of black students on campus..

A social media campaign of incredibly racist posts toward the Black Students culminating with one white student tweeting..


"I'm going to stand my ground tomorrow and shoot every black person I see."

"Some of you are alright. Don't go to campus tomorrow," another post read. “We’re waiting for you at the parking lots,” read a third post. “We will kill you.”

And other students on social media piped in like "LOL, it would awesome if it were true. Enough is enough. This time we won't give in."
twitter.com...

Seriously...Look at this kids tweets..
twitter.com...

Also..
A feces smeared swastika in the residence hall..


A similar incident had occurred in April, but with ashes, according to the Columbia Daily Tribune.

It's an ongoing thing there at the university of Missouri...

The cotton ball incident was from 2010, before Wolfe was even hired, so why would he get the blame for that. Then for 5 years we have no reported cases of racism that have been shown. Then two incidents occurred where drunks yelled the n word. This was followed by the chancellor making diversity training mandatory for all people on campus. That is when the protesters stopped the presidents car in the parade and issued an outrageous list of demands that seemed like a preplanned agenda.

This was BEFORE the poop swastika, and before the kid making threats on social media.

As for those events, the swastika is gross and if they catch the person I hope they throw them off campus. The kid making threats on social media wasn't from Mizzou, and was arrested, and I hope they throw the book at him. He was a raciist, an outlier, and I could easily bring up tons of social media responses from women saying kill all men or blacks saying kill all whites, does that mean there is systemic racism against whites? No, its just racist people making threats, and they all deserve to be arrested. Again, this kid was.

I don't see how this justifies all of the crazy demands the protesters wanted including the firing of the president.


I think dismissing it as a media created event is at best a less than informed position to take from someone not living it...and at worst, yes, "racist".

I assume the best of you until proven otherwise.

I don't think this was media driven, it was academia driven. Look at all of the protest all over the country since then. Is there rampant racism against blacks occurring at all of those campuses too?

I will repeat this again, a few drunks yelling racist things or making offensive symbols does not constitute rampant racism from a university. Teaching classes and having majors against white privilege and demanding safe spaces from whites that are all SANCTIONED by the university does seem to show that the university is favoring one race above others.

I think you are missing the point that these people meet and wanted an exception status based on their race but denied anyone else the same privilege .. isn't that racist by itself?

originally posted by: angeldoll
Some of you youngsters on here might want to read this

University students were shot down and murdered on their own campus because they were protesting the Vietnam war.
People became so upset over those disrespectful, unpatriotic, ungrateful hippies, that the military and police were called in, who in turn, got so upset when the students started throwing bottles at police cars that they just killed them.

It's one of the more shameful events in U.S. history.

People worked themselves into a frenzy. Over students PROTESTING on their own campus.

OMG...now you're lecturing "youngsters" and comparing Vietnam to this? Really? THIS???? I've got nothing left to say but from scanning the thread, I think someone is off their meds and under the care of the mods.

I would be interested to know what the DNA in that feces graffiti has to say.

Out of time for a lengthy back and forth, but to clarify a few of your inaccuracies...

Hunter Park, the one who announced on Social Media he was going shoot black people on campus, was a student..

The University President had to step down cuz he is an idiot...

"Racism does exist at our university and it is unacceptable. It is a long-standing, systemic problem which daily affects our family of students, faculty and staff," he says.

But that night, in Kansas City, he angers protesters who ask him if he knows what "systematic oppression" is.

"It's -- systematic oppression is because you don't believe that you have the equal opportunity for success," he said, prompting disbelief from protesters.

"Did you just blame us for systematic oppression, Tim Wolfe?"

Your racism is showing.

Ah, that's so mean. But I get it! I do know what you mean, but you're mistaken. I simply thing you guys have seized the day to make a mountain out of a molehill.

Let's examine what a microaggression is.

For one girl, she described it as walking into class and having someone three seats away from her move across the room.

Guess what? I've had that happen to me before and both of us were lilly white. So what does that even mean? For all I know, it means that person wanted to move to a better seat for viewing the projector ... or maybe I forgot to wear deodorant ... or maybe I was wearing my letter jacket that morning and she had a deep seated prejudice against student athletes (it does exist).

But for a black kid, it means that white who moved is perpetrating a microaggression. They HAD to have moved because they were secretly racist.

Or maybe the black kid is simply to overly sensitive and needs to get over themselves.

originally posted by: IridiumFlareMadness
Healing from what?
This is a farce.
I've said it before, but we are headed back to segregation.

Amen to that, I have grown up all my life listening to the Butt hurt Blacks while working beside a few Normal Blacks that would be the first to slap the hell out of them and tell them to grow up.

Rev wanabees Jackson and Sharpton are to blame for the Laziness of the Blacks to think anyone owes them a dam thing after 200 years.

Nobody, especially Liberal white ignorant people, should ever help them be even more worthless to society.

There is a major PC Liberal Gang mentality at every dam University now and we might as well deport every dam one of them before they ruin this country with their Nazi mentality.

The truth is always hard to swallow for hypocrites. ~$heopleNation

You really seem to be making excuses for reverse racism, which is very intolerant and hateful. Everyone should be treated equally, no group excluded.

Also, Two good men had their careers and retirements ruined by a bunch of finger pointing, self entitled snot nosed brats.

Causing even more division is all that they have accomplished. ~$heopleNation

You really seem to be making excuses for reverse racism, which is very intolerant and hateful. Everyone should be treated equally, no group excluded.

There is no such thing as "reverse racism". It's just racism. 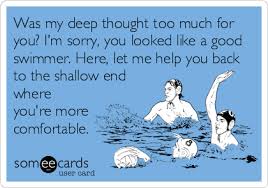 Don't even bother to reply...it would most certainly be a fruitless conversation

You are exactly right. University professors and self deprecating, apologetic white people have pushed the issue of racism so far that it is now swinging back the other direction. A "Black" healing group is, on it's face and by definition, a separatist group and discriminatory to any group that is not "Black". This idiocy must stop before those who are screaming "Hater" and "Racists" push us into another segregated society bent on destruction.


Campus activists in America showed their true faces during an international tragedy last night: they are the selfish, spoiled children we always knew they were.

Black Lives Matter and Mizzou protesters responded to the murder of scores of people in Paris at the hands of Islamic extremists by complaining about losing the spotlight and saying their “struggles” were being “erased.” Their struggles, remember, consist of a poop swastika of unknown provenance and unsubstantiated claims of racially-charged remarks somewhere near Missouri’s campus.

So debased has the language on American campuses become that these incidents, which many observers believe to be hoaxes, just like previous campus scandals celebrated by progressive media, are being referred to as “terrorism” and a “tragedy” by moronic 20-year-olds who have never been told, “No.”

Such a reaction is understandable, if grimly hilarious. These kids been raised by indulgent parents, instructed by professors racked with middle-class white guilt who secretly hate themselves and western culture, and promoted by a sympathetic media which bends over backwards to put them in the best light and paper over their tantrums.

This is the same media hesitant to call Paris an act of Islamic terrorism for hours, despite shouts of “Allahu akbar.” The product of their pandering to the politics of grievance and offence-taking is a generation of students who, faced with the horror of a terrorist attack killing hundreds, respond with: “But what about me?”

Campus activists and Black Lives Matter protesters shame themselves any time they are forced to go off-script. Normally, their messaging is carefully controlled. They parrot a narrative created by progressive media and reinforced via well-funded spokespeople and professional agitators. Left to their own devices, however, they fall to pieces.

Ergo, the head-scratching spectacle of hundreds of college crybullies cast adrift from the pronouncements of Salon columnists and left to complain aloud that their grievances were playing second fiddle to innocent French citizens being mowed down by jihadist maniacs.

Even Black Lives Matter’s notional leaders, often more judicious in their timing and wording, got in on the act.

Paris and Mizzou are equivalent: both represent “terrorism.” (This is the message from Black Lives Matter.)

White people are “erasing black lives” by focusing on Paris. (This is the language of the racial grievance-fuelled campus social justice movement.)

There was, of course, a huge backlash not just from conservatives but from most decent observers. It fell on deaf ears, with many of the most preposterous tweets being hastily deleted.

Honestly, I don't know what to think. This must've been conspiracy 2 detract from #BlackLivesMatter #Mizzou #StopWar pic.twitter.com/qe1FCPZ6fB

originally posted by: TheBulk
There is no such thing as "reverse racism". It's just racism.

Well essentially you're right, but until racism towards white people is universally recognized by idiotic self entitled hypocrites, it is important that this form of hatred and bigotry have its own label.

At Least until the blind ignorance is some day corrected. ~$heopleNation
edit on 14-11-2015 by SheopleNation because: TypO

Its amazing to me how these people who are supposedly protesting racism reserve it for their own use when it suits them. IMHO they are only concerned about racism directed against them but are in fact very racist themselves.