posted on Nov, 11 2015 @ 11:51 PM
link
I personally see people's faces morph quite often. I'm not sure what causes it, but if you think you know someone, look again sometime, you might see someone completely different.

The changes OP describes are quite drastic and sound pretty creepy. I think it was something serious.

originally posted by: iammrhappy86
Hello fellow ATS members. It's been a while since I've logged in and posted anything, but I've been here reading on a regular basis. ^_^

So, I'm here today to share an experience that happened to me, and curious to see if others have had similar experiences; I've done a bit of searching on the web and found nothing on this matter.

So about 2 months ago I visited Florida again (lived there 15 years, recently moved back to Canada).
During my stay, I ended up 'hooking up' with a friend, and tho I won't give you all the details, there is one major event I must share.

And I say this in all seriousness.

During intercourse, my friend appeared to 'shift' appearance. For a few moments, she did not look like herself at all.... She clearly looked like a native american woman with sharp features. This was extremely odd, but I just kept going as it was pretty heated. I didn't mention this to her.

Afterwards, she tells me that 'I' shifted appearance... She claimed for a while, I looked bigger (fatter), and had a large beard. After this I shared what I saw with her, and we both just accepted it but didn't really understand it.

Let me be clear: these were not sexual fantasies, this was very real to the both of us, and neither of us was imagining some other person... This was real.

So, having said this, have any of you had or heard of similar experiences!? Not necessarily during intercourse, but any intense situation where two people are connected and appear to take another form for a short time?

I'd appreciate some feedback on this, thank you.

Note: I do have a wild imagination, but when I have sex I do not let my mind run wild... I'm too focused into the physical/emotional connection to let my mind wander.

Have you reached 7th Heaven? Where time and space seems to not operate? You disappear in her and she disappears in you. Its a very high level of orgasm. The base of the pilantius is there is a coiled spring and when you meet your soul mate and make love to them the spring can be relaxed and certain cosmic energies can be "downloaded" into the body. Read the Akashic records from Edgar Casey he tells about how people chase each other through time to settle their Kharma many times changing races and roles. In The book the Thiaoouba prophecy The Angelic Race explains how we all are allotted 9 cycles of 81 reincarnations
edit on 12-11-2015 by Thiaoouba Prophecy because: (no reason given)

This happened to me one time. Only though I didn't "morph" I just saw my girls face change. It freaked me out for a second, but that didn't stop me.

Were you partaking of anything beforehand? Perhaps some woodland fungus?

Then she'll turn into the fat one with the beard.

Was the room dimly lit?

I know this isn't a particularly scientific video, but I saw this a little while ago and it *might* be the same experience?

posted on Nov, 13 2015 @ 11:52 AM
link
Were you by chance near a ley line? Just apparently they possess a lot of energy and liberating when practicing Akasha.

Some of you seem to think its an illusion caused by a release of chemicals in the brain such as endorphins; very likely tho I don't feel that way. I've had many sexual encounters that were significantly more intense/climactic and never saw this before.

Some of you seem open to the idea of past life connection, which I'm more inclined to believe. She is very spiritually aware and has impressive psychic abilities (whether you believe in this or not), whereas I've always been able to feel energies and often perform 'reiki-like' healing sceances for people (I used to not tell people out of fear of ridicule, tho the few that asked me for one have all been impressed and continue to make requests). I'm also a firm believer of the eternal soul and our journey through human incarnation cycles.

Others seem to think I'm on drugs or just took a shot at cheap jokes. =P that's OK, I'm all for cheap humor. ^_^

Although this was very real to me.

(No drugs were involved. Just 5-hours of two spiritually aware people sharing one of the most powerful and healthy experiences in human life.

I've also long held the belief that during a shared sexual climax is when we are the closest to 'God' (call it what you will, I was raised Catholic tho can mo longer claim to be a follower of Christianity, I still hold an unshakable faith in what I typically refer as "the all that is" or "love/light/life/being" or "the first / the father". I haven't always felt this way, took me a while to form my current beliefs. I've gone thru Christianity, atheism, agnosticism, new-age spiritualist, but what I've now come to shape as my faith is my own, and cannot be labeled. I believe we should all find/form our own faith thru analysis of the various experiences and beliefs we share with others and others share with us. Life is a journey).

Sex is very much a physicaly/emotionaly/spiritualy charged experience that we share with another human; that's something uniquely empowering.


Yeah, i'm a hippy at heart... Nothing wrong with that. ^_^
(I also believe a lot of things that will cause many to label me as " one of those" and roll their eyes. That's OK, to each his own)

Thank you all for your feedback; all of it.
I appreciate it.

It's good to talk and share some experiences with people; regardless of the various responses

I see the human body as an antenna of sort. Energies flow through us constantly, our own, others, external 'noise', the earth's, the sun's, "God's", etc.

Leading up to the climax (with another person), I believe we both become extremely charged, feeding off one another, empowering each other.
And at the moment of shared climax, it fires off for a brief moment, and we are "connected" through all these energy fields simultaneously; in essence, we are very much "One" with everything.

That being said, it was not during climax the shift occurred.
But after several "firing off" or "connected oneness" moments, I wouldn't be surprised if we both somehow saw a flashback of sort of another life where we shared a similarly charged moment.

posted on Nov, 17 2015 @ 01:19 AM
link
well...truly bizarre indeed! never heard of such a thing but think that would personally freak me out...maybe try doggy out next time! that way there is no face to face contact!

originally posted by: iammrhappy86
I'd like to specify why I mentioned my faith.

I see the human body as an antenna of sort. Energies flow through us constantly, our own, others, external 'noise', the earth's, the sun's, "God's", etc.

Leading up to the climax (with another person), I believe we both become extremely charged, feeding off one another, empowering each other.
And at the moment of shared climax, it fires off for a brief moment, and we are "connected" through all these energy fields simultaneously; in essence, we are very much "One" with everything.

That being said, it was not during climax the shift occurred.
But after several "firing off" or "connected oneness" moments, I wouldn't be surprised if we both somehow saw a flashback of sort of another life where we shared a similarly charged moment.


I don't know how old you are but I can safely bet that I am older then you as this is my 89th reincarnation. You can use Dr David R Hawkins and Dr Diamonds method of AK to find out. My Advice to you is read the Thiaoouba Prophecy and the Book I Am That. You will know your answer. Also read the Akashic records from Edgar Cayce

that book...Thiaoouba Prophecy is a $400 book on Amazon

posted on Nov, 25 2015 @ 01:06 AM
link
Its likely you two had some past life affiliations. The shifting being within you two's perception and not some external thing, even though it seemed very much external.

there is no objective world

posted on Dec, 2 2015 @ 12:26 AM
link
Possibly earth grounded spirits who latched onto you two and were experiencing what the two of you were doing.

posted on Dec, 15 2015 @ 12:29 AM
link
You are both old souls reconnecting. You had a past life together. My guess would be it was a love affair during the colonial times. You said it was intense. How did you feel in the moment? Was there a huge draw to be together?
Looking deeper into the moment Could shed more light on your past lives.

you know a few years back i read somewhere that Canadians consume more alcohol than the rest of the world.

North Americans in general, and Canadians in particular drink more than 50 per cent above the global average, and show a more detrimental drinking pattern than most EU countries, with more bingeing.
Unhealthy drinking widespread around the world, CAMH study shows

i also read in another study that Canadians prefer beer, can't find that one but i do remember it was a WHO (World Health Organization) report .

so knowing that, here's your problem. 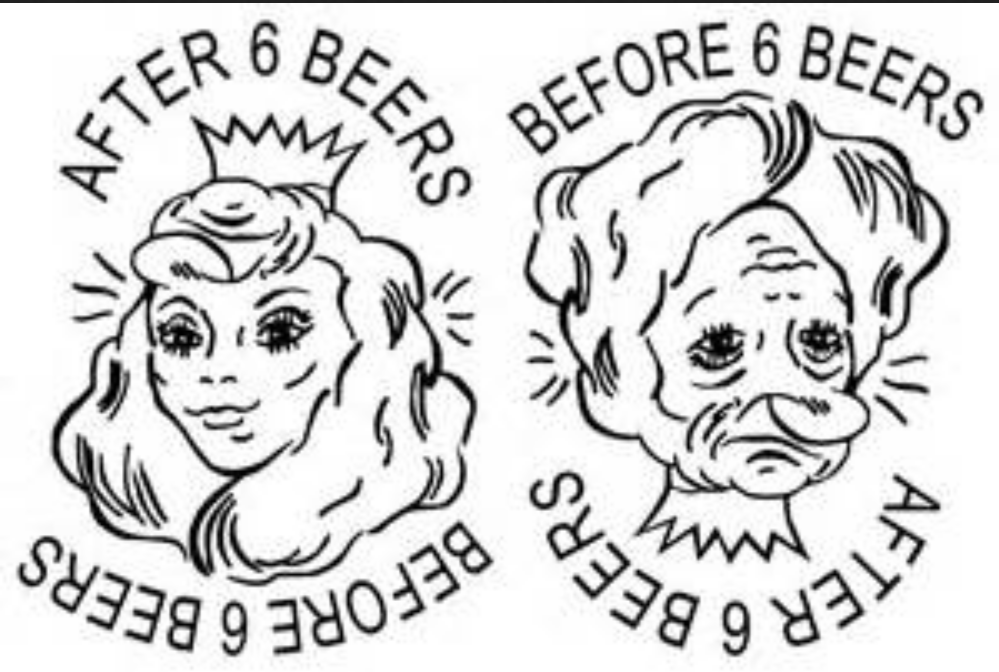