Was prehistoric monument in Golan Heightsbuilt by the giants of the Bible?

Yes i would agree with you.

There is scant evidence for this particular theory.

OT but refreshing to see someone apologise

I hate people being #ty to one another on the internet and i try tocorrect myself when i notice myself doing the same.

I have another theory...the Bible was merely saying that it's good to be King.

I mean come on, it's the Bible. Do you really expect it to just say 'and for the clueless and simple folk of the country, no we do not mean that he is a 12 foot tall giant who sleeps alone, we are politely saying that he has a lot of wild sex with about half a dozen women every night.'

Ancient Chinese poetry is absolutely full of this kind of thing, where they won't just come out and say something impolite about a royal/aristocratic type, but it's actually communicated with reliable clarity for anyone both intelligent and educated enough to catch the hint. They don't say it literally and simply, but it's there with a metaphor or some other round-a-bout way of saying it.
edit on 13-11-2015 by 11andrew34 because: clarification
edit on 13-11-2015 by 11andrew34 because: (no reason given)

originally posted by: AndyMayhew
a reply to: Marduk


That really is a pitiful argument

Yeah your right if i was king id have massive bed.


The Bible is not a historical narrative,

And yet archeaology has only verified the history in it's record.
Without ever once finding a single artifact that would bring
it's accurracy into question. Ur for example.

And I have discovered historical truths in the Harry Potter series.

Also, no artifact has ever been found that would bring that series' accuracy into question.

posted on Nov, 14 2015 @ 02:52 PM
link
I'm always a bit skeptical when it comes to attributing ancient structures to outside forces such as aliens or spiritual entities, like the Nephilim. I think that it's more likely that these constructs were formed by the hands of man, and frankly I think it's a disservice to the achievements of mankind to attribute the monumental construction projects of the ancient world to anyone other than man.

Thank said, I think it's entirely possible that there was once an ancient advanced human civilization that could be responsible for some of the more mysterious monumental locations around the world.

On a side note, I've done a good amount of research into the subject of the Nephilim, particularly focusing on the giant skeletons that were allegedly hidden by the Smithsonian.

originally posted by: Byrd
a reply to: thebabyseagull

It's composed of thousands of tons of small rocks... the kind you and I could carry easily. The sort of thing that a small group of people could construct in a week or so.

Why do you think it's giants? The burial chamber there isn't for a giant.


Oh yeah well who built this? lol. That land is exactly where the Giants lived in huge numbers, that is who God told the Israelis to kill, even to kill their kids as they had no souls from God. The Giants were cannibals and that is why God had to send the flood, to drown them and not harm the earth he had created.

That is Baals temple, not Jupiter's as the Romans later named it. Baal Bek du!!

Anyone who has ever found bones or skeletons from a Giant has had it stolen from them the next day after they told anyone about it.

originally posted by: AndyMayhew
a reply to: Marduk

But the evidence is there if you open your eyes and look. I posted you that info below. The Great pyramids should be another clue.

So you would rather him listen to the likes of Hawass? That is who Mainstream science likes to listen to. Have you ever been there??? I have and you will see and feel that the place could have only been built by Giants when your there. Easy to ignore when your not in the middle of Gigantic structures with Giant doors for them everywhere.

(Kidding... i wasn't there, and thus don't know fer sure)


That has got to be one of the worst produced videos I have seen. Misspellings and cruddy sentences aside all it did was say, 'Giants!', and show pictures of structures that had a well documented history of construction. And it was not by giants.

So you would rather him listen to the likes of Hawass?

Hawass was fired from Giza some years back, so unlike you pseudos' not to move with the times
j/k

originally posted by: thebabyseagull
Rujm el-Hiri ,translated as the "stone heap of the wild cat", the complex has five concentric circles, the largest more than 500 feet (152 m) wide, and a massive burial chamber in the middle. Its Hebrew name Gilgal Refaim, or "wheel of giants", refers to the race of giants of old testament fame.

There is some supporting biblical evidence that the giants,also referred to as the Nefilim or "Nephilim", were the builders the Circle of the Refaim.

In Joshua ,King Og of Bashan the last of the Refaim, who lived at Ashtarot, ruled a territory stretching From Mount Hermon to far into the north.

The most explicit description of the size of the people of Bashan is found in Deuteronomy 3. “King Og‘s iron bedstead is kept at Rabbah, and measures thirteen and a half feet long and six feet wide.” The Refaim “were a large and powerful tribe, as tall as the Anakim (giants).

The site is up to 5,000 years old, according to most estimates, meaning it was built around the time of England's Stonehenge.

And like Stonehenge the site seems to have astrological significance, on the shortest and longest days of the year , June and December solstices , the sunrise lines up with openings in the rocks.

The site is now used for training by Israel's military.


The 'Nephilim' should really be called "Sons of God'. They were giants amongst men in the sense they were superior and had a higher intellect. They were physically the same size as ordinary people. The Sons of God were created in Genesis 1:27 in the Image of Elohim. They are 'them'. Man (singular so 'him' not 'them') was only created in His image, or God's imagination and not made a reality until Genesis 2:7. Man was made in dust, not in the Image of Elohim. There is a distinction.

This is what the structure represents. It is a crude representation of the nature of God as described mathematically in the first part of Genesis. (Ignore the labels) 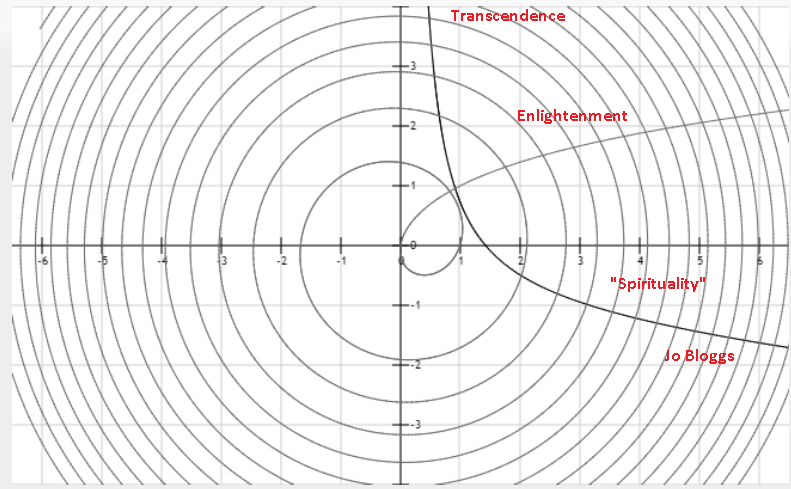 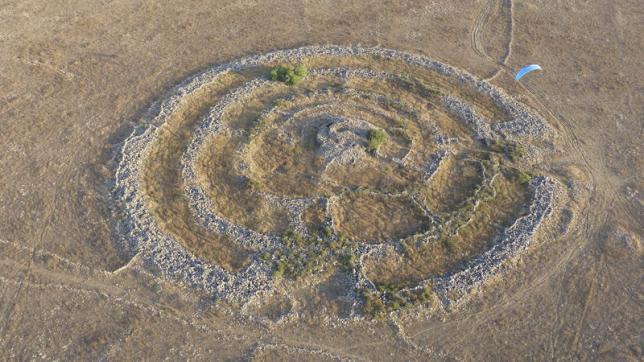 It was most likely built by Sons of God. Man has never had the imagination or intelligence or inclination to read Genesis in its true form. (Yep, I'm a 'Son of God'. We're few and far between and suppressed by the church and the majority government, but we do exist, same size as everyone else. Giant intellect and imagination, probably.)