How Dairy got Introduced into our Diets

posted on Nov, 11 2015 @ 06:34 PM
link
Dairy, in its many forms, is consumed in most parts of the world today. The strange thing is, however, the ability to consume milk is the result of a genetic mutation.
"During the most recent ice age, milk was essentially a toxin to adults because — unlike children — they could not produce the lactase enzyme required to break down lactose, the main sugar in milk... Several thousand years later, a genetic mutation spread through Europe that gave people the ability to produce lactase — and drink milk — throughout their lives."
www.nature.com...


Most human beings lose the ability to digest dairy (or lactose) at the age of 7. They say about 65% of the population is lactose intolerant. Also, humans are the only animals in the animal kingdom to drink milk from another animal, and also the only ones to drink milk into adulthood.

So what gives? Why do we drink milk if naturally we weren't meant to consume it, and most of us can't even digest it?

Well, here's my theory. In the ancient days, most people got their vitamin D from the sun. In Europe, however, for 6 months of the year (longer for northern most Europe) the sun isn't strong enough to produce vitamin D. The man that lived in this region had to find a way to supplement this important vitamin into his diet. He finds out milk contains vitamin D, so he adds it to his diet; despite the digestion issues he most likely faced, the benefits of the vitamin D most likely outweighed the drawbacks.

The white man than conquers the world, bringing with him his culture, religion, and... diet! As a result, people overtime start to accept the white mans way of life and start consuming dairy as well.

This is problematic for darker skinned people because 1. They produce vitamin D from the sun and don't need to supplement with milk and 2. Diary actually destroys/ reduces melanin content! "Milk has a natural whitening effect which can make dark skin lighter and reduce melanin formation. This is because it contains lactic acid, which is a natural tyrosinase inhibitor that prevents the synthesis of melanin. Tyrosinase is the enzyme used to synthesize melanin and without it, melanin cannot be formed." skinsmart.net...

Melanin, a very misunderstood chemical that all of us have in varying degrees, has several benefits including skin protection from the sun so that we rarely burn. Some say melanin also gives one advanced physical and mental benefits as well, and "Melanin protects against a parasite of the central nervous system, optic neuritis, parkinsons, PKU, spinal bifida, etc. all found in higher frequencies in people of euro descent." (www.thegracevine.com...)

So that's why we drink milk, because we continue to live by the European way of life, even though milk has absolutely no reason to enter our bodies as we get our vitamin D from the sun, and it actually destroys our melanin. "Most Africans, Asians, indigenous Australian and S. American do not and cannot drink milk without distress." www.quora.com...

Me myself, I'm a vegan and if eat a piece of cheese, I'd be hurting for hours! I'm not accustom to that European man diet. Share your opinions, thoughts, comments, etc.

The Chinese and Epytians were eating cheese products in the second millenia BC, long before the 'white man' corrupted their diet.


OP us south Americans even got our own kind of cheese, we cover it dough and deep fry it 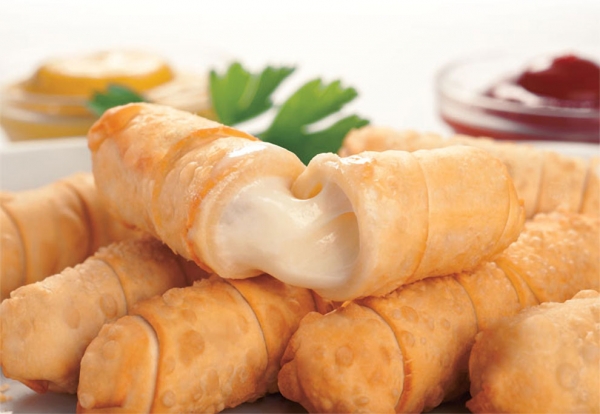 Join the dark side... eat one

posted on Nov, 11 2015 @ 06:58 PM
link
My hubby's allergic to whey, and lactose intolerant. Nature gave him a double F You for life. Touch his ice cream, however, and you'll be pulling back bloody stubs. The digestive & allergic aftermath is worth it to him, and don't you dare mention that soy/coconut/whatever alternative stuff to him. His glares are the looks that cook. It's real ice cream made from dairy, or none at all. Same goes for cheeses. The only things he won't touch is yogurt, cream cheese and curd cheeses (cottage, ricotta, etc) Those are texture things he can't get past, not because they hurt to eat. Well, he doesn't like the taste of plain milk either, but whatever.

And if you touch my milk & brie, I'll do very painful, illegal things to you. Ever had a bacon & brie sandwich? Eat it. Eat it and realize all the food arguments in the word are steeped in miserable taste buds that haven't hit nirvana yet.

Interesting thread for me, I work for a dairy plant. Regarding the lactose, verify if the problem is not related to RBST. In that case, switching to organic could solve the problem.

Those are delicious. I got them from a place at half block from my home here in NJ. I'm so lucky.

posted on Nov, 11 2015 @ 07:13 PM
link
In fact, white skin is a result of a lack of Vitamin D. White skin with less melanin lets Vitamin D from the sun through. It doesn't take that long, either, about 20,000 years to turn a "melanin rich" group of people, i.e.: Black and brown, into a light skinned group (This all before modern fast travel has made the whole issue largely moot.) The genetic mutation that allows lactose breakdown is just part of that evolutionary adaptation to a much milder, colder, overcast environment. I doubt seriously if anyone was thinking "Vitamin D" at the time. It happened naturally.

I had to log back into this as this was interesting, Of course there is evidence of milk being consumed such as goat and sheep as well as horse milk for many thousands of years outside of europe, particularly among nomadic herding cultures including north african and this vital form of food probably reached deep into central and southern Africa a long time before the european expansion which was a result of both the industrial revolution and the discovery of the America's.

It is true that the ethnic white European has a higher tollerance for milk but what you are talking about is Cow's milk and that is a much more recent addition to our diet.

Lactose intollerance is very common however milk is a vital source of calcium and vitamin D as you rightly point our for many people, however that is not just in Europe, drinking the milk raw though may be less common as a lot of the other cultures fermented the milk, Ass milk for example and made it into alcoholic drink's or yogurts/cheese type meal's.

There are far less palatable things that humans eat though, go among the innuit and have a look at Kiriaki (probably spelt wrong) they catch Sea bird's then half bury them in a sack in the permafrost for six months and when it is cold and dark they eat this delicacy raw, the birds ferment in there own juices (we call it putrefaction).

Still worse and only recently stopped (or I hope it is) many people in Papua New Guinea and Central Africa as well as other delicacys enjoyed eating human's from other tribe's with children being a specifically prized delicacy, some say it still goes on and we know that cannibalism was practiced by Boko Haram recently when they were hungry, they killed some of the woman with them and ate them and of course in central africa were guerrila fighters have stooped to this, during WW2 some japanese murdered there allied POW's and ate them and in Papua New Guinea it is only BELIEVED to have been stamped out but it was a shared tribal practice like counting coo, you ate my brother so I ate your's etc.


I would love to be vegan but I love fish, and Ice Cream, and Chicken and the odd bit of Fillet Steak (but only now and then) and yoghurt and many other thing's, by the way I have some Maori Ancestry as well or so I have been led to believe with my estranged fathers mother's uncles having been Maori Warriors and all and I am definitely not Lactose intollerant, maybe a little bit Gluten intollerant but not Lactose.

Because when you pasteurize milk it destroys bacteria and also the vitamins raw milk naturally contains so they add it back in.

I have heard of this before though. I feel sorry for my bretheren from Asia who are almost all lactose intolerhent (normal by majority). Although it seems healthier so i guess they are lucky to not be accustomed.

Grain. Grain is at the top of US 'food pyramids'.

It belongs on the bottom if it is to be on there at all. Grain was pushed because the US grows most of it for the world over.
edit on 11-11-2015 by lightedhype because: (no reason given)

Pasteurization does not depreciably affect the vitamin content of milk, it is added as an additional, beneficial nutritional supplement:

An effect of the heating of pasteurization is that some vitamin, mineral, and beneficial (or probiotic) bacteria is lost. Soluble calcium and phosphorus levels decrease by 5%, thiamine (vitamin B1) and vitamin B12 (cobalamin) levels by 10%, and vitamin C levels by 20%.However, these losses are not significant nutritionally. Source

I was just going by this info I found.
vitamins in milk

Vitamin D plays an important role in the absorption of calcium and phosphorus and is essential for healthy bones and teeth. There are two sources of vitamin D, it is made in the skin by exposure to sunlight and there are a few dietary sources, such as oily fish, eggs, and fortified foods including margarine (which is required by law to contain vitamin D), some yogurts and breakfast cereals. There is very little vitamin D in milk and in fact only trace amounts and in the UK milk is not fortified with vitamin D. Currently there is no dietary reference value (DRV) for vitamin D for those aged four to sixty-five years. This is because, until now, there has been a belief that exposure of the skin to UVB-rays contained in sunlight is sufficient for optimum vitamin D production. This belief was not based on solid scientific evidence.

Your theory has a problem. Vitamin D is only in trace amounts normally in milk and dairy.

It wasn't until 1933 that the food council HERE in the USA decided to add vitamin D to milk.

Read the article for more info on it.The writer has a masters degree in biomedical science.
edit on 11-11-2015 by Dimithae because: fixed link

I stand corrected thank you sir, but it also says that milk does not contain vitamin d naturally and is added for Heath reasons, therefore the OP's statement of why man started to drink milk for the vitamin d is erroneous.

originally posted by: sekerofknowlege
He finds out milk contains vitamin D, so he adds it to his diet;