A former Georgia sheriff’s deputy, convicted for using a stun gun on a restrained detainee who later died alone in his cell, was sentenced on Friday to one month in jail and three years’ probation.

His conviction for cruelty of an inmate carried jail time of up to three years. But significantly shorter jail time was not the only way Chatham County superior court judge James Bass issued a more lenient sentence: he also allowed the former deputy to serve his time on the weekends.
While experts say weekend-only jail sentences are not unheard of, they are not common, either. In fact, some say they would like to see those sentences used more often – for defendants who aren’t members of law enforcement.
www.theguardian.com...


The kind of people that get this kind of sentencing are Cops, and white collar criminals


So a wrongful,death a lie and an attempt at cover up, get you sweet sentencing .


Heaton said he hasn’t seen “great” statistics on intermittent sentencing in the US, and that it is more common outside the US. It has, for example, been used in cases related to financial fraud and sexual abuse by Catholic priests


Sexual abuse by Catholic priest guilty?? hangout on the weekdays goto jail on the weekends wow! and for guys who steal really really big get to hangout doing what they do on a weekend end.

posted on Nov, 10 2015 @ 07:02 PM
link
I know a convicted child molester that got two years probation and 5 years suspended sentence.
Cop aren't the only ones that get off easy.

originally posted by: Bluntone22
I know a convicted child molester that got two years probation and 5 years suspended sentence.
Cop aren't the only ones that get off easy.

Roth, who is an expert in criminal law, said the weekend sentence is typically used for defendants who hold down a job that a judge finds “socially valuable” or when the individual is the “breadwinner for the family”.
www.theguardian.com...


Which is dog whistle for affluent people and LEOs that do crimes up to murder may be eligible , the rest of humanity can suck it..don't get busted with a joint in some district and your job is minimum wage at Walmart then you have to 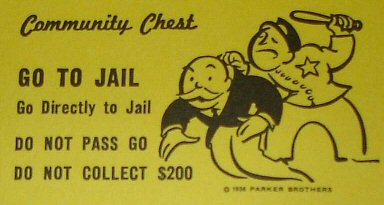 Depends on your area. Where I'm at, weekenders are pretty common so it's not at all restricted to white collar and law enforcement. Petty theft, first time DUI, etc.

Sorry to shoot that down.

posted on Nov, 11 2015 @ 08:17 AM
link
I received a weekend sentence for a DUI when I was younger. I always thought it was used for non-violent crimes though. What this officer did does not deserve weekend sentencing IMO.

That's how it is here. Non-violent and first timers run a good chance of weekender status. No idea how a violent offender can possibly qualify for it.

originally posted by: Shamrock6
a reply to: amicktd

That's how it is here. Non-violent and first timers run a good chance of weekender status. No idea how a violent offender can possibly qualify for it.


So it's arbitrary and depends on geography but one thing it is as the first post shows include wrongful death and subsequent cover ups by officials, again depending on where you live.
And not that I am against creative ways to punish or reform the convicted but the appearance of fairness must be shown to be universal and not tied to economic, professional nor ethnic background.

Again, no. It's not arbitrary and it has nothing to do with geography. There are specific guidelines here on who's eligible for it and who isn't. The only way "geography" applies is because some jurisdictions do it and others don't. That's because some local governments have signed off on it, others haven't. That's not geography it's local government. Some suck, some don't.