Am I wrong for liking Aliens more than God(s)

Not at all, it's simply a matter of opinion.

However, could you explain as to why you feel this way?

How do you know it's aliens? Demons and hellhounds are after you, i heard...


Am I wrong for liking Aliens more than God(s)


Not really as they are of a muchness , neither have been proven to exist although I do believe in the existence of Aliens over a God as the sheer number of planets make the their existence almost a certainty even if they haven't been to these sandy shores.

Atheist? Respect them all the same 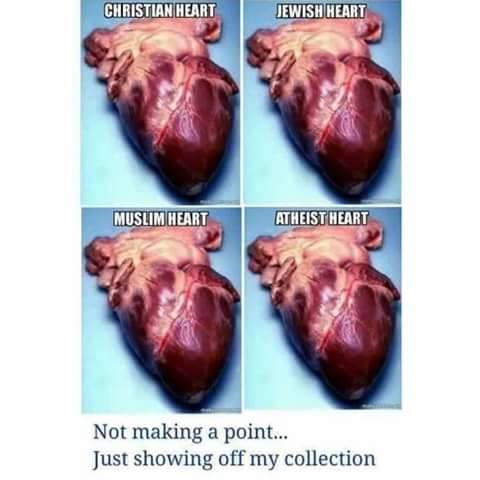 They are the 'Gods' (plural) of Antiquity.

We are apparently as ignorant as the Cargo Cults of WWII.

After years of WWII occupying forces’ presence on the islands, bringing the indigenous people Coca Cola, wild music, endless food, soap and clothing, the Melanesians became intoxicated by the industrial heart of civilized culture. The end of the war and the abrupt departure of these soldiers left them with a deep, restless longing for what the planes had brought. In a flash, those planes became the chariots of Heaven, and the men aboard became as gods.

Those who came down…

It would be naive to assume that aliens are nice.

posted on Nov, 10 2015 @ 09:41 AM
link
it always seemed to me that aliens/gods is really just a case of semantics. Both come from the sky, both represent things people are seeing yet can't understand.Just about every religion has something to do with people coming from the sky, whether it be "angels", spirits, aliens, gods what ever you want to call them. For someone back in the day to see some of the things that were written down in the bible and other scriptures, i imagine it was really difficult to accurately describe what they were seeing. Is it an angel? an alien? They wrote down what they saw without really having the ability to understand what they were seeing. Like if I showed someone from 500 years ago an ipad. They would have no basis to even begin to understand what they would be seeing. It would be magic,, the work of a god. Thats what I think the scriptures are...people writing things down they saw but couldn't understand. Then we come around and try to put meaning to something even the writers didn't understand. It actually makes more sense for it to be aliens, because that makes it more possible. You can go outside and point at a planet where there could be life...but you can't point out heaven, can't show me where God lives. I think Gods and aliens are really the same thing.

When we refer to Aliens in most cases we think of them being more advanced than us. Well what is the definition of God? Christianity defines God as the ruler and creator of the universe while others define God as a super human or spirit with greater power than us.

So was it Aliens that created us or was it God? Well how about both.

One person's gods are another person's aliens.

Ermmm, Earth TV signals are over fifty years out. If they can handle I Love Lucy, they can't be too 'alien'.

originally posted by: gell1234
a reply to: slapjacks
+

My experience is similar. But maybe the gods are more telepathic, opposed to kinesthetic. I try to be objective and without prejudgement. You give everyone a fair toss, and even allow room for their mistakes. But eventually, when there is no reconciliation after given a clean slate, my hands are cleaned.


Am I wrong for liking Aliens more than God(s)

I'm not religious so I have no bone in this fight.

However, assuming Aliens exist and mother nature is representative of our universe: than If Aliens are superior to humans, its likely not going to end up to well for us.

Having said that and being agnostic myself while continuing in fantasy mode: I find no reason as to why a superior advanced race could not have been our creators and in essence our Gods? So I don't see why religion and Aliens can't intermingle?

All gods are said to be not of this world.

I think you feel close to the same thing, possibly.

I'm not sure if any aliens are visiting Earth, but I'm relatively sure that there are multiple examples of aliens out there, somewhere...

...So considering that there are probably many and varied alien races in the universe, how can you be so sure that they would all be nice to us? Isn't it possible (maybe even probably) that there could be at least one alien race out there who may possibly have a reason to do us harm if they ever came across us?

If you think aliens might be ill intentioned ... then what do you think they might think of Humans ... when they see the things they do ...

originally posted by: intrptr
a reply to: Bedlam

Ermmm, Earth TV signals are over fifty years out. If they can handle I Love Lucy, they can't be too 'alien'.

soon as they heard stuff they showed up at roswell, made a deal with Truman, won't kill us all if they do as they say . . . been controlling us secretly since, no need to immediately destroy, control is better for various reasons, all this is allegedly.