First: lowly mountains of ice in the middle of some vast planes: 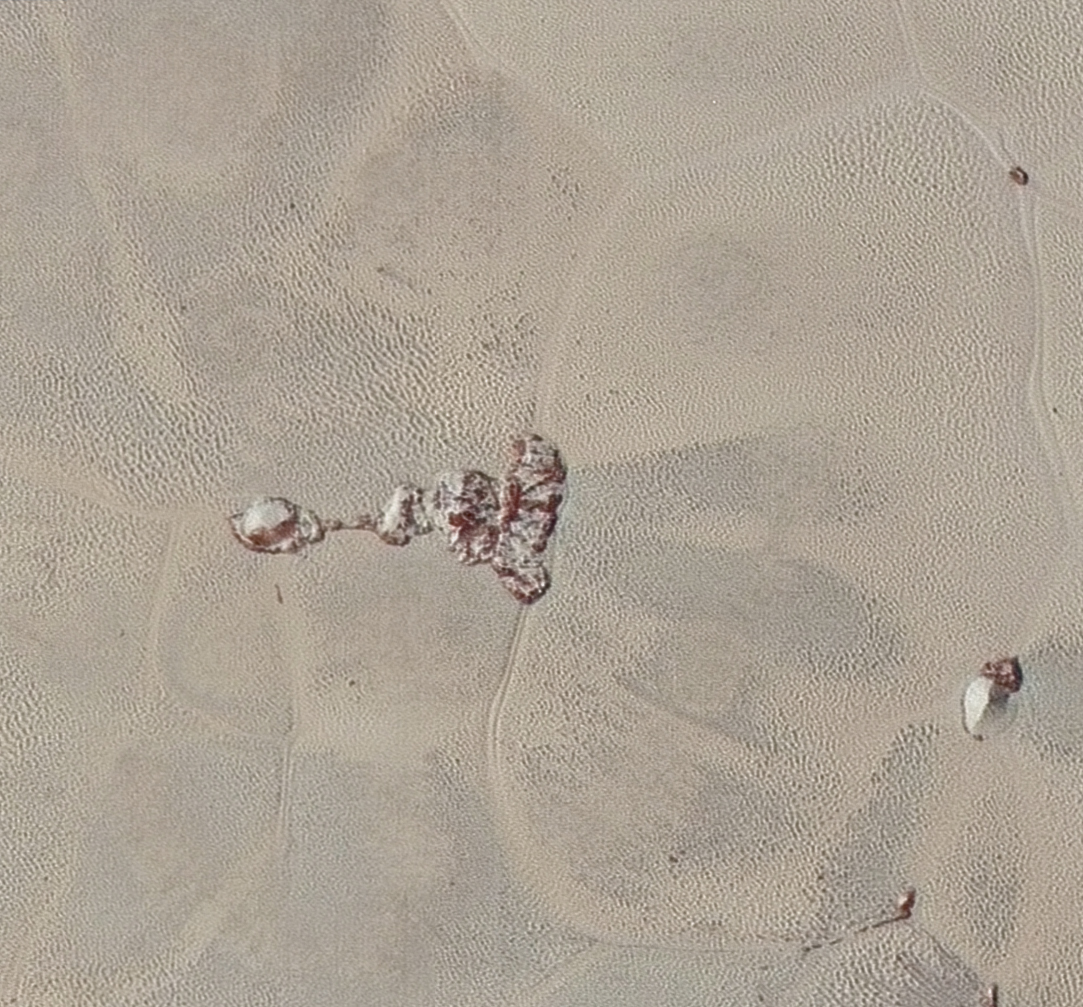 This next image is from much higher up, and of a different area of Pluto. Some of the areas to the right of the image that show areas that look like smooth frozen lakes I find pretty cool....okay, that might have been a pun! 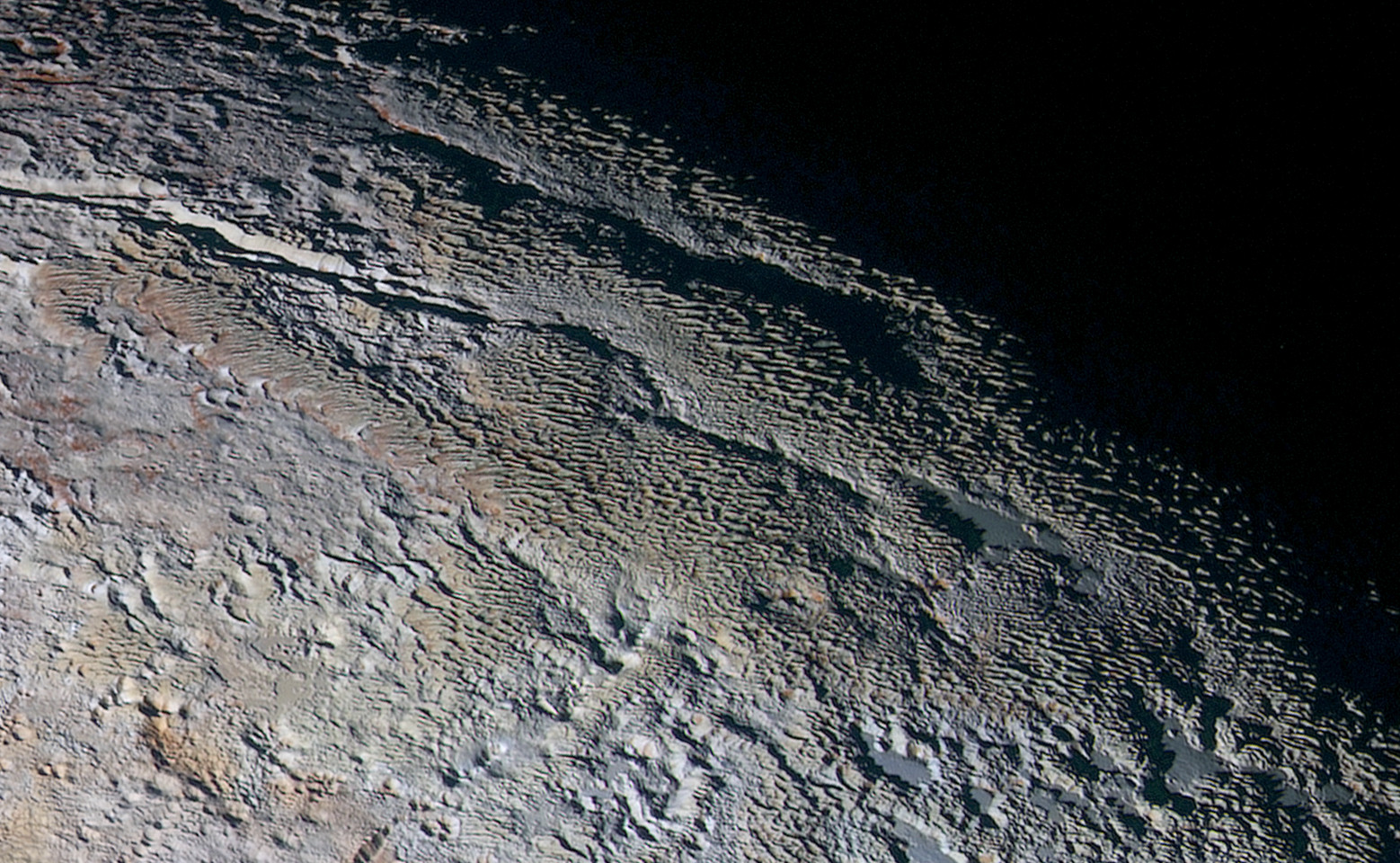 Every time I look I find a new and amazing image to look at. I think Pluto's surface will keep me entertained for years to come.

Good find OP, love pics of the surface of planets...more so with planets we barely don't know about, much like pluto!

Some of that patterning looks similar to weather patterning, I wonder how it got like that.

Those red minerals look interesting, wonder what it is?
Thanks for the pics!
edit on 11 by Mandroid7 because: (no reason given)

posted on Nov, 8 2015 @ 10:31 PM
link
inb4 every little detail of the planet is scrutinized looking for alien structures, bodies and faces! =)

Yeah it sure does!! Probably something we havent seen yet, consider how far out it is.

Which really brings to mind, you'll think it would be feasible to keep a long range satellite in place around certain parts of our Solar System, along lagrange (think thats how you spell it) points.

That way we can observe some crazy forces going on.

Sure does look like "weather pattern". Almost as if the clouds were petrified by some piezoelectric effect huh?

Sure does look like alien structures, faces, and bodies. Almost as if clouds formed from bioplasma entities and were then turned into fulgurite by some weird piezoelectric effect!

Pluto is almost as if it was the Pluto from mythology, the Frozen Underworld! A giant prison planet for fantastic beasts like the seven headed serpent! I can almost see it under the icy lake! 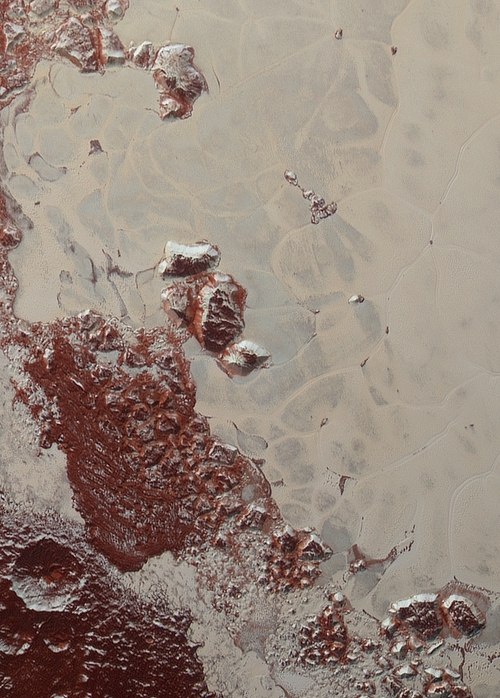 And here's an area looking in a different direction from most other images:


Lots of Drago sacrificed their lives to contain an abomination of an Archon. Methinks Pluto is going to inherect a twin very soon.

posted on Nov, 8 2015 @ 11:10 PM
link
WOW!!! Those are some wonderful and beautiful pictures. So impressive to see actually landscapes for planets so far away.

posted on Nov, 9 2015 @ 12:37 AM
link
a reply to: trifecta
Imteresting that the Fallen house of winter would be so bold to break an Archon Priest out if the Prison of Elders.

---
I wonder how long before people start noticing structures and other wierd deals...

ATS member Monger gotta see this (For those of you that don't know who this member is, he or she has a cute avatar picture of Pluto)

lol oh geez! You know you had a finger pointed at you a few days a go that said, quit it.

Well we both did, i just blamed you and your imagination
edit on 9-11-2015 by rajas because: (no reason given)

originally posted by: rajas
a reply to: trifecta

lol oh geez! You know you had a finger pointed at you a few days a go that said, quit it.

Well we both did, i just blamed you and your imagination

On another note. I wonder what the temperature is like on Pluto these days?

Just curious, I don't know and I'm literally too lazy to lift my fingers an thumbs 4 inches up, push the tab button and switch to google...

originally posted by: Arnie123
a reply to: trifecta
Certainly not wind breaker weather...

Just curious, I don't know and I'm literally too lazy to lift my fingers an thumbs 4 inches up, push the tab button and switch to google...

Plasma vents? I know something is trying to defrost that sphere. Temp is rising daily.

So just a bit nippy.

I stared at your avatar for 5 minutes waiting for that craft to turn and smile at me. :/