Richard Dawkins: Republicans are a 'disgrace' for denying evolution


As a person who opposed Creationism being taught in American schools, I agree that many Republicans are a disgrace because they are denying Science and part of the reason why we have bad quality schools in many parts of the US is due lack of focus toward Science. I believe the only way we can move forward as a nation is promote Science and critical thinking.
edit on 3-11-2015 by starwarsisreal because: (no reason given)

How many is actually "many"?

I think he is preferring to the nut jobs who lived in the Bible Belt and science deniers such as Ted Cruz and Ben Carson.

However, there are some Republicans that are sane enough to acknowledge Scientific Theories.
edit on 3-11-2015 by starwarsisreal because: (no reason given)

originally posted by: seagull
a reply to: starwarsisreal

How many is actually "many"?


Maybe but there is enough of them to change education policy, political policy and the minds of people all over the nation. I don't know how many that is. I agree that it probably seems like much more because the ones who do think that way also have media influence too and yell very loud and often. But in either case it's still a significant number being that it still influences many areas of our lives.

A few is to many.. 46% of the Americans believes in the Adam and Eve story in the Bible not the Scientific one with genomes.
It feels really awkward for many places in the world when an American who maybe believes in the Bible story as its portrayed not the parables with its intentions, holding a button on a Nuclear bomb.. Cant see any difference between them and a ME jihadist.

posted on Nov, 3 2015 @ 01:30 AM
link
Who gives a what Dawkins thinks? The guy admits there is a possibility God could exist, then goes off on a political rant ...ok. You guys on the left can have him. He is certainly embarrassing.
edit on 3-11-2015 by GeisterFahrer because: (no reason given)

Well as a poster said many of these Science Deniers have the power to change the education and political policies and minds of people all across the nation and that to me is very scary since it seems they want to drag us back to the Dark Ages.

“You’ve just told me that all the Republican candidates except one say they don’t believe in evolution. Now that’s a disgrace."
edit on 3-11-2015 by Lucid Lunacy because: (no reason given)

Well as a poster said many of these Science Deniers have the power to change the education and political policies and minds of people all across the nation and that to me is very scary since it seems they want to drag us back to the Dark Ages.

We gave you guys a war on religion on a silver platter. You didn't want to fight the Muslims, because they shoot back.

Much easier to pick on Christians right?

If the men on the left were not so desperately wanting to be women, we might have actually won the war on terror.
edit on 3-11-2015 by GeisterFahrer because: (no reason given)

originally posted by: GeisterFahrer
We gave you guys a war on religion on a silver platter. You didn't want to fight the Muslims, because they shoot back.

Much easier to pick on Christians right?

If the men on the left were not so desperately wanting to be women, we might have actually won the war on terror.

After two posts I can already tell you don't know what you're talking about.

Who is "We" and who are "you guys" that a war on terror was being given to exactly??? What makes you think anyone wanted that either???

What's your problem with Muslims also??? Is it just because you chose some other mythology to run your life that disagrees with them???

BTW, the prime example of a man wanting to be a woman is Caitlyn Jenner who considers herself a Republican.

posted on Nov, 3 2015 @ 01:48 AM
link
Dawkins in the video said this about Ben Carson believing in creationism:

He doesn't understand the fundamental theorem of his own subject...

I'd encourage people watch the video before posting. The video isn't nearly as inflammatory as the headline would make it seem. He brings up a good point -- Dawkins thinks that many of the GOP candidates are probably saying they believe in Creationism simply to appeal/look good to their fans.

He also makes the point that it makes sense for a Creationist to not believe in evolution, because they think everything happened quickly, and evolution is very, very, slow. Even among people who believe in evolution, most people don't really comprehend how long the Earth has been here, and how old the universe really is.

Here, try to use your imagination for a second:

Humans are good at a lot of things, but putting time in perspective is not one of them. It’s not our fault—the spans of time in human history, and even more so in natural history, are so vast compared to the span of our life and recent history that it’s almost impossible to get a handle on it. If the Earth formed at midnight and the present moment is the next midnight, 24 hours later, modern humans have been around since 11:59:59pm—1 second. And if human history itself spans 24 hours from one midnight to the next, 14 minutes represents the time since Christ.

Our entire recorded history is nothing but a microscopic speck on the timeline of the universe. I think this concept is really, really hard for some people to grasp.


Who gives a ___ what Dawkins thinks?

The guy admits there is a possibility God could exist


Here are this thoughts:

"When you talk about agnosticism it's very important to make a distinction between I don't know whether X is true or not, therefore it's 50/50 likely, and that's the kind of agnosticism I'm definitely not. I think one can place estimates of probability on these things and I think the probability of any supernatural creator existing is very very low. source
edit on 3-11-2015 by Lucid Lunacy because: (no reason given) 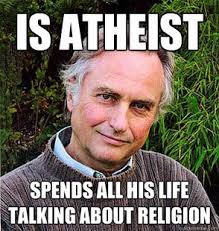 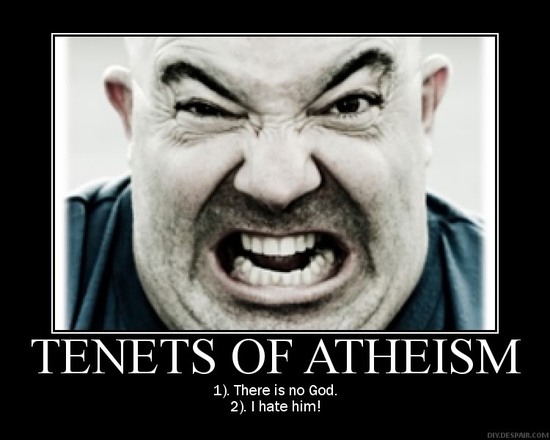 Why do people always pick on the agnostics and the atheists? Why all the anger and hate because they don't believe the same things Christians and Muslims believe? Why can't they be allowed to not believe in anything?

It seems that there's been a big push to demonize and make fun of people who choose not to believe in something without proof. I don't see anything wrong in wanting to see evidence in something before going along with it.

It's getting harder and harder for free-thinkers today, when religious people attack them for wanting to see tangible proof of this God they all worship. Pointing out inconvenient, logical arguments isn't an agnostic or atheist attack -- it's simply being curious about the world.

Why are agnostics and atheists constantly on the defensive for questioning people about beliefs they don't understand? If someone's beliefs are strong, shouldn't they be able to withstand any kind of shaking?

How do you hate a being that you don't believe exists? Terrible meme.

So because some of us atheists and antitheists talk about religion it means what? That we believe in religion and religious gods? O_o

Logic. You need some.

All you've shown is that you know nothing about Dawkins and even less about what Atheism is.

BTW, those two tenets of Atheism don't make any sense at all. I hope you posted that as some kind of joke or something because if that is what you think you haven't really thought it through very well.

originally posted by: Lucid Lunacy
Logic. You need some.

In any search for truth, logic will ultimately lead to a dead end.

Atheism is the most primitive of belief systems. It claims ‘science’ and ‘logic’ ‘prove’ God does not exist. A total logical fallacy, as obviously God is not material and science is only interested in, and can only observe material ‘reality’. God’s existence cannot be proven or disproven via the scientific method. It’s not that people haven’t tried, it’s just logically impossible.

Atheism is therefore inconsistent with its own propositions. And this is why it inspires so little confidence. It’s usually a reaction to religious hypocrisy and while primitive, for this reason it’s often the strong that flirt with it.

Atheists often develop fundamentalist tendencies. Also they will often actively proselytize. All in all, atheism as a belief system is not sufficient to defeat religion. That’s why Richard Dawkins, who made a career of denying God, recanted and went agnostic: simply not knowing, instead of denying. 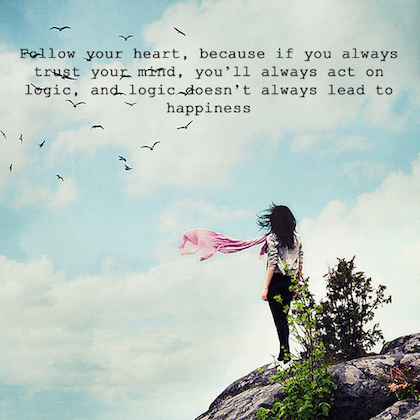 
Atheism is the most primitive of belief systems. It claims ‘science’ and ‘logic’ ‘prove’ God does not exist.

No. It does not. You're wrong. So is that blogger.

Atheism is making no such claim.

It's a lack of belief in god's existence, it's not a claim of knowledge.

Now can you answer my question? How can someone hate a being they don't believe exists?

I suspect that deep down inside all of us KNOW whats real...

God has revealed Himself to everyone.

NO one is inexcusable just because they say they don’t believe in Him.

Melisa: But surely no one would choose that if they knew you really existed?

Jesus: Not so, nobody goes into hell blindfolded. In one way or another, I've revealed myself to everyone.

As to those who live in tribes without God’s Word, God has revealed Himself in the hearts of all men. Through general revelation, man can sense God’s existence and see His power. www.tillhecomes.org...

There are five words used in these three verses to describe the extent to which God has revealed Himself to mankind, and they are worth special note. Any one of these five words used by itself would have made a strong argument for Paul's case. However, the combination of these words in just two sentences emphasizes the certainty of Paul's claims.

The use of the word "all" in Romans 1:18 shows the extent to which God has revealed Himself. God has placed a witness within every person against all ungodliness and unrighteousness.

Therefore, no one will be able to stand before God on the Day of Judgment and say, "God is not fair." He has given all people who have ever lived, regardless of how remote or isolated they may have been, the opportunity to know Him. They are without excuse.

God has revealed Himself to everyone; no one is inexcusable when they say they don’t believe in Him. Second, that by rejecting Him, they turn to the worship of created things rather than Creator. This is not just true of ancient forms of paganism, but equally is true of modern atheism (consider atheist Lawrence Krauss's statement, “Forget Jesus, the stars died for you”) and is certainly true for the autonomous, humanistic thinker such as Buddha and those who follow him. They worship man in general by exalting Mankind as the judge of everything else or may even worship the Buddha. So yes, it is possible to adhere to a godless religion – in fact, it is impossible not to be religious regardless of one’s professed beliefs.

Other religions claim the same about their god(s) revealing themselves. I see zero reason to believe your word over theirs.