posted on Oct, 29 2015 @ 01:08 AM
link
Hello, I am new here at abovetopsecret and like many discussions but i sometimes see things were people are mistaken about a few things.
I am here to learn and to create threads on Autism because i have an autism spectrum disorder, diagnosis with the new dsm 5 criteria of moderate to severe symptoms. I want to share with you how we see the world, and how we are all different. I would like to also share an important message to you, of true peace and no poverty, and how, me been connected to god has helped me pull through life and how islam was actually what i also was naturally because it is fitrah something you are born with to believe in one god is that every child born before puberty is a muslim until their fathers or mothers turn them to another deen.#any questions on islaam i can help to the best of my ability but please be gentle

Yes Autism is quite misunderstood by the general public (myself included) so it will be good to hear your perspective on well everything.

So your a muslim, this will be interesting there are a few muslims on here but there is also some who are very anti muslim, just a heads up.
Anyway enjoy your stay.

posted on Oct, 29 2015 @ 01:37 AM
link
a reply to: Ozsheeple
Thank you, yes i am a muslim Alhamduillah, I am a convert muslim or revert is what it is, going back to nature! I am not the muslim they are expecting. We are only here to give a message, and a warning from God, that this life, is not the life to be concerned about, but the hereafter. I am able to provide details from hadith about the revelation's in which you see worldly events that the prophet peace and blessings be upon him said would happen and it is happening now in sham.
I expect some people to disrespect me even though i have autism and struggle but they will soon learn that indeed their behaviour compared to our holy prophet saw behaviour is unmatchable.
We are not people who mock others for how they look, what they believe in, how much wealth they have, or look up to those who have big homes or nice we are people of peace, forgiveness, kindness to even our enemies, what you see in Saudi Arabia, or Iran or some possibly ISIS is not true islam but every muslim does believe and has to believe in one thing. no in islaam you have status because of charatar and your belief in one god.
It is about that islaam is about nature, Gods creation and how he is telling us to serve him in good to take care of the whole world.

originally posted by: theonetoguide
a reply to: Ozsheeple
even though i have autism like you


Wait a minute i think you misunderstood that, i don't have autism i was saying i don't know a lot about it. 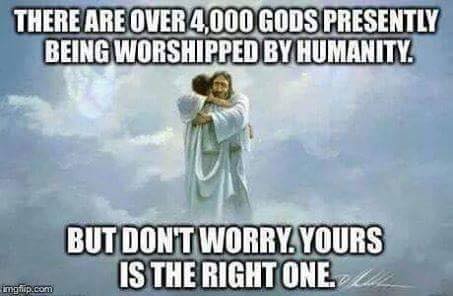 Please click the white envelope icon that is near the top right of your screen. I have just sent you a message.

Why is this thread closed for review? Just a simple question not trying to be rude.