PC Baranovsky drove near the scene and saw people running. 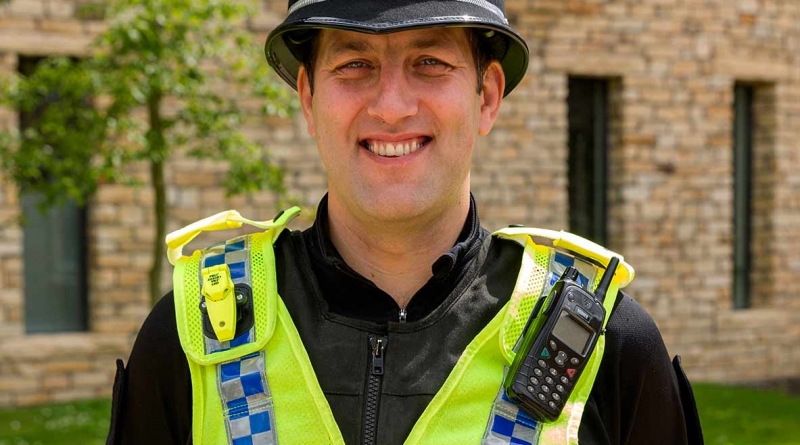 The Durham nominee, Christopher Davis, "ran towards her and took hold of the hand holding the machete". Quite a few of these actions involve knives.

James Patrick, the Met whistleblower who improved policing for all of us through his effort and sacrifice, is another who was commended for rushing a violent man who was armed with a knife.

The Police Bravery Awards recognise these actions. At a time when policing is suffering many attacks from many different quarters, recognition of the unique requirements of the job boosts morale. www.polfed.org...

The many faceted war against the traditional Office of Constable seems like a laugh to those who harbour resentments for whatever reasons. Look at the bigger picture here. Who's going to chase down the knife wielding maniacs? The private police will only protect the rich in their enclaves.

The anti-constabulary black operations of the eighties, Beanfield, Hillsborough, Orgreave, were designed to be used as emotional weapons against the Office of Constable at this time. Have you been swayed by the bastardlyness of it all? These black operations were carried out to manipulate your thinking so you would condemn the traditional constables and willingly welcome the private police.

I'm not saying go soft on them. I've personally threatened to dismount their mounted divisions and steal their horses. I know how to do it and I've shared my designs with those who can be trusted to hold that information. The breaking of women and children's bones using horses during the student protests is something that cannot be put aside. On the other hand a tough mounted division could have prevented Hillsborough. Then we could all moan about how harsh they were not knowing what would have happened without firm crowd control.

They don't need to be reminded how unpopular they are, they're familiar enough with that message.

Don't mind our police never had any problem with them.
Glad there are still folk who do the job because they want to help people.

Not much different from gardening really.

The officers immediately spotted the man, who they believed to be suffering from mental health issues, but he then ran off. The officers pursued him, into a garden, where it became clear he was carrying a Stanley knife. In an attempt to calm the situation, the officers sprayed him with Pava but to no avail.

PC Hagger held a shield up to stop the man using the knife against her. PC Moulton then helped her to stop the man from harming others or himself. The man managed to grab a baton from one of the officers, as he headed for the property’s back door.

PC Hagger was punched in the face, and received a laceration to her left little finger and ring finger from the same Stanley knife, as she tried to disarm the man.

The assailant then grabbed a garden fork and threatened the officers with it, kicked PC Hagger in the stomach, punched her twice more on the head causing her to almost black out, as she tried to assist PC Moulton in pulling the fork away.

Another officer arrived and they tried to keep the man in the garden while they waited for further back-up, fearful of him escaping and hurting others. The man ran at the officers with a handsaw and shears he had grabbed from a garden shed.

Officers quickly evacuated the people in the next door house, and children from the play
park nearby, fearful of what he might do next.

The assailant then went into a nearby residential property and held a saw to the throat of the male occupant, which scratched and cut him.

Firearms officers arrived and the man was challenged but despite officers using Taser on him, he broke free and ran into the street. Officers used Taser and Pava again but they were only able to overcome and control him when many more officers arrived. The man was unusually strong and was finally subdued under sedation later at hospital.