Bell Witch Coming to A & E

posted on Oct, 20 2015 @ 06:48 PM
link
Just in time for Halloween!
I know that it will be sensationalized and exploited but it should still be fun!
It has also been said that, "It shows how easily legend and myth can be mistaken for fact and real events and how easily the lines are blurred".
William Radford

He contributes to Snopes also so take from that what you will if anything...^^

My S.O. is born and raised TN along with all of his (rather big) family so, he is particularly interested. 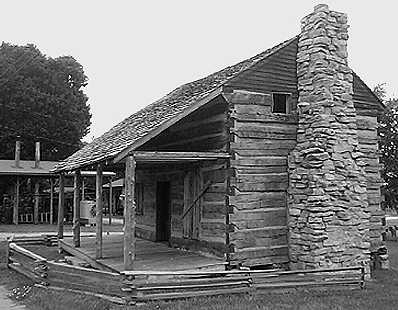 All that is left of the buildings that once stood on the Bell farm.^^

Bell Witch Coming to A & E Series
At 10 P.M. (I’m assuming EST) on Monday the 26th of Oct. A & E will be premiering the first of a five part series featuring the Bell Witch legend and interviews with a direct descendant named Bob Bell (who owns a funeral home in Adams), as well as members of the Batts family.


Some people through the years believed that Kate Batts was the "witch" that tormented the Bell family especially the daughter Betsy. She was a neighbor of the Bells but, interesting to note that she was Lucy Bell’s niece. Some folks believed that Kate and her husband were behind the incidents occurring around the Bell farm.
During the “investigative process” for the series, attempts were made to locate Kate’s grave however no one was able to find it. It is believed that the headstone was “stolen” years ago.
Seems I remember the Father Bell’s marker being stolen in the 50’s and being replaced…I’ll link Wikipedia.
WIKIPEDIA 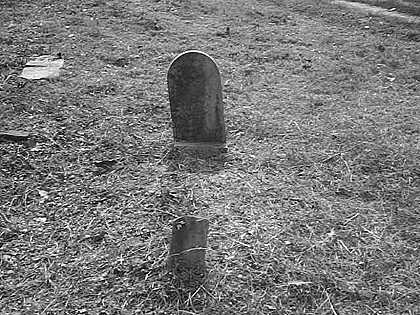 You have to wonder why?
Why would they do those things?
Anyway, her (Kate Batts) 7th great grandchild was also interviewed for the series and that should be interesting too.
He seems to think that it IS possible that his great, great, great X 4 more grandmother could have put a curse on the Bells!

Accounts vary about the witch being someone who had been cheated by Bell or a male slave whom Bell had killed.

Mississippi clairvoyant Sara Leigh, who has said she communicates with youngest daughter of the Bell family that was haunted by the Bell Witch, Betsy will also be on hand and that should lead to some interesting conversation, whether or not you believe any of it to be true.
USA Today 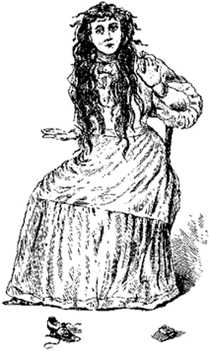 A remarkable occurrence, which attracted wide-spread interest, was connected with the family of John Bell, who settled near what is now Adams Station about 1804. So great was the excitement that people came from hundreds of miles around to witness the manifestations of what was popularly known as the "Bell Witch." This witch was supposed to be some spiritual being having the voice and attributes of a woman. It was invisible to the eye, yet it would hold conversation and even shake hands with certain individuals. The freaks it performed were wonderful, and seemingly designed to annoy the family. It would take the sugar from the bowls, spill the milk, take the quilts from the beds, slap and pinch the children, and then laugh at the discomfiture of its victims. At first it was supposed to be a good spirit, but its subsequent acts, together with the curses with which it supplemented its remarks, proved the contrary. A volume might be written concerning the performances of this wonderful being, as they are now described by contemporaries and their descendants. That all this actually occurred will not be disputed, nor will a rational explanation be attempted. It is merely introduced as an example of superstition, strong in the minds of all but a few in those times, and not yet wholly extinct.

Godspeed's History of Tennessee
I'm not sure how it will link so it is on Page # 7...

OR...could it have been the mysterious professor Dr. Powell who had moved from North Carolina and became enamoured with young Elizabeth. Her affections belonged to a young man named Joshua...the old "unrequited love" scenario?! So, possibly the Professor created the "antics" to drive the fearful Betsy to his arms? It worked, he and Elizabeth married March 21, 1824.

I just think this will be a fun week and the revisiting of The Bell Witch will be part of the fun, especially for the S.O.

posted on Oct, 20 2015 @ 08:49 PM
link
The major motion picture they made about the Bell witch (an American Haunting? Maybe) was so far from the actual events that I really couldn't watch if all that intently *Spoiler Alert! but as I recall they played it as all in Elizabeth's head because John Bell her father was molesting her. The true events are less believable but that doesn't make then not true. There were many witnesses to abnormal events. I think for a myth to stick as much with society for 200 years has to have some truth to it.

Wow, you are the first person that I have heard say that about the American Haunting movie. I also watched it after having researched this case and hoping for a fair representation of it on screen. How disappointed I was! The movie didn't tell the story correctly but I was okay with it until I got to the end and they explained the phenomena by saying it was all psychologically induced by her father's abusing her sexually. Man, I was so pissed when they did that. There was ZERO evidence of anything like that happening. So let down by that movie. That was Donald Sutherland in the part of John Bell wasn't it?

This was the story that I remember reading about President Jackson visiting with a group of men and after a very unfriendly encounter with the spirit/entity/witch/ghost, whatever, they hightailed it out of there. There's not much documentation to support that encounter, but like you I feel like where there's smoke there's fire. There has to be some truth to it for the story to be so enduring.

posted on Oct, 20 2015 @ 10:46 PM
link
whether or not you believe it halloween is a "pagan" day called samhain its a celebration when the veil is lifted from the world of the living that the dead can come through. back on to the Witch anyone know a good evocation to place a spirit into a body?
edit on 20-10-2015 by malevolent because: (no reason given)

posted on Oct, 21 2015 @ 07:36 AM
link
I used to live in Clarksville, and always wanted to visit the cave and the property, but never did (my less-than-10-year-old at the time was a little too spooked about it). But this will be a pretty interesting show--too bad I ditched cable.
edit on 21-10-2015 by SlapMonkey because: (no reason given)

posted on Oct, 21 2015 @ 08:48 AM
link
Really looking forward to it, but hoping it doesn't do the same crap the movie did. Couldn't stand that movie. I have read a lot of the Bell Witch legends/stories and find it fascinating. I will be driving through there next week and may swing by.

posted on Oct, 21 2015 @ 11:14 PM
link
I grew up In Tennessee and with the Bell witch stories my whole life.
I did a lot a research when I did a presentation on the subject for the London Ghost club.

The earliest book written on the subject was in 1894 by Martin Van Buren Ingram.
"The Bell Witch Hauntings: An Authenticated History of the Famous Bell Witch: A True Story"
Also known as "the red book" because it was first published with a red cover.

if you want to read it you can find it here
archive.org...

From what I can tell a lot of the story is fiction.
But the case may have started with an actual poltergeist case.
Over the years more outlandish details got added on.