posted on Oct, 9 2015 @ 07:30 AM
link
Ho boy this is a bombshell full retreat! Obama has thrown in the towel on funding the terrorists! Good for him I knew he would make the right choice, he finally did something I can agree with. My tax money isnt going to fund a civil war! Yay!

LONDON — The Obama administration has ended the Pentagon’s $500 million program to train and equip Syrian rebels, administration officials said on Friday, in an acknowledgment that the beleaguered program had failed to produce any kind of ground combat forces capable of taking on the Islamic State in Syria.

Better be late than never! thanks Russia for dictating the common sense.

posted on Oct, 9 2015 @ 07:42 AM
link
Then again, after Russian aircraft moving in Turkish airspace this might be the result of some kind of truce behind closed doors. We'll behave if you behave kind of thing.

Thank god. What a waste of money and resources.

Unofficially the CIA will still be there training people and getting them weapons.

True but lets not forget he is the one who started funding them to begin with.

Lol no he's not

Hmmm wasn't aware helping the true Syrian people get rid of a dictator they don't want was a waste of resources. Granted it isn't our fight, but nor is it Russians fight either. The fsa actually did quite well for awhile.

It wont be going to help the quality of living for the people of America thats for sure. . . .

Always worried about what everyone else is doing and our own country needs so much work pretty pathetic.

Supporting terrorist human heart eating mercs I think must have been the lowest in his presidency.

Would anyone have voted for him if he actually told people he was going to fund terrorists for regime change in multiple countries? It worked like a charm in Libya, but the Russians have put a stop to it in Syria.

It would be nice if the American people could have a say in these matters, this is what we need to be able to vote on, wether our tax money will fund and aid terrorists or be used for something more progressive to aid Americans quality of life.

posted on Oct, 9 2015 @ 01:01 PM
link
Okey then, now lets keep going and seize these ppl whom spend westerns money to train terrorist etc to fight ME governments and its ppl. This way at very least something good can come out of the loss and it would be then possible to try and make it so that similar BS wont get to happen again. There should be massive investigation on whole west against ME aka war on terrorism. If there is not justice then we can only expect more BS and its the ppl around western world that will suffer from it and perhaps it is not obvious yet compared how ME ppl suffers right now but years to come things might look very much different..

How can you stop funding terrorists when you never funded terrorists in the first place? What he has done is stopped the program designed to train Syrians to fight Daesh because they would all rather fight Assad. Oh well, we should never have gotten ourselves sucked into that quagmire in the first place. Good lick, Vladimir Vladimirovich!
edit on 9-10-2015 by DJW001 because: (no reason given)

The news that the Obama administration has spent $500 million to put “four or five” fighters on the ground in Syria adds an almost comic irony to what is ultimately a tragic farce.
nypost.com...

Some people think it could be up to 9 rebels, but all reports I've heard are 4-5.

I want to be a rebel instructor.

whatever money remained would be used to provide lethal aid for groups already engaged in the battle.

- And i have to add. The weapons the US have bing giving the rebels (FSA) are from Yugoslavas civial war in 1991. And it was paied for by Saudi Arabia. 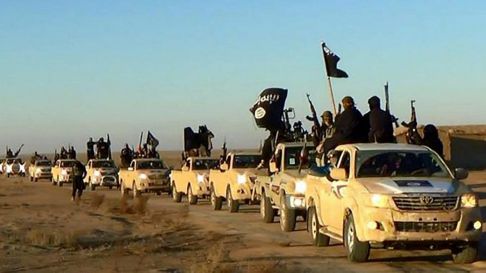 I bet you will find: The US, UK and France are involved.

Hiluxes were on the Free Syrian Army's wish list. Oubai Shahbander, a Washington-based advisor to the Syrian National Coalition, is a fan of the truck.

"Specific equipment like the Toyota Hiluxes are what we refer to as force enablers for the moderate opposition forces on the ground," he adds. Shahbander says the US-supplied pickups will be delivering troops and supplies into battle. Some of the fleet will even become battlefield weapons.


"You can absolutely expect for many of those trucks to be mounted with crew-served machine guns or other type of equipment, military equipment, that the opposition forces have access to. I mean, that's one of the reasons why the Toyota Hilux is such an important force multiplier, because it could be used both for humanitarian purposes and for operational purposes as well."

Syria is only the latest war zone where the Hilux has been a vehicle of choice. The BBC's Kabul correspondent, David Loyn, saw the Hilux put through its paces by the Taliban in the 1990s, and credits the truck with having given Taliban forces a battlefield edge.

"They perfected very fast-moving maneuver warfare, and they did it with Hilux trucks," he says. "The Jane's Defense Weekly analysis of the seizure of Kabul in 1996 was that it was a textbook operation, from three sides, a coordinated piece of warfare using these Hilux trucks as very fast-moving troop-moving vehicles."

US Officials Ask How ISIS Got So Many Toyota Trucks.
abcnews.go.com...

Apparently the M16's don't work that well in the sand ...