A Saudi woman who secretly filmed her husband kissing the couple's housemaid and then posted the footage on the internet, is now facing defamation charges.

A Saudi man passes the al-Faisaliya tower in Riyadh, Saudi Arabia
© AP PHOTO/ HASAN JAMALI
New Saudi Rules Could Mean Execution for Internet 'Rumor-Mongers'
A Saudi Arabian woman who used her mobile phone to take secret footage of her husband kissing their housemaid, and then posted it online, is now facing a jail sentence under Saudi Arabia's defamation law.
The film went viral and triggered fierce debate on social networks in Saudi Arabia, with many bloggers writing in support of the wife.

"I salute you warmly for your valiant courage," wrote one blogger, Al Yamama


Klik For more ...
Well I guess in the grand scheme of things in that part of the world with all the high body count and mass exodus this will rank pretty low in terms of concerns, but switch the sexes and one would hear a sound like this..schiwinng!!..followed by a brudup... roll roll..followed by a Allahuakbar!!!
The Onion couldn't make this up if they tried.
edit on 8-10-2015 by Spider879 because: (no reason given)

I suspect the Saudi King is getting very hot under the collar about how popular and how long his family can rule in Saudi and every tiny opportunity for any disquiet or complaint is being shut tight sothis poor woman has fallen into this quagmire. The video makes the point that were this the other way round, she would have been beheaded!

Her husband also appears to be forcing himself on the maid in quite a disgusting manner - which in some civilised countries would be sexual assault. Yet the one being punished is the innocent wife, one year in jail and a large fine to pay, which presumably if she can't and hubby won't …… Mind you with such a monster at home would she want to go back home?

It appears though that Saudi women are beginning to see the utter unfairness of their lot there and I suspect part of this will be a man versus woman thing. All the time the women acquiesce the men will rule but if they start asking for more rights - you can't behead the lot of them. When you look at that clip though the robbing a woman of her identify by that shapeless garb is in my eyes a crime against the feminine. But in 22015 Saudi hasn't moved on its still crucifying people and quite legitimately because men like Oinky cameron back their Human Rights role in the UN - corruption by the Elite protecting the Elite.

posted on Oct, 8 2015 @ 05:08 AM
link
I had a friend who was a Saudi woman. She wanted to leave the country but in order to leave her father had to give consent (she was near 30). Her father refused to let her leave.

That is the type of women that I welcome to the US to benefit from the full protections of our laws, way to go girl, don't give up the feudal monarchy of the Saud house with the medieval sharia laws needs to come down, if more Saudi women would band up to protest the government would not be able to kill all of them without an international backlash.

I would imagine this guy is going to get his way though, and his wife will be locked up, he will divorce her and shame her and she will live like a third rate citizen from now on...if she isn't killed by others.

But even with her been given the short hand of the issue, she is a martyr for all the young girls that are starting to question their way of life, this would never had happened in that country 10 years ago, now we starting to hear more women in Saudi Arabia showing that they have a mind of their own.

originally posted by: OccamsRazor04
I had a friend who was a Saudi woman. She wanted to leave the country but in order to leave her father had to give consent (she was near 30). Her father refused to let her leave.


And I have met a young Saudi from a very liberal family that allowed her to travel and live overseas on her own,

posted on Oct, 8 2015 @ 06:21 AM
link
Saudi Arabia is well know for their open practice of human trafficking and slavery specially women, I wonder if the servant girl was one of those, As slaves they have to also provide for sexual favors.

posted on Oct, 8 2015 @ 06:30 AM
link
From the short clip it seemed obvious the maid was being sexually assaulted (to many Saudi gentlemen "no" means "take me, you brute"), and that is the core of the jail threat imnho. The top-heavy (literally) male attitude of the Saudi men that allows them to treat all women in their household (even the slaves, ah, I mean maids) as their property and playthings needs to survive in the shadows and not in the light of day (or at least the light of a cell camera).
edit on 8-10-2015 by Aleister because: (no reason given)

originally posted by: marg6043
a reply to: Aleister 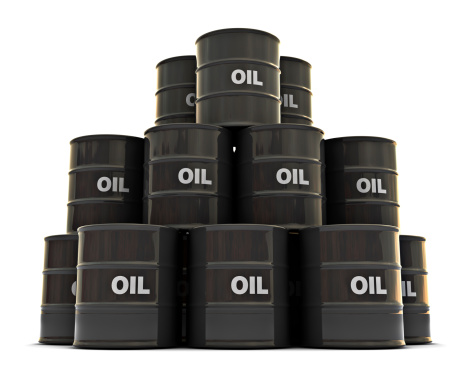 
Problem is they belonged to the cartel called O.P.E.C.

originally posted by: Spider879
a reply to: Shiloh7

Well according to our PM in the UK is because these scum blackmail us.

We support there barbaric ways and SA "help" stop attacks.


True maybe just throw in the towel and walk away..as a line in a movie the title of which escapes me now goes something like this..WE ARE THE ARABS!


I'm from Saudi Arabia and I've been subscribed to this channel for a long time and I like the cases you focus on in general. However, lets say 60% of the news you post about Saudi come from a week resource or lack many of important details. I don't know whether its your agenda or its just bad covering! I this exact case about the cheating husband has nothing to do with the wife at all. the maid is the one who filmed it and the first who post it on twitter was this account " @Latifa_alrajihi " you may contact her and get the full story if you want. as far as I know, there is no official statement from the Saudi government that the wife or the women who post the video are facing any jail time. the husband if they get him will face the death penalty which is the punishment for any cheating husband or wife in Saudi if you have "4 men" who witness the act of " having sex" in front of them, which is really hard to get in this case, so as far as the government concern this is only a controversial case on twitter !

so i don't know about you guys , but i need more proof that the wife is facing jail .

posted on Oct, 8 2015 @ 08:13 AM
link
More Proof AND I would like to Add that this could be the Beginning of Women's Right Movement in Saudi Arabia. Good for them. More progressive thinking taking action.

posted on Oct, 8 2015 @ 08:19 AM
link
and now i found out who posted this video , she is a Saudi woman i found her on twitter her name is @latifa_alrajihi , she is not married and says that she is the one who uploaded the video and the recording was done by the housemaid , so what does this make this you tube channel look like ??? haters