China's New Citizen Scores will Rate Every Person in the Country

The Chinese government has announced a new universal reputation score, tied to every person in the country's nation ID number and based on such factors as political compliance, hobbies, shopping, and whether you play videogames.

This is going to be administered by Alibaba and Tencent, the country's government-compliant social network. Your ratings will be based on what you and your friends are like. If your hobbies include playing video games, for example, it will reduce your reputation score because the government wants to discourage video game playing.

Your score includes a credit score, but also a "political compliance" score - your score is lowered, for example, if you criticize the government. Since this is administered by social networks in conjunction with the government, they have access to a lot of your data if you live in China.

Scores will range from 350 to 950, and people with high scores will get access to things like a visa or a Singapore travel permit.

The program will be mandatory by 2020.

Hopefully, nothing like this ever happens in the U.S.! The government suppressing free speech and even choosing what hobbies its citizens engage in is terrifying. What is more, there is peer pressure to conform because if you "act out," you will be lowering the scores of your friends on social media.

Well, China would be Communist not Socialist. However, China has a lot of clout in the world these days with its population and economy. It is also a member of the U.N. - are its policies going to leak into other countries?

posted on Oct, 6 2015 @ 02:41 PM
link
So what happens to the ones that fail the test? Sounds to me its going to be a good old pick and choose event. I like you boom big house fancy cars, you don't meet my satisfaction boom to a sweat shop you go.


are its policies going to leak into other countries?

Sure, the Pudge in North Korea will adopt it as well. If his people don't keep a 800 score, zoom off they go to the nearest weapons testing facility...

Sorry, wrong ism...and I hope not. I don't like the idea of rating people on their ability to conform.

I don't like it either, I would be getting a really bad score seeing as I use ATS and play a lot of video games.

We can only imagine the controlled smear tactics.

originally posted by: Bluntone22
Socialism at its finest...

Actually, China is a capitalist society but the government is dominated by the Communist party. Too many people are not aware of those distinctions.

Next month an app will debut that will allow people in the US to rate each other.

The US government won't have to force it on us, we are stupid enough to do it to ourselves.

I can see especially young people joining in droves, for fun.
and according to the creator of the app "The cached site’s terms also say that users cannot remove themselves from the app. "
www.nytimes.com...

One good thing, if you don't join Peeple as a member no one will be allowed to say anything negative about you. However, you know from the repartee on ATS that one can say something positive and it is really a negative that could disclose things about yourself that you don't want made public.

originally posted by: darkbake
Hopefully, nothing like this ever happens in the U.S.! The government suppressing free speech and even choosing what hobbies its citizens engage in is terrifying. What is more, there is peer pressure to conform because if you "act out," you will be lowering the scores of your friends on social media.


It most certainly will happen in the USA and it will be disguised as a ground breaking, revolutionary, private sector, business innovation, ala Uber.

The successful implementation of China's rating program is reason enough for companies like "Peeple" to secure REAL funding, via Venture Capital. Make no mistake, the "Owners of Capital" WANT A SIMILAR SERVICE TO BE AVAILABLE FOR THEM TO USE WITHIN THE UNITED STATES!

There would be huge backlash if the US government lead such an effort directly, so instead, the 1% build the technical foundations, delivery platform and service acceptance through "Venture Capital" backing, using private companies that do not have disclose their unethical methods and business practices. This "funding process" helps mask the true long term intentions from public scrutiny.

Look at Google if you have any doubts about whether, one day, companies like "Peeple" will be receiving HUGE government contracts or not.

This is the face of the NEW enemy to the common man, individual freedom and the tenants of the US constitution, they should be given no quarter: 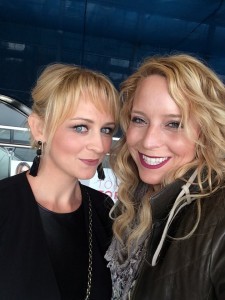 Following Death Threats, Peeple Founder Says She Was Wrong to Position App as 'Yelp for People'
edit on 6-10-2015 by boohoo because: (no reason given)


Think you have great credit?

I don't see this working at all just because of the sheer numbers, even if they exempt rural areas.
edit on 6-10-2015 by StoutBroux because: (no reason given)

originally posted by: StoutBroux
China has a population of 1.4 Billion people. Many in very rural areas still don't have electricity, only about 1% but that's 14,000,000. Which means they don't have computers or cell phones most likely.

I don't see this working at all.

Its not supposed to be an overwhelming success, its pilot study, being run by the "Owners of Capital" to see just how much control Social Media tech can give them over regular peoples everyday actions and decision making processes.

posted on Oct, 6 2015 @ 06:38 PM
link
This is abosolutely disgusting. I can only see this heading in a very sharp downward spiral. As if Facebook wasn't enough, this is outrageous I don't even know what to say. Are we living in a damn movie?? a reply to: darkbake

Well I just read this here

Despite China's rapid economic growth, a large number of China's rural residents are still sealed in poverty. "Despite being the world's second largest economy, China is burdened with the heavy task of fighting poverty."

Rural people with an annual net income per capita of 2,300 yuan (374.54 US dollars) or less are classified as poor. The country had 82.49 million rural people living in poverty at the end of 2013

82.49 million is a lot of bad credit scores. It obviously can't be considered a success. I can't imagine living on $375.00/year

posted on Oct, 6 2015 @ 06:45 PM
link
Doesn't China already have serious issues with ongoing riots against the government? I don't think this will help the government as much as it would like to believe.
edit on 6-10-2015 by pl3bscheese because: (no reason given)

originally posted by: StoutBroux
82.49 million is a lot of bad credit scores. It obviously can't be considered a success. I can't imagine living on $375.00/year

The rating system isn't for these people, its to root out malcontents in the upper classes and shame them via social media as examples (possibly even send them to concentration camps and/or prisons).

This is the digital "Scarlet letter" for the "Owner of Capital" to stick onto whomever they please.
edit on 6-10-2015 by boohoo because: (no reason given)

I don't play video games, but I doubt that would earn me enough to make up for the rest...