Planning a trip to Barcelona. Suggestions?


My old dad (70+) have invited me to a one week stay in Barcelona, and I wonder if any of you would have suggestions on what to do and see while there.

It is my first time visiting Catalonia, and we will be there from October 10th to 17th. This unfortunately means we just miss out on Barça home against Rayo Vallecano. I would have loved to see a match - any match really - on Camp Nou.

Is it worth it going to the stadium museum tour, or is it just a tourist trap as such things often are?

If you know, and if you have any suggestions, then please reply - it will be much appreciated.

Yeah! I am looking forward to that one.

Actually we have rented an apartment for the week just across the street from La Sagrada Familia. (well, not really, but it is pretty close though - it is in plain view from the balcony.)

I would say a must see would be the Picasso Museum......

Remeber. Piks or it didn't happen!!

Better share the love Dup! I'm jealous & hope you all have a fabulous trip. Safe travels!!!

P.s May as well visit www.fmirobcn.org... .... the Miros museum too

posted on Oct, 4 2015 @ 08:41 AM
link
There's loads of tourist sites around the city but you should visit Mercado de La Boqueria It's a Market just off Las Ramblas great atmosphere lots of bars inside, you can buy food from the various food stalls and some of the bars will cook it for you. If you are able Saturday afternoons are best.
edit on 4-10-2015 by redchad because: (no reason given)

posted on Oct, 4 2015 @ 08:49 AM
link
Eat tapas and drink wine and watch the Flamenco dancers! Then a late dinner. Marvelous! I wish a safe trip that will provide a lifetime of wonderful memories!

One of my favourite city´s to visit

Besides Sagrada Familia, which is known to all tourists I would suggest taking a walk to Park Güell. Especially on the top of the main area, there are amazing views of the city. The first time I spent in Barcelona, I went there on foot from Las Ramblas via streets where the houses were designed by Gaudi (or inspired by his design after he had passed away). The architexture- general atmosphere - was awesome. Loved it

The market just nearby Las Ramblas redchad suggested is also great please to visit to get glimpse of Spanish (especially Catalonyan culture). Also I would suggest hanging out at Las Ramblas during the evening. The street artists are amazing. In addition to that there are lots of tourists to have a chat with. Whenever I have been to Barcelona, I have rented an apartment just next to it. So far, have been impressed PS. At the end of Las Ramblas (where the big statue is - Columbus Monument - go just towards the sea, there is awesome sea museum. I do not remember the name tbh, but I liked it )

I´m sorry for you to have missed Barca match ( being a fan myself). Although if possible, maybe there is Espanyol match that week. ? Barca would be better but whichever teams of LA Liga play, you can feel the fan culture, which is amazing I would definitely suggest visiting Camp Nou. The first time, I was in Barcelona, I also could not manage to see a match, but the stadium itself is amazing - the size of it, the power - it speaks for itself. During the tour, you can touch the grass of the field as well Whether there is a match or not, if you have not visited the arena yet, I suggest doing it.

Whatever you decide, good luck on your trip One of the nicest cities in the world to visit

posted on Oct, 4 2015 @ 02:22 PM
link
a reply to: DupontDeux My suggestion is go up to Montserrat about 40 mins out of Barcelona an amazing place/experience. Plenty to see and feel. google it and see if it pulls you in.

Uh, the Picasso museum, that i want to see! Thanks!

(paintings or it didn't happen!)

And thanks for the details about the Camp Nou-tour too.

I'll look into that. I found some great pics online - thanks!

I cannot REALLY capture it on a photo, but it is crazy overwhelming to look out of the window and see THIS! 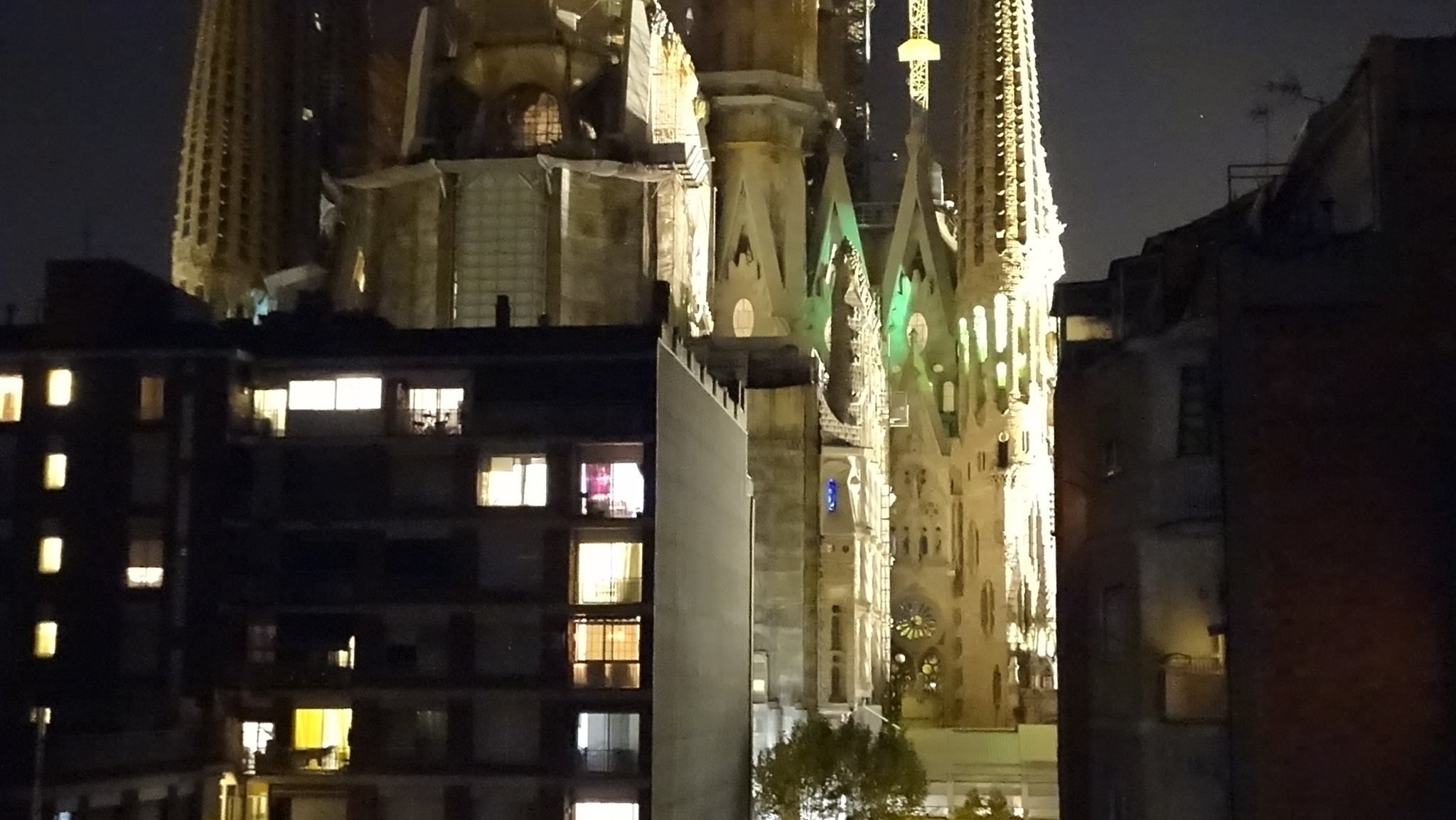 posted on Oct, 16 2015 @ 03:35 PM
link
When walking up the Montjuic hill, there is a small pavillon by Mies Van den Rohe. It's a remnant from a world expo. If you have time, visit it. It has serenity to it that is rare.

A bit further up the hill is the Joan Miro-museum. Absolutely recommended.

Then, it you have time: try to spend a day or two and at least one night in Girona. It's less than an hour drive from Barca. In Girona, have dinner at Masana... It's fabulous.