Anglo-Saxon house in West Stow to be pulled down

posted on Oct, 3 2015 @ 07:15 AM
link
But it's all in the name of science.
The grubenhaus or grub-hut was built in the early 1970s as an experiment to learn and test out theories on construction techniques of the time , the plan now is to dismantle the house to compare the remains with real Anglo-Saxon excavations on the site and test how authentic the the building techniques were.
The old grubenhaus has been replaced by a new building to enable the deconstruction to go ahead. 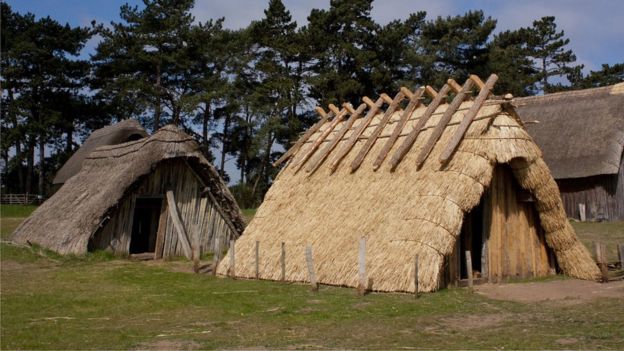 A new house has already been created to replace the 1974 one, also using building techniques that might have been used by Anglo-Saxons.
Dr Hoggett, Suffolk county council archaeologist and advisor to the West Stow Anglo-Saxon Village Trust, said: "Understanding how the buildings were made helps us understand how the Anglo-Saxons lived and what their settlements might have looked like.
"We're finishing an experiment that began 40 years ago and we are hoping some of the original 1974 Cambridge University students will get involved again."
The building is due to be taken down between the October half-term and Christmas, with the results presented to the public at Easter.
www.bbc.co.uk...

I must admit there is a part of me that wishes we still lived like that.

The part of me that wishes we still lived like that is about 99%.

I would like to second... no wait, third, fourth, and possibly fifth the motion, as tabled by Kester in response to your threads OP.

Lovely houses, and so much less hassle than modern ones. Less mod cons to go wrong as well. Who would not want that in their lives?

posted on Oct, 3 2015 @ 11:19 AM
link
This thread reminded me of a BBC series from the late 70s that had people living in an iron age settlement if anyone is interested. Is this connected? I noticed they are from around the same time.


ETA: Seems to be a different location. The one I linked is from 78 I think while the OPs is from 74.