First off, condolences to the victims, friends and families.

But to address your question, the answer lies in "gun free" zones.

Study: All But Two Multiple Public Shootings Since 1950 Took Place Where Guns Were Banned

originally posted by: dukeofjive696969
heres hoping this is the last time it happens.

Nothing wrong with hoping. But reality dictates that it'll happen many times again.

Can't be bothered with the debate that would pursue by mentioning why this kind of thing will keep happening... but yeah, the fact of the matter is you're a long way from seeing the last of it.
edit on 1-10-2015 by Subaeruginosa because: (no reason given)

Condolences to all concerned.

Sky news reporting two persons involved, a man and a woman, the woman may be down.
edit on 1-10-2015 by smurfy because: Text.

originally posted by: karmicecstasy
What is wrong with people these days. Just because something does not go exactly how you wanted in life. You go out and kill a bunch of people. That is what all these cases boil down to. Poor me. So because your life sucks. You are going to go out and kill. It makes no sense to me. If your life sucks, then put the same energy you did into planning a mass murder, into making your life better.

There were times that my life sucked. During those times I sometimes had dark thoughts, that involved hurting myself, but never ever others. Are people just that self absorbed now a days? That they only see their problems. Without realizing everyone has problems. Even if they are not readily apparent.

Its times like this that I hope there is someplace better to go when you die. Because none of the people who died in this shooting deserved to die like this.

My heart goes out to the victims families.


Glad they at least took this guy alive so he can rot in misery.

I was the same as a kid...I would always kick myself when I felt down...not someone else. Taking your misery out on this many people is just evil.

posted on Oct, 1 2015 @ 01:58 PM
link
Aljazeera reporting they have received information that the shooter is no longer among the living, but they haven't verified for sure.

posted on Oct, 1 2015 @ 01:59 PM
link
I'm going to a Community College in a neighboring state... these shootings are getting ridiculously numerous.

originally posted by: starfoxxx
This is one of the largest MASS shooting we have seen in a while at a school..

Most likely a student did this, but I would still call this a terrorist act.

If SSRI's were to blame, we'd have multiple shootings of this magnitude every single day. You do realize 1 in 10 Americans take antidepressants, right? With 1/10th of the population on these drugs, we should be seeing insanely high numbers of shootings.

Nearly 1 in 10 people aged 12 and up take an antidepressant medication, according to a report by the Centers of Disease Control nd Prevention.

In fact, the rate of antidepressant use to treat depression or anxiety has jumped nearly 400 percent in the past 20 years.

Remember, correlation does not equal causation.

So our violent crime is down, and prescriptions for antidepressant medications are rising...

When 1/10 people are on these drugs, you have a 1/10 chance any violent criminal will be on them or have used them at one time.

So we have record LOW numbers of violent crime and record HIGH numbers of people using these drugs. This tells me that people are desperate to find an easy scapegoat. Medications are often times seen as an easy answer to our ills, both mentally and physically.

No, to address those issues would be hard and painful. It's much easier to simply point at a pill -- just as it is to take a pill.


Oregon State Police have confirmed 10 people were killed in a shooting on the campus of Umpqua Community College in Roseburg in Southwest Oregon that was reported about 11:15 a.m. Thursday. The shooter is also dead.

originally posted by: Daedal
Another sad day in America. Somethings got to give at some point.

My heart goes out to the families.

good guys with guns aren't allowed to carry in these gun free zones.....

originally posted by: Bennyzilla
a reply to: Vasa Croe

Gun Free Zones are always easy targets for cowards like this


I just said this to my daughter.Why don't these imbeciles go to a place that has armed guards and start shooting?COWARDS!

How long before the over the top conspiracy group here points to this unverified info as being proof of a conspiracy? "What about the reports that the shooter died early on, see they changed the story line, they aren't even trying anymore" blah blah blah..

It is strange no cameras allowed. I guess CNN has learned their lesson from previous recentish shootings, to not give out any early information. It is odd that it was reported (I am DVRing which I never used to do but as they have learned so have I) that first the shooter was dead then he was detained now he is being "interrogated" and it was described "being interrogated the hell out of". Just now showing still pics of students having their back pack searched. I also heard the average age of a student here is 35. Just now David Jaques The Rosenburg Beacon "There were some reports or innuendos that there may have been more than 1 shooter"...here we go!

Shooting apparently happened in 1 room in the science building.

Keep an eye out for the reoccurring
crisis actors giving interviews. The same
people have shown up at Ground Zero
Sandy Hook, Aurora, Boston and the LAX
shooting.

Oh,man, everybody I know takes SSRI's, including me. Not a one of us who even likes to kill a spider. We scoop them up and take them outside. Harmless, we are.

What always strikes me about these horrors is that the story is always the same, some idealistic misunderstood young man who feels isolated or like "outsider".

Starts to make me think that the problem is as much about youth culture in the under 30 demographic as much as it is about gun control.

We all know this is going to descended into a pro gun anti gun debate, I think its time we accept the facts and work around them. As it stands the pro-gun lobby is so strong real political change regarding guns is just not going to happen, there is not going to be any significant change in American gun laws.

I happen to think that stricter gun control is required, but like i have said there is not enough political or public appetite to facilitate such a change even though the President is in support of such changes.

As such I think the focus of any debate that is going to actually make a change has to about why there are so many young men in America who fix their problems by shooting up their class mates.

They got the guy cnn live just said he is in custody and maybe injured also.
national.suntimes.com...

originally posted by: crazyewok
Why does this keep happening in the USA?

Mass murder is trending these days? I hope it's not contagious.

And nearly all mass shooters use guns that were obtained legally. 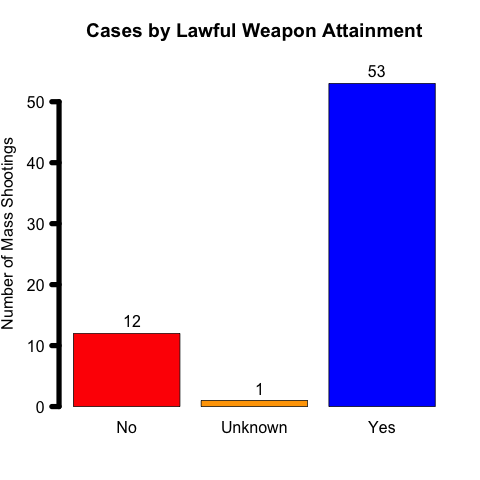 Think about it. Unless you are already involved in the seedy criminal world, its easier to just legally buy a gun. Most people don't know some sketchy black market gun runner. If you haven't had any major legal issues it's just easier to buy one.

Most of these people doing these mass shootings aren't career criminals with extensive ties to the criminal underworld.