"There is nothing to indicate that we are changing operations over Syria," a senior defense official said.

"We have had every indication in recent weeks that (the Russians) were going to do something given the build-up," another defense official added.

The move by Moscow marks a major escalation in ongoing tensions between the two countries over military action in the war-torn country and comes moments after Russian lawmakers formally approved a request from the country's president, Vladimir Putin, to authorize the use of troops in Syria.

The Russian demand also mirrors one made by Turkey this past July, when Ankara asked U.S. planes to fly only in airspace south of Mosul, Iraq. In that case, 24 Turkish jets bombed Kurdish positions, catching the U.S. off guard.

The Russian parliament also authorized Putin to send troops the Syria. The US already stated they are not going to withdraw their fighter jets. When Obama and Putin met at the UN they had a 90 minute long talk that Putin called constructive and frank. The point of disagreement revolves around Assad and his staying (Russia) or going (US / participating countries). Its kind of intesting to see this occurring after the meeting.

ETA - The links below were added when some people commenting in this thread raised the points. I figure the articles can be used as a timeline leading up to this to help people who are participating in this to get them close to the same page.

* - Russian parliament unanimously approves use of military force in Syria
* - Obama, Putin clash over role for Assad in Syria
* - Iraq steps up anti-IS coordination with Iran, Syria, Russia
* - Saudi Arabia insists Assad must go or be overthrown
* - AFP - Saudi FM: Assad must go or face 'military option'
* - Getting in gear for Yom Kippur Police and emergency services are on alert and Israel may have a new hotline to the Kremlin
* - ΔΙΕΘΝΗΣ ΠΟΛΙΤΙΚΗ H XEZΜΠΟΛΑΧ ΑΠΟΣΥΡΕΤΑΙ ΑΠΟ ΤΗΝ ΣΥΡΙΑΚΗ ΣΥΓΚΡΟΥΣΗ - "ΑΝΕΛΑΒΑΝ ΜΟΣΧΑ ΚΑΙ ΤΕΧΕΡΑΝΗ ΔΕΝ ΧΡΕΙΑΖΟΜΑΣΤΕ
* - Top NATO general: Russians starting to build air defense bubble over Syria
edit on 30-9-2015 by Xcathdra because: (no reason given)

Whelp this could potentially get Ugly.

posted on Sep, 30 2015 @ 05:21 AM
link
At least someone is finally doing something. Boots on the ground is the only thing that will end the disastrous war.

Huh? Boots on the gorund is wha lead to this conflict .

Baghdad (AFP) - Iraq, Russia, Iran and Syria have agreed to set up an intelligence committee in Baghdad, the government said Sunday, a further sign of Moscow's growing role in the region's conflict.

Baghdad said the cell would help harmonise often competing efforts in the fight against the Islamic State (IS) jihadist group, although Washington objected to Syria's role.

"It's a committee coordinating between the four countries, with representatives of each country, in the field of military intelligence and aimed at sharing and analysing information," Saad al-Hadithi, a spokesman for Prime Minister Haider al-Abadi's office, told AFP.

He said the cell would focus on "monitoring the movements of terrorists... and degrading their capacity".

Add to that the threat from Saudi Arabia reported on 29/9/2015 by AFP : Syrian leader Bashar al-Assad must leave office or face being turfed out by force, Saudi Foreign Minister Adel al-Jubeir said, rejecting Russia's bid to build support for its ally.

Things are heating up

Link added to the OP.

originally posted by: Kapusta
Huh? Boots on the gorund is wha lead to this conflict .

So far the Kremlin has stated they aren't planning on sending in ground forces but were open to that possibility. I am going to assume, based on other incidents, Russia will send in ground forces. I guess the next question would be how many and what type.

* - Security for their base / Assad
* - Fighting alongside Syrian government forces.
* - To take responsibility for certain areas to free up Syrian forces

posted on Sep, 30 2015 @ 05:40 AM
link
The Russian coalition needs to incinerate Saudia Arabia once and for all. Watch the world change, postmortem.

"Faced with these crimes that offend the human conscience, this bureaucracy of horror, faced with this denial of the values of humanity, it is our responsibility to act against the impunity of the assassins," Fabius said in a statement sent to AFP.


anticitizen
+6 more
posted on Sep, 30 2015 @ 05:53 AM
link
since the US planes have been flying over that region the IS forces gained in strength and expanded their territory.
so why are there US planes anyway?
there are lots of better ways to spend taxpayer money.

are US planes there to protect IS or what?

posted on Sep, 30 2015 @ 05:54 AM
link
Well, it was a long time coming. Russia finally showing their hand is either because Assad is on the brink and his Russia cannot let him fall, or IS are on being whittled down and Russia wants to intervene and claim the credit.

Thing is, Russia won't stop with IS. They'll be gunning after anyone who is against Assad. That includes the opposition groups who kicked all this off as a reaction to Assad's brutality.

According to a Greek article about the meeting two things were talked about.

1. The usage of a system to coordinate operations in Syria “to prevent misunderstandings between IDF forces and Russian forces.”

2. Also according to the Greek article was reported that : Among the leaders was discussed the Israeli exploitation of deposits in East Mediterean, once the pipeline that will transport natural gas to Europe will be located within the marine waters of Lebanon and Syria, Russia is the only power which realistically can provide military protection.

You can use google translate to have it in English.

originally posted by: paraphi That includes the opposition groups who kicked all this off as a reaction to Assad's brutality.

This is a critical point.

The US already said we would provide air support to the rebel groups (calling in ground strikes).


Apparently the main sticking point is the Assad question - Stay or go.

Aside from that both sides are going after ISIS and are in agreement there.


a reply to: anticitizen
If aircraft are not effective then why is Russia sending only aircraft?
edit on 30-9-2015 by Xcathdra because: (no reason given)

Well this totally hypocrite and ridiculous, from the source:

The investigation is based on photos?? wow, what about the next ones: 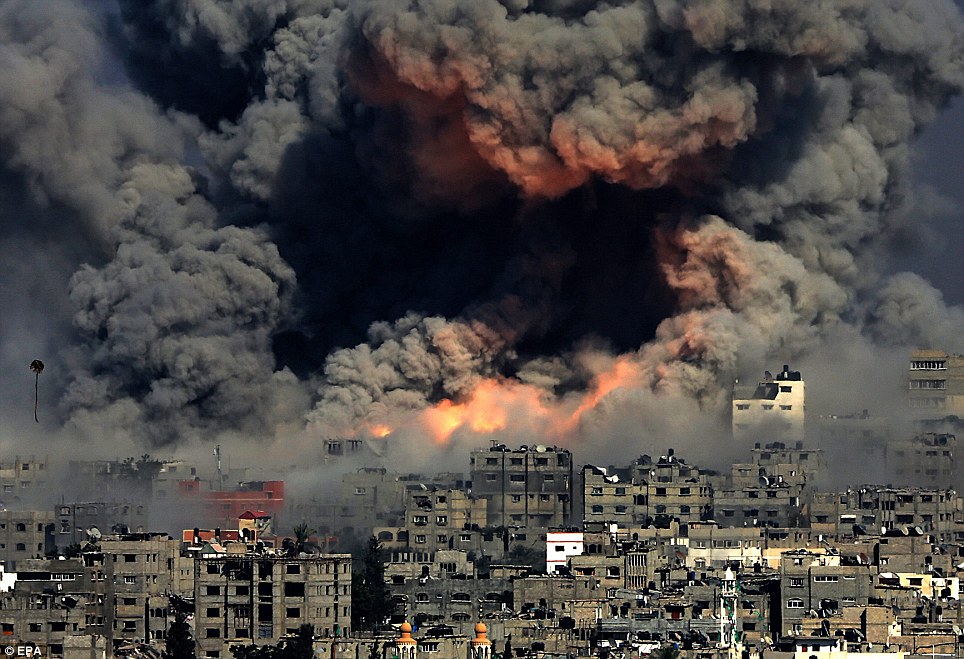 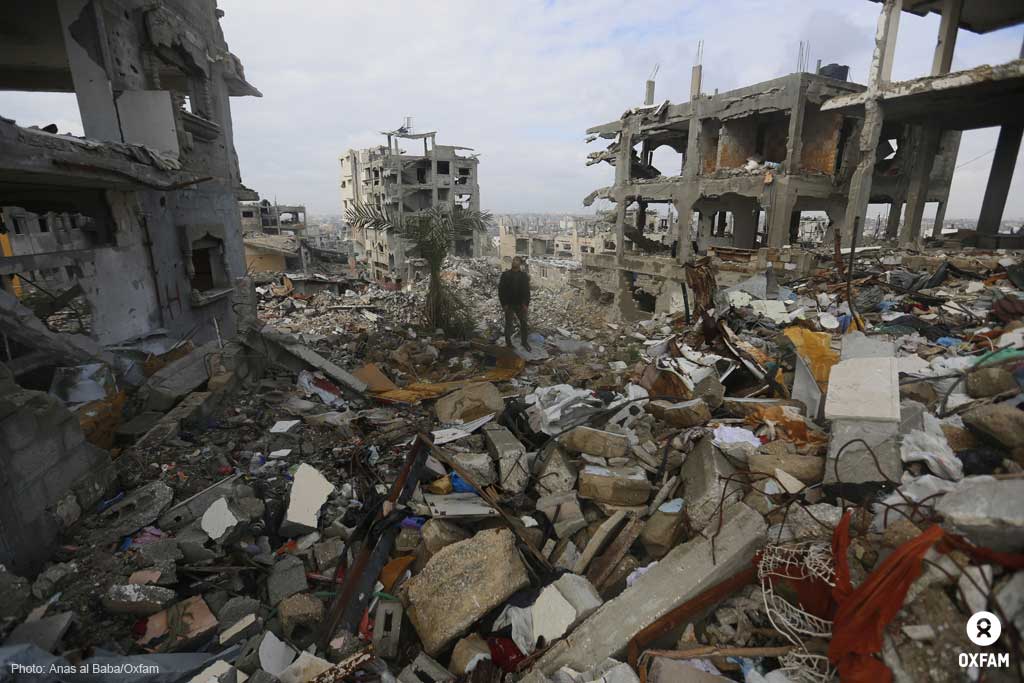 I could go on... Of course the hypocrites of the world lie to us every day. The killing and oppression runs free in Palestine, but yet no War crimes or crimes against humanity are pointed out by this very own "judges" against Israel..HYPOCRITES!
edit on 30/9/2015 by voyger2 because: (no reason given)

A guess on my part - It looks like France is setting the groundwork to justify the involvement in Syria based on the war crimes. In that scenario they could theoretically act while bypassing the UNSC.


Just more Western propaganda. It's Iraq all over again. How many fabrications can these power hungry oligarchs fabricate? Iran wants to nuke everyone, Sadam has chemical weapons and WMD, Assad is a bio terrorist on his own people. Does nobody see a pattern here?

"Hey Libya, Iraq, Iran, Syria, you don't wanna trade oil with petrol dollas? Well we're gonna bomb you to high hell." When are American politicians and Heads of State going to grow some balls and annihilate the puppet masters? Anyone can be gotten to. You just need to be more ruthless then they are to get the job done.

I honestly wouldn't give a damn, if the intentions were to form a one world governance/theology. But the main problem is the leaders of the West are jealously guarding technological secrets, and stymiieing human growth and progression. That alone is enough to abate this festering corruption.

Honestly, I hope Obama is smart enough to sabotage these treasonous oligarchs and let all the world's nations string them up, along with all of their progeny in Old Testament fashion., Obama could come out of this debacle an true American Hero, and genius.
edit on 30-9-2015 by trifecta because: (no reason given)

Listen to the man speak and learn for yourself. Much has been misrepresented by MSM

posted on Sep, 30 2015 @ 06:11 AM
link
I read something, or heard something the other day about the middle east, which really got me thinking. Why has the Isis, Alquada, blah blah stuff been going on so long? Because nobody is savage enough to do what is needed to stop the war. WWII the nuking of Japan pretty much ended their involvement. Most major wars end after one side or the other has lost enough.

I am not advocating turning the middle east into a parking lot, but there is not going to be an end until something serious is done. Regardless of the intents of the refugees, they are hungry and dangerous, and this violence is spreading through Europe.

Islamic State of Iraq and the Levant (Isis)


And the Atrocities these groups are committing?


I am sure you have all seen the grusome videos these groups post to the Internet, Using Children suicide bombers and worse, Beheading hundreds of people..


THERE ARE OTHER QUESTIONS UNANSWERED TOO.

You listed groups - Were you saying those groups are supported by the US or no?
Secondly all the media links you provided deal with what ISIS is doing.

I am confused as to what you are trying to say.